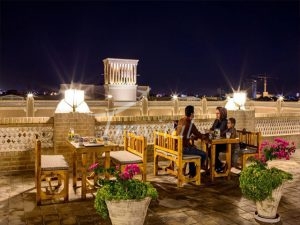 When it comes to discussion of traveling to Yazd, everyone think about the beautiful and traditional houses in there. The custom buildings which have caused this city called as the first clay city in Iran. It can be said this city has sustain its traditional tissue and has remained almost intact. Unique monuments with their creative architecture caused the name of this city registered in list of UNESCO world heritage. If you’ve decided to travel to this city it’s a pity if you don’t stay at one of custom accommodations of there. So join us in this article and we’ll introduce you some best of them.

The traditional houses in Yazd are kinds of great pleasure for our country and have given a special appearance to the winds city Yazd. When you walk in alleys of this city and watch the spectacular texture of that, it’s like you’ve traveled in time and you’ll get away from worries of modern world. Of course watching them only from outside can’t reveal the secrets behind them and it’s better to visit inside them as well. But at least nothing except staying one night at one of these traditional residences will give you the sense of people who lived in such houses once in past. It’s interesting to know that 323 cases of clay houses of Yazd have registered in list of national effects. If we want to compare this city with modern skyscraper-filled cities, it’s like a beautiful old picture or a great scene in a movie. Even if you’re not interested in history or old spaces, again you’ll love the maze alleys and narrow corridors of Yazd.

When you decide to travel to weathering city of Yazd you don’t need to have any special program and as you enter the region you’ll be amazed by watching special architectures and you would like to keep going on to the end. Keep in mind, if you’ve visited the city during the day try to visit it at night one more time because the combination of moonlight and the hanging yellow lights of alleys and streets shape a memorable sight. 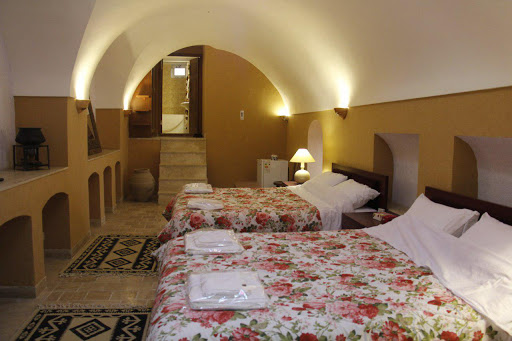 One of the most beautiful custom accommodations of Yazd is called Senik house. This building had been belonged to a Zoroastrian family and as they believed in good words, good deeds and good thinking they chose the name of Senik for this house which means 3 good things. The house archaism is about 200 years ago in Qajar period. Including features of this house can be mentioned are the space of 1000 square meters and having 13 rooms which are placed in inside and outside yards. It’s been tried to sustain the main features of architecture in house rebuilding while adding new needed facilities. The underground is used as a gallery and different names in Shahnameh are used in order to name the rooms. 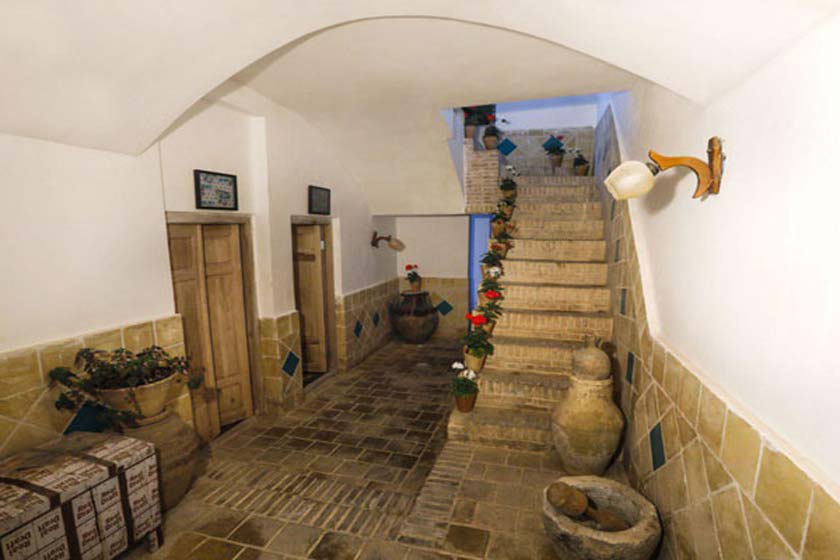 One of the other traditional accommodations which are placed in historic texture of city is Toranj hotel. In order to enter this hotel remained from Qajar dynasty period you have to pass from a big wooden door and then enter a hall that ends to the yard. It’s a beautiful yard which the smell of its slick walls combined with colorful glasses and tall chambers all together have shaped a spectacular view.

Of course you don’t need to be worry if you have trouble with staying at old places because the inside of this hotel has been rebuilt while it’s sustained all its old elements and has been also used as a hotel from 2017.

There’s a restaurant at a corner of yard which serves different types of local and vegan food. If you would like to drink a cup of coffee, there is one coffee shop on roof which is also a great place for watching stars at nights.

Mean while, in order to name the rooms, different types of local clothes names have been used and inside the rooms also has been decorated with those clothes.

Facilities in this hotel include; both flush and squat toilets, opened top restaurant, free WiFi, easy access to sights of city 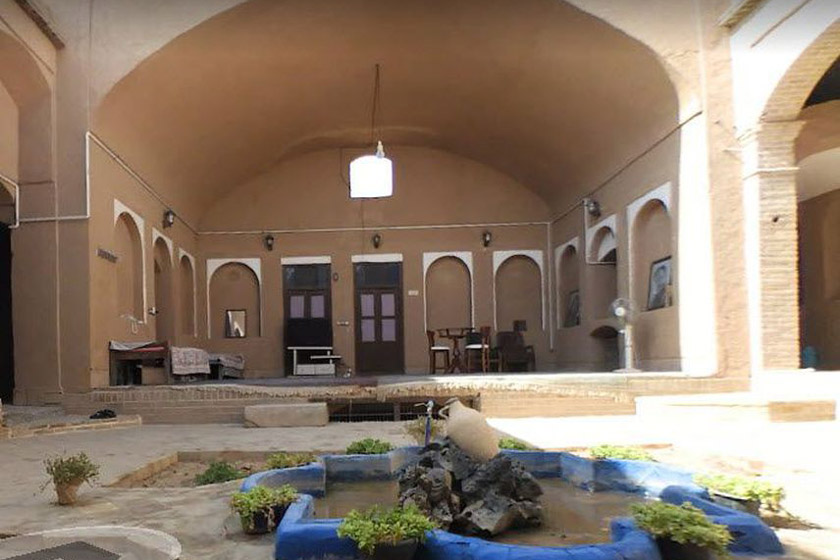 One of the other Qajar houses which had been built about 250 years ago and passing some days in it could be quite memorable for you is Golkar house. A young couple runs the management of this clay house at present. It’s a house like other custom houses which is made of clays and mud with wooden doors, colorful glasses, central yard, blue pond in middle and lots of other old elements. 15 persons can stay in here at the same time and there are facilities like; air conditioner, TV, Wi-Fi, bath and WC (shared). 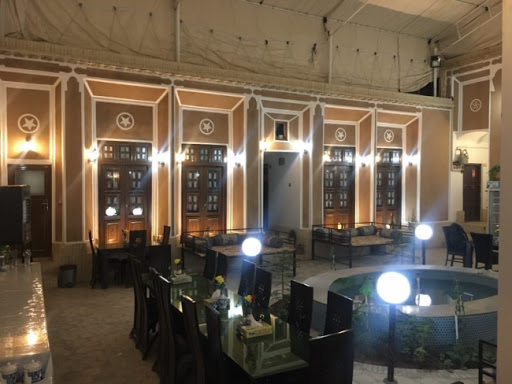 This case of traditional residences is somehow younger than the others we’ve just introduced and 50 years are passed since its construction. It’s been used as a residence for travelers since 2017 and has 8 different rooms for hosting the guests and the staff behaves quite professional and welcomes you very warmly.

In order to enhance the beauty and more decoration, and of course sustaining traditional atmosphere, old custom objects have been used in interior of house. This complex has facilities like; car park, TV, free WiFi, laundry, bath and W.C shared in yard.

If you would like to there are tour leaders in this hotel who can help you for watching the sights of the clay city. 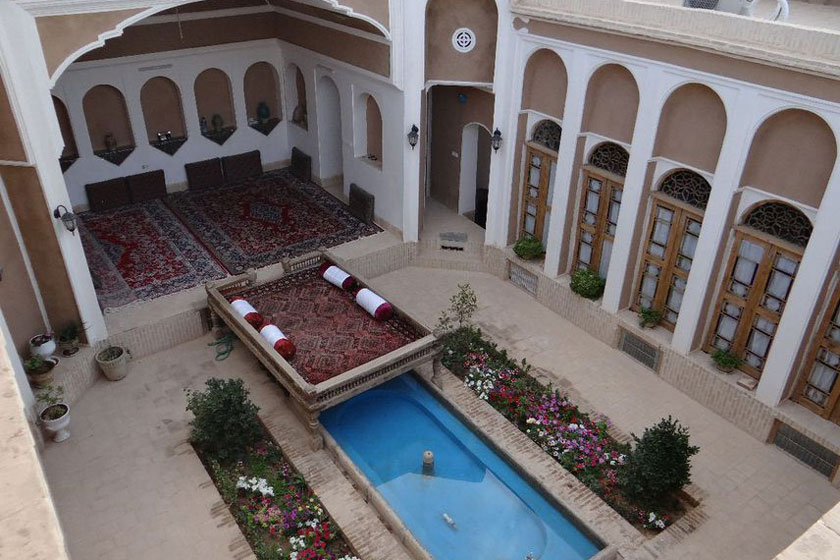 This house is another traditional house in Yazd which was made in Qajar dynasty period about 160 years ago and it has a great easy access to downtown.

The architecture of here is like any other traditional house in Yazd with a big yard and pond in middle which is decorated by some flowers pot and some wooden beds around it for guests in order to relax and also special weathering towers for summers. The space of this house is about 320 square meters.

20 people can reside here at same time in 6 rooms with facilities like; shared bath and toilet in yard, safe box, tour leader and free WiFi. 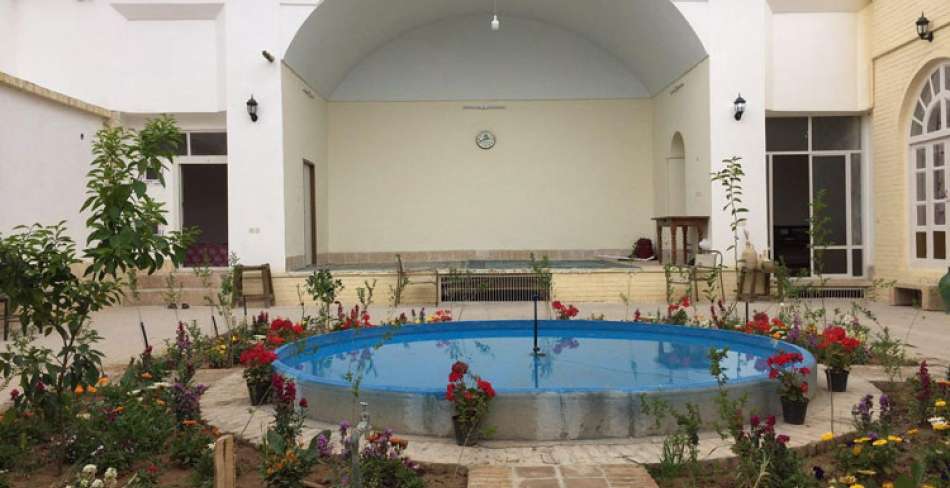 This is another traditional house in Yazd which was constructed about 70 years ago. This complex has 6 different rooms and 35 people can stay here at same time. Here has been rebuilt recently while it has sustained all its old elements and it’s just about one year it’s used as a hotel.

The spectacular attractions of city are located in 2 km distance of here and you can access there easily. Including facilities in here are; car park, safe box, lobby, taxi service, internet and air conditioner. 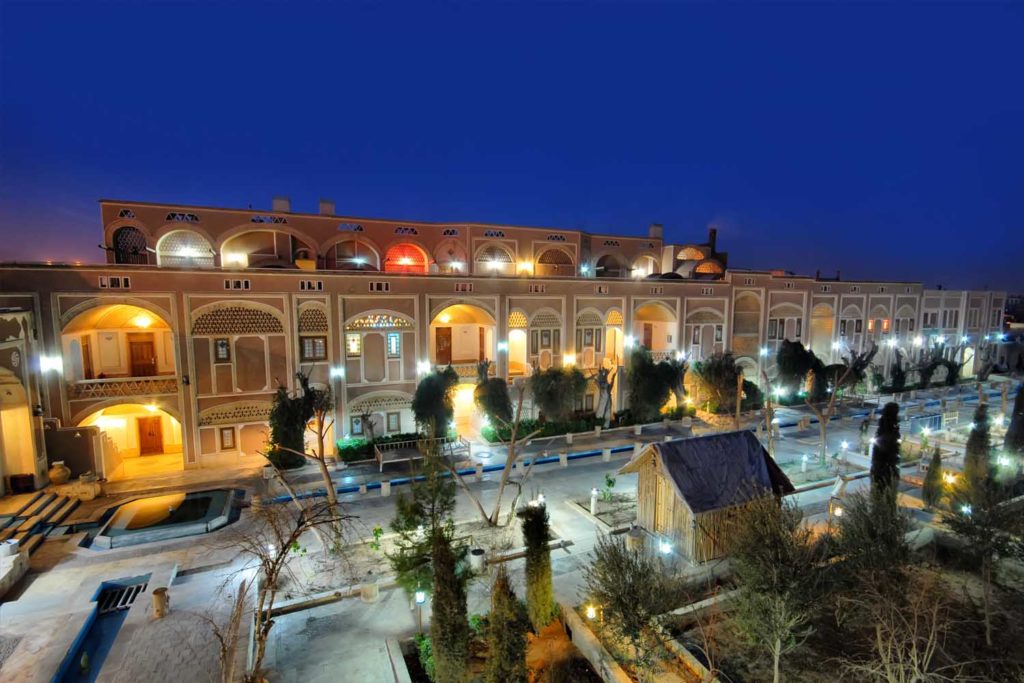 Here is a bit more expensive than other places we introduced. Any way you’ll receive the services of a 4-star hotel. Moshir Al-Mamalek hotel is placed in historic texture of city. It’s itself one of the attractions of this city and its name has been registered in list of national heritages. It can be said that here is the first Iranian garden hotel which has 13000 square meters space.

There are water fountains, ponds and water streams that make the space cool. Access ways to the hotel pass through the trees and look like a green tunnel of trees. Facilities include traditional rooms and suites, some restaurants, coffee shops, high-speed internet, taxi service, ATM, seminar salons and trained staff.

Adib Al-Mamalek Hotel is also one of the traditional residences of Yazd which was built in Qajar period and it can be said more than 200 years passed since its construction. Its texture is completely in accordance with the architecture of Iran’s desert regions. It has a king room, a spectacular hall, upstairs rooms with two doors or three doors, and it is not necessary to mention that, like other Iranian buildings, the symmetry has been fully respected. One of its attractions is the traditional bathroom and its crypt.

Address: No.83, the end of Lab e Khandagh, Yazd