Introduction of the stair-stepped villages of Iran

According to the different climates in Iran, different architectures have been created in various parts of this country as well. In many parts of Iran for special climate we have stair-stepped villages on hillsides. In these kinds of villages the yard of every house is actually the roof of another house watching such a scene would be quite absorbing. In this article of Travital we will introduce you all the stair-stepped villages of Iran. 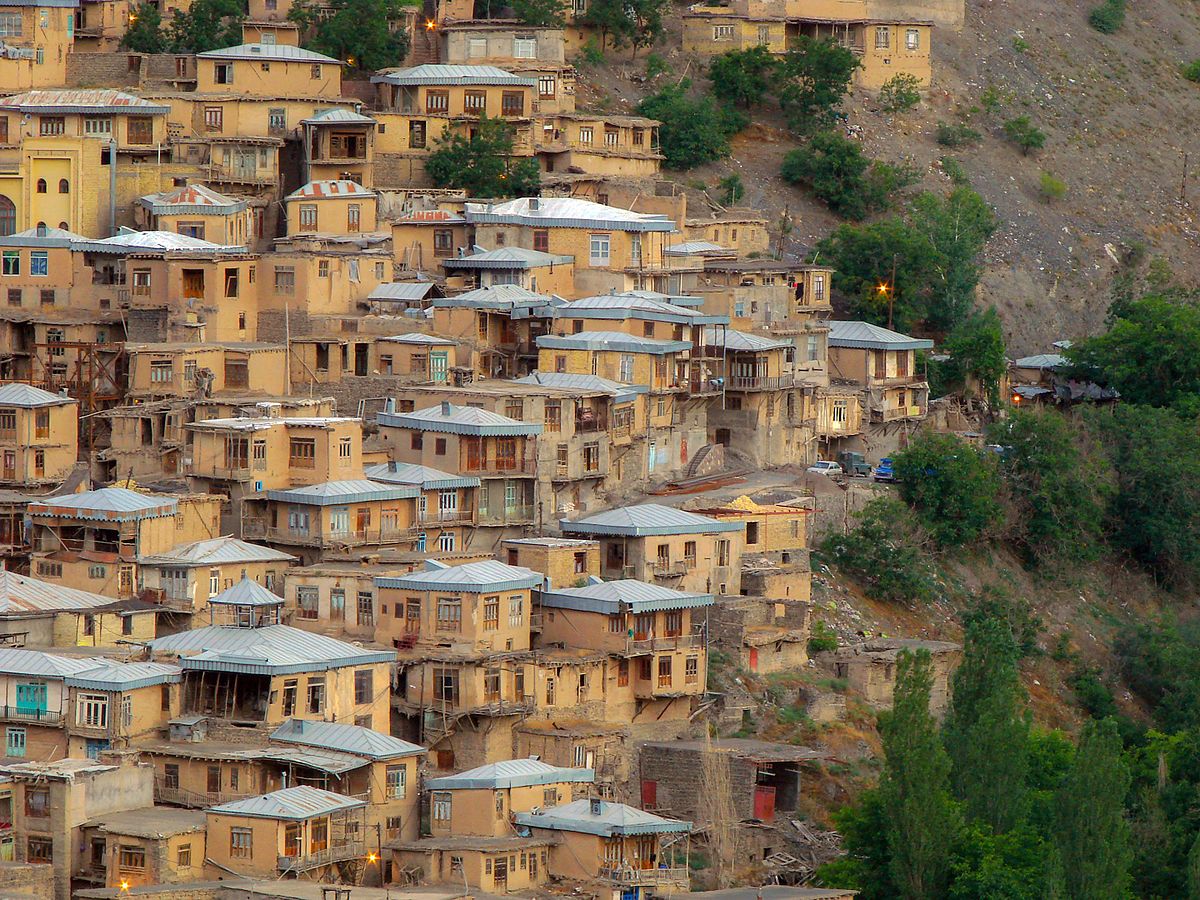 Kamyaran city in Kurdistan Province is one of the Iran’s regions that have many natural attractions. The Palangan Village is one of the stair stepped villages in Iran existed in this area on the 45th kilometer of Kamyaran city. The archaism of this city returns to before Islam arrivals and for having great beautiful Fountains and valleys in distance of 800 kilometres to the village, it has got a very beautiful view to the village. The climate in here is warm and middle and no vehicle is allowed to go to the village.

The population of this village is almost about 1000 people who having some little speech with them can be enjoyable for you.  The great climate of this region caused many nomads migrate here with a kind of attractive ceremony.

There’s a region similar to paradise in east Azerbaijan placed in heart of high mountains with a beautiful green color. This village has a very blue sky that can surprise you along with the beautiful songs of birds. The production of silk has been very common from very past years up to now. The ancient cemetery, marble inscriptions from 9 and 10 centuries show you the great archaism of this place. Don’t forget to try custom women’s birds. 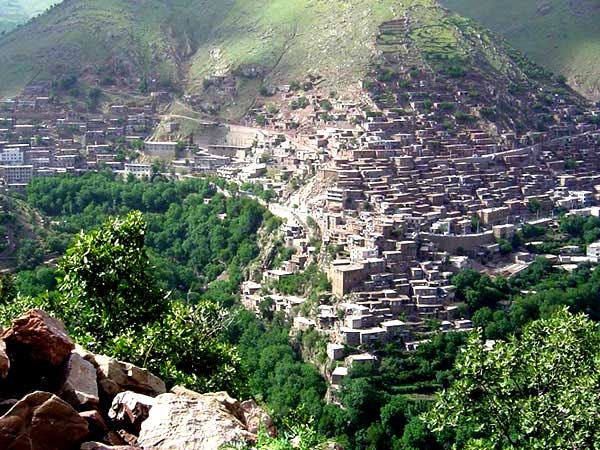 Another stair stepped village of Iran is located in Kurdistan province. This village is one of the strongest touristy spots of the country and attracts many tourists every year. This beautiful mountainous region is placed between the border of Iran and Iraq and in order to get to there you should go to the distance of 65 kilometres to Marivan. One of the reasons make this village so attractive is two special ceremonies hold up in here, in addition to the great climate and the pristine nature, the type of food and people’s style attract many tourists to Uraman village. 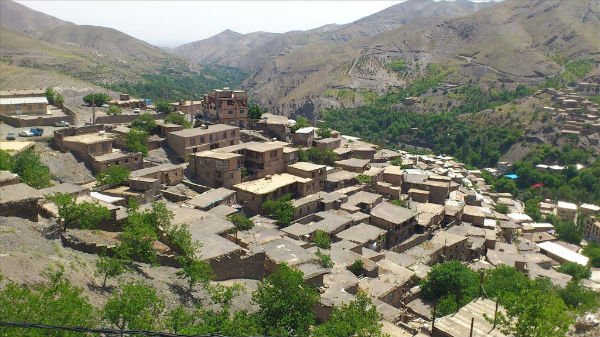 On the slopes of Binalood Mountains there’s another village stair stepped shape named Kang. This village located on the 19 kilometres of Torghabeh and 29 kilometres to Mashhad and it can be considered as a Masuleh before the arrival of Islam. The inside architecture and houses constructions is as same as the Masuleh Village in north of Iran. An ancient 150 years old Mosque exists in this village, older than any other building.

There’s a tourism village in Bojnurd with a great climate, counted as one of the stair stepped village of Iran. There’s also a fountain in 3 kilometres distance to this place which caused this village attracts many tourist to here. Furthermore there are some ruined towers in this village which are really ancient. In this village you can watch many waterfalls, valleys and historic castles. 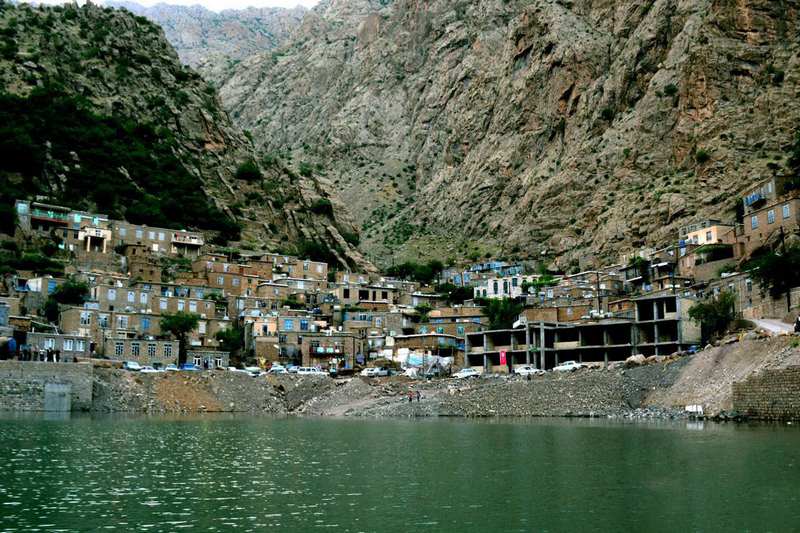 In heart of Kermansha’s mountains slops, there’s a village called Hajij where is one of the most attractive places of the region. This village is located on 25th kilometres of Paveh town that has a maze path and is actually one of the most amazing villages in Iran. This village’s houses are almost made of stones and designed in a stair stepped shape. Bol Fountain is the most important attractions of here that its water goes to Sirvan River, the water of this fountain doesn’t get low in any season of year and counted as one of the best mineral waters of the world. 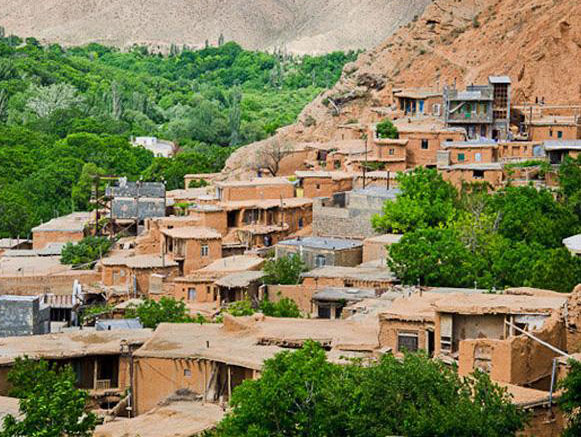 This village is placed in maze alleys of Bojnurd and in one of the valleys in south of Aladagh Mountains. Here is filled with apple trees and when you go to this village in spring, you’ll find yourself in a place like Paradise. The archaism of this village is about 500 years old. The holly shrine existed in this village and also ancient hills make this place to one of the most absorbing stair stepped villages of Iran. 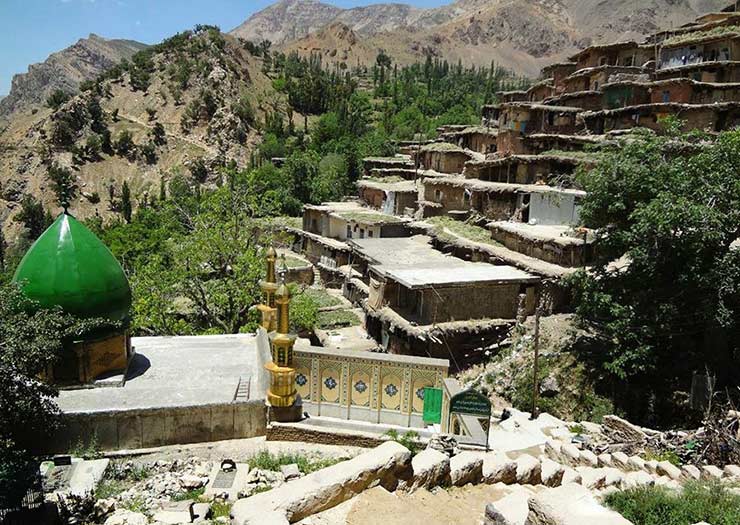 There’s another beautiful village among the Bakhtiari province’s Mountains. This village is located in 140 kilometres to Shahr-e Kurd and has a high reputation for having clay houses and stepped architecture. In addition to the great architecture, walnuts trees and beautiful fountains have made here even more absorbing. The spring and summer are the best time for travelling to Seyed Kuhrang village. 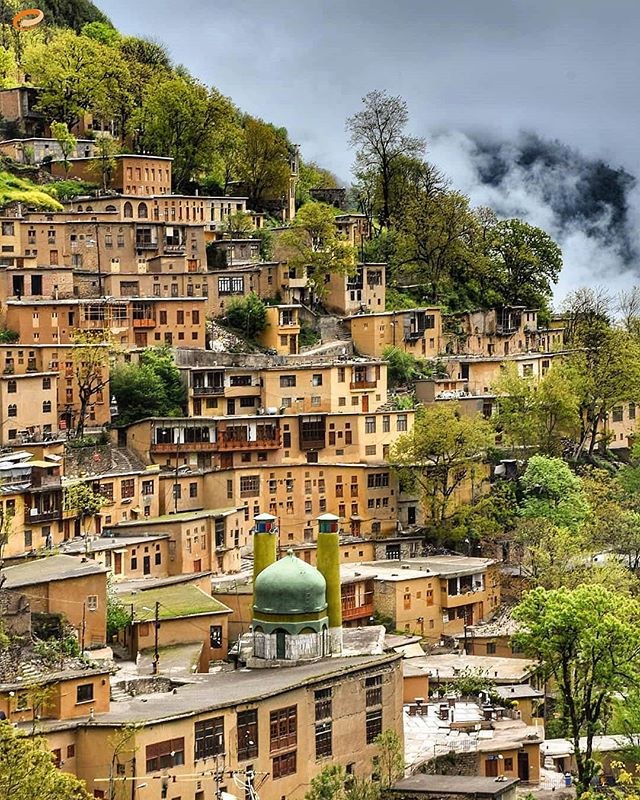 This village where today is almost changed to a city is one of the most popular tourist attractions of Iran and is also the most prominent examples of stair stepped architecture in the world. This place is located in 65 kilometres of the west of Rasht province, 1050 meters above the sea level and so you won’t get disturb even in summer as the climate won’t be so humid. Masuleh has almost about 800 to 1000 years archaism and also the best natural sights. 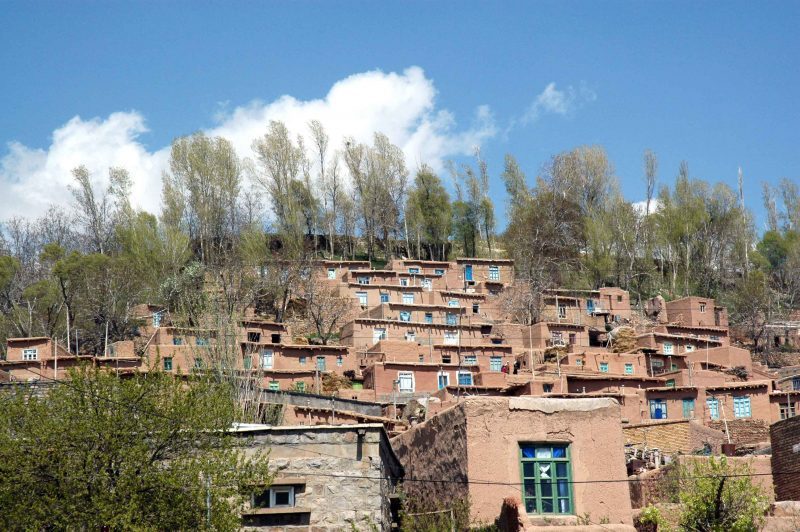 Zonuzaq village in east Azerbaijan has about 800 year archaism, it’s actually the biggest stair stepped village of Iran and consists of a very big and lush area. The place of this beautiful and green village are very nice and warm. There’s are many attraction in this village that the old cemetery with inscriptions related to the 9 century, the castle and the Mosque, Damjiqiah Waterfall and castle Dam.  In addition to all these attractions you can go to the delicious part of this village. The houses roofs in summer is filled with apricot to get dried with sun, it’s actually a way of subsistence.