Introduction to the Shovel Swinging Ritual

As you know Iran is a country with rich history and in every historical period of time different governments ruled this country and this has lead to creation of different ceremonies and rituals which each of them represent the thoughts and culture of a part of this large country. The ritual that we want to talk about on Travital is the Shovel Swinging ritual. This ritual is more than 2000 years old and it is being always transferred to the younger generation by word of mouth and and is performed annually before harvesting spring crops to appreciate the water goddess. Keep up with us on Travital to know more about the Shovel Swinging ritual. 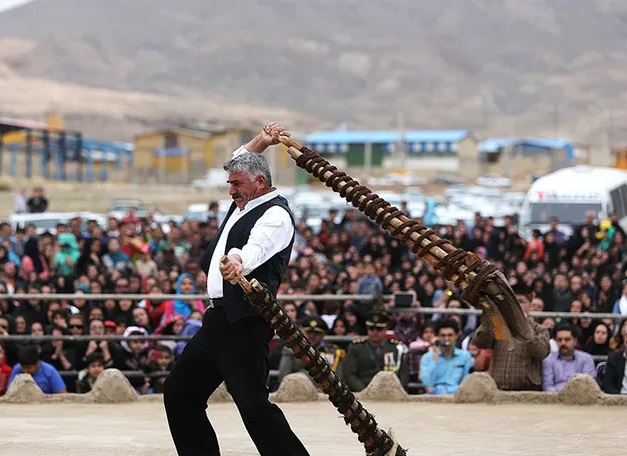 As we mentioned above, Iran is a vast land with many different cultures and traditions, one of which is the 2000 year-old shovel swinging ritual that has been kept alive for generations. In fact, this ritual is a symbol of thanks to the goddess of water and has its roots in the water and irrigation culture of the people, and is believed by the people of Nim Var to be a blessing to many in the spring. Various segments of the population of Mahallat had an enthusiastic presence at the ancient ritual and welcomed the spring cultivation by this ceremony.

In ancient times, the people of Nim var historical city maintained this annual spiritual ritual when water paths were blocked by mud or the growth of saplings and weeds in March and early spring. The water flow became too slow to feed the fields and with the announcement of the city elders and with the help of each other they cleared the ducts. 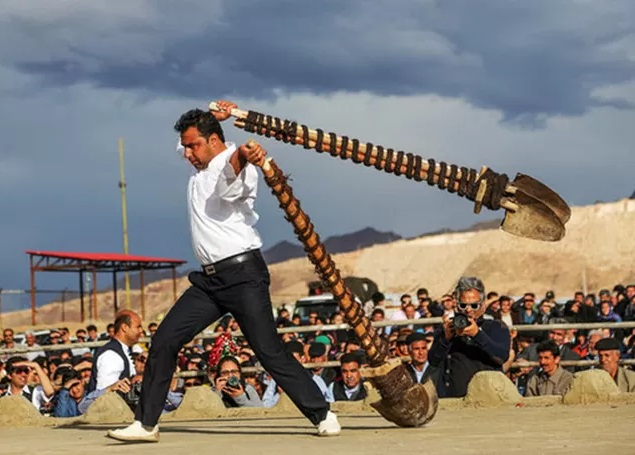 In order to dredge the ducts, the shovel men had seven special shovels, which were used to describe the groves of the orchards, and they were divided into four and three batches, and the shovel men bore these shovels with skill and power in the opposite direction and they rotate the shovels overhead.
In order to perform this ritual athletes or shovel men rotate 2 set of shovels weighted 32 kilograms between 5 to 30 times. During this rotation they pray and with the intention of moving the seven skies and raining they show their strength to the people of the region. 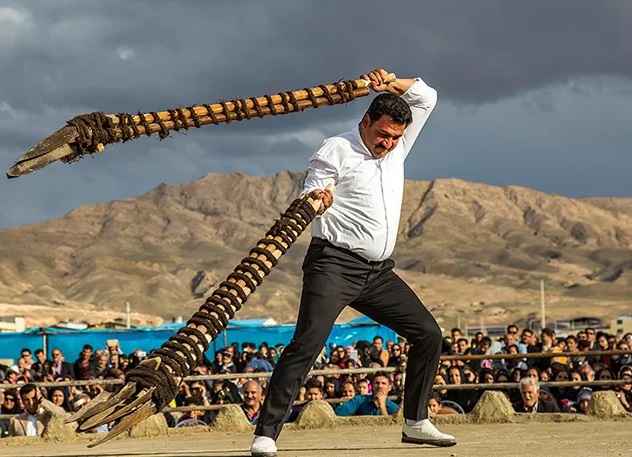 This ancient ritual takes place for several days and before starting the Shovel Swinging, the participants march to the venue on a special platform in the center of Nim Var.
“The revival of ancient customs is on the agenda for this year to boost the tourism industry and boost prosperity,” the governor of the Mahallat said on Friday. Ali Zeinwand said about the Shovel Swinging ritual: The ancient customs of the Nim Var especially the Shovel Swinging are considered as one of the important tourist attractions which have the capacity and we can use it to introduce the potential of the city, creating employment and economic prosperity.

Zeinwand also goes on to say that a society without culture has no identity and that cultural and social issues are part of the identity of the community and that the work that emerges from within the people is respected. 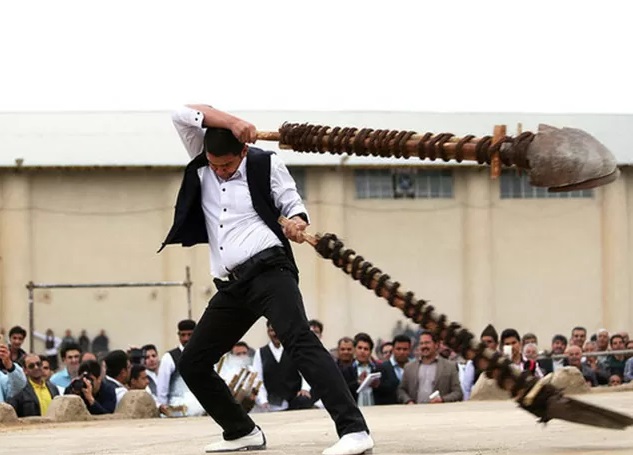 Nim Var is one of the historical cities of Iran, located in the central part of Mahallat district of Markazi province and is located 250 km south of Tehran and dates back to the Sassanid and Parthian period. According to the historical divisions, this city consisting of the Medes to the end of the Sassanid rule and is known as the period of ancient Iran. Among the regimes of ancient Iran, the two Parthian and Sassanian regimes, which were among the supreme powers of the ancient world, had the longest reigns and ruled over many lands alongside Iran for more than 900 years. As you know, Iran is a vast land, and in place of the lands dominated by these inscriptions, huge monuments have been erected to the memorial, which are also documents to preserve the times that existed around this period. Nim Var County is one such case. The history of living in some parts of the city, such as the ancient hills and the cave of the well of Bagherabad, goes back to the third millennium BC. The region is geographically south of the Qomrud River and north of the Atashkouh Range. 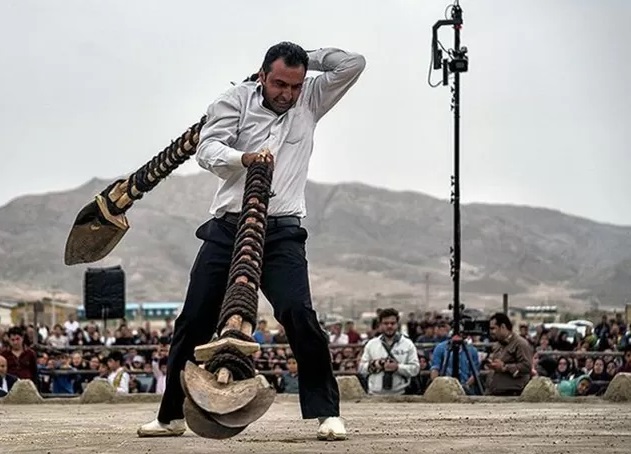 The Philosophy Behind Naming The Nim Var Town

There are many historical sources about the city of Nim Var that they all agree of the time of the city’s flourishing which is in the Sassanid period but they differ on the way the city has gotten its name. Some of the historian believe that the name of the city was Aavard which means battlefield and after the wars were over in Parthian period, the city was named Nim Aavard that after passing time it was finally changed to Nim Var.
The word “var” in Pahlavi language means fortress, and the remnants of the great fortress surrounding the city suggest that the city was a midtown fortress, hence the name. However other historians believe that naming the city had another reason and during the second dynasty of ancient Iran (Kiyanian) which was named in Avesta, Homay the daughter of Bahman, one of Kiyanian kings was nicknamed Nim Var. According to this theory, the founding of this city is ascribed to this historical figure. In addition to antiquities in the Nim Var region, there are also works from the Islamic era and recent centuries that can be of interest to those interested in historical attractions.