What are the Semnan tourist attractions?

Semnan is also one of the big provinces of Iran which located in south of Alborz mountain and north of Kavir flat. This city is also located on Tehran-Khorasan road and occupied many tourist attractions. Semnan province is consists of several parts that each one has different attrations and sights and are a great option for tourists. The great and untouched nature of Semnan province is considerable alone in these different parts in a way that with travelling to this city and then Shah Mirzad and Mahdi Shahr you can get the experience of two kinds of climate with passing only 20 kilometers. In this issue of Travital we’re going to speak about tourist attractions of Semnan province in Iran separated by its different parts. Join us in next parts and get familiar with this province and its attractions more.

The Arg gate of Semnan

The Arg gate with 7 meters height is one of the most important and popular historic monuments of Semnan whih its archaism returns to Qajar period and its design will surly gets your attention while you’re passing along it.

The Jameh Mosque of Semnan

One of the historic and old buildings in Semnan you can encounter with is Jameh Mosque of Semnan. Many people believe this mosque has been built in the first AH century on the ruins of a fire temple.

One of the most beautiful historial campaniles remained from Seljuk period, is located in east north of Jameh Mosque in Semnan and next to eastern hall, called the campanile of Jameh Mosque.

One of the most beautiful and important historic attractions of Semnan, is Imam Mosque. This mosque is considered as a four portico building in terms of architecture.

Address: against the Tir Andaz Square, south side of Imam St, downtown, Semnan

This ancient bath is related to Safavid and Qajar period and its one of the 9th century’s buildings, changed to a museum after repairing in 1367 AH.

Other attractions in this city:

The other city in Semnan province is Shahrud which is also considered as the attractions of Semnan. The Mojen village is located in Shahrud and it has acquired the title of desert Masuleh of Iran. This village placed in 35 kilometers of west north of Shahrud.

One of the rare and unique fountains of Iran is located in 25 kilometers to north of Shahrud. This fountain attracts any viewer.

This park in Iran is popular as the Africa. The park has pristine nature and beautiful scenery. It is interesting to know that this park carries the title of Iran’s second wide protected complex.

There’s a village in Shahrud named Reza Abad that in fat is a desert village. The sand hills of this desert have tall clay hills and the other side of it has flat plains and sand dunes.

There’s a village named Ghaleh Bala next to Khar Tooran Park which is remembered as the Green solitaire of Tooran. The architecture of this village is same as the Mechen village and gets every newcomer’s view.

The anemone plain is another beautiful spot in Shahrud city and we suggest you to visit it in September in order to see the Sunflowers. 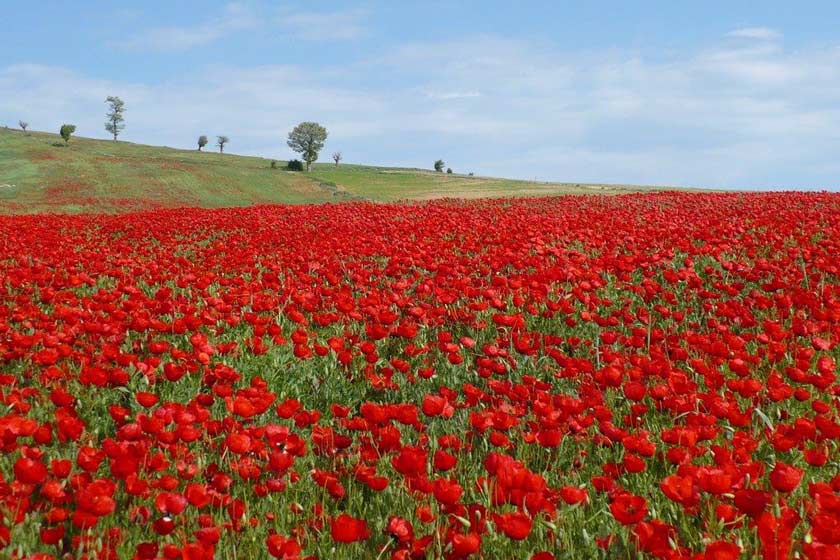 The other attractions of Shahrud

See other attractions of Shahrood

The attractions of Garmsar

There are some mountains in Garmsar with strange geological folds that attract many travelers every year. The mountain has red, brown, and white stripes intertwined that create a special structure.

One of the most mysterious Iran Deserts is Rig Jen Desert. We suggest you bring a professional with yourself if you want to go to the desert.

Address: the border of Isfahan and Semnan provinces, the west south of Kavir plain, the central desert of Iran

On northern slop of the Black Mountain in south of Garmsar, there is a complex named Siyah Kooh which is also placed on the ancient way the Isfahan-Kashan-Khar-Khorasan. The collection of these buildings is known as the palaces of Ein Al-Rashid, Shah Abbas, and the shrine, representing the glory and the past grandeur of ancient Iranian architecture. 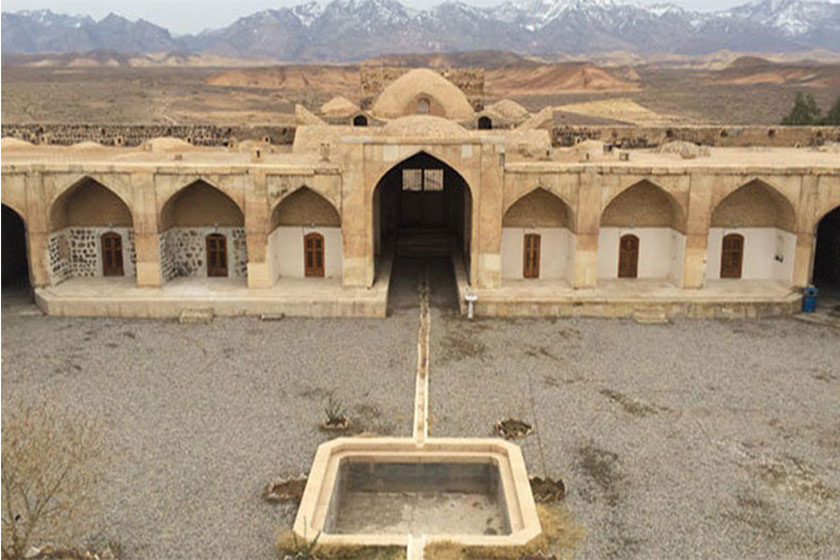 One of the deserted areas in Garmsar is the Garmsar Flat with a length of about 48 km east to west. 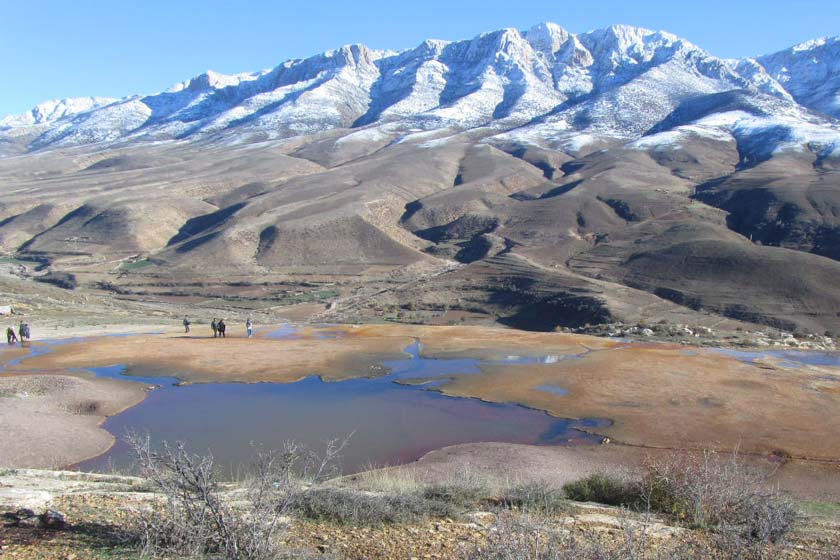 One of the attractions on a trip to Garmsar we recommend to visit is Ghalibaf Village. The village is located in a desert town and has a very good climate. The village of Ghalibaf is 34 km from Aradan, near the forbidden hunting area. 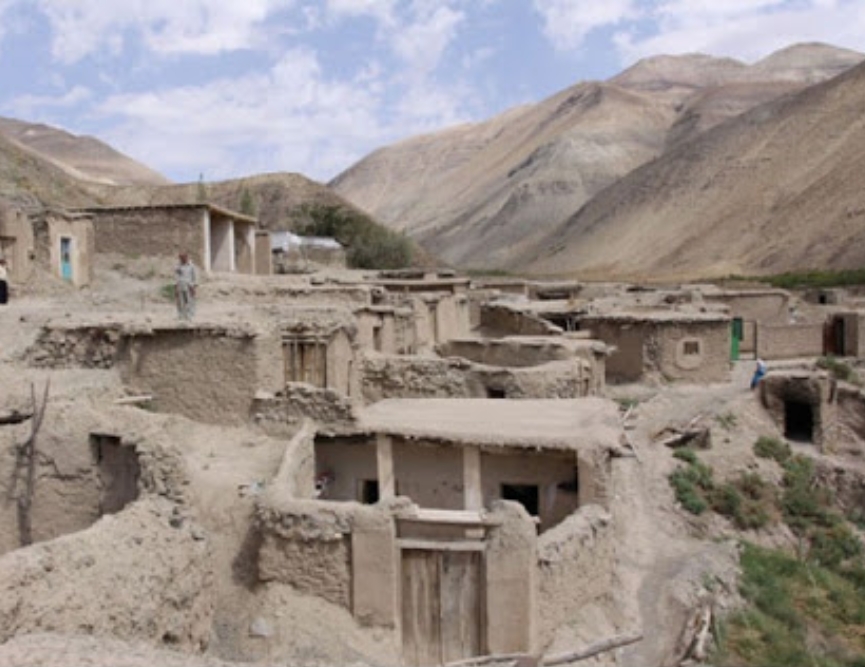 Garmsar city has a salt tunnel known as the largest salt mine and tunnel in the Middle East. Currently, there are 40 salt tunnels with a major share of salt extraction in the country. 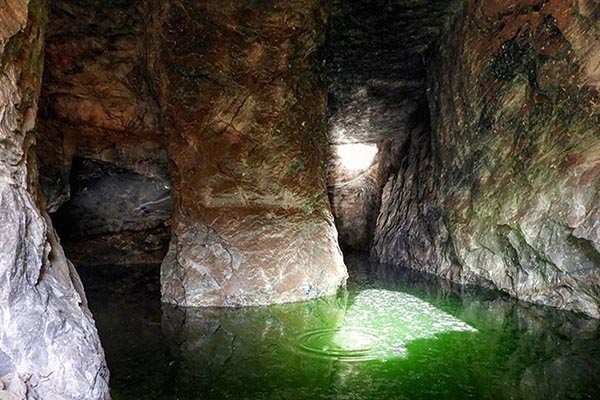 This area is historically and militarily important due to the ancient settlement of Boneh Mount on Garmsar road to Mazandaran. The ancient attractions of this area are; Stonavand, pebble hill and Gabri Castle. 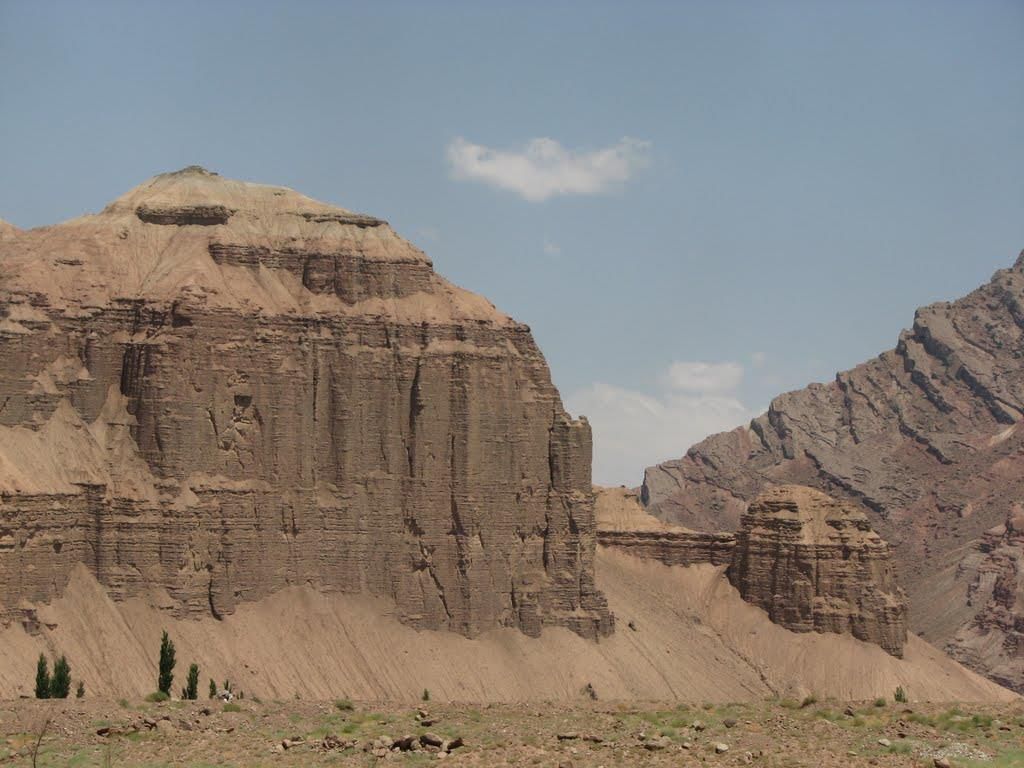 Three other attractions in Garmsar that you can visit if you like:

The construction of Zangoleh Dome, one of tourist attractions in Damghan, goes back to the Ilkhanid period. Others believe that this is the tomb of Manouchehri Damghani, an Iranian poet. 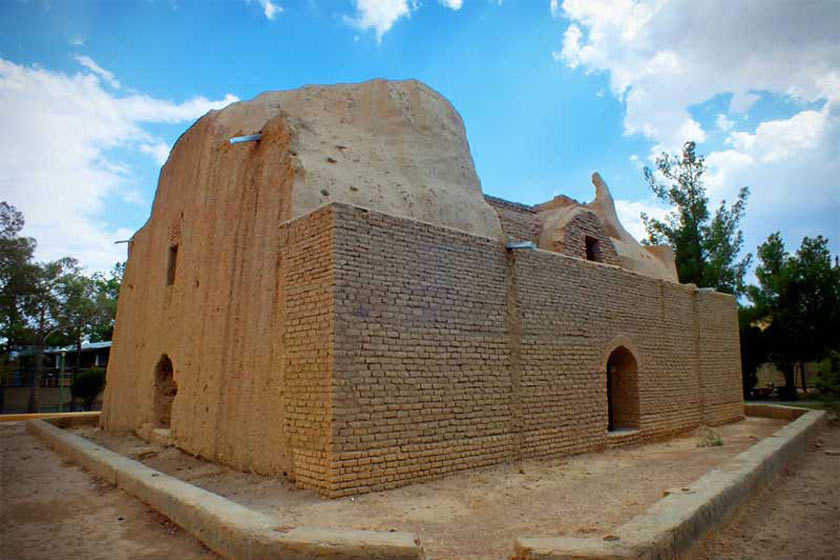 It’s a historical mosque constructed in east north of Damghan city. This mosque was registered in list of national monuments. 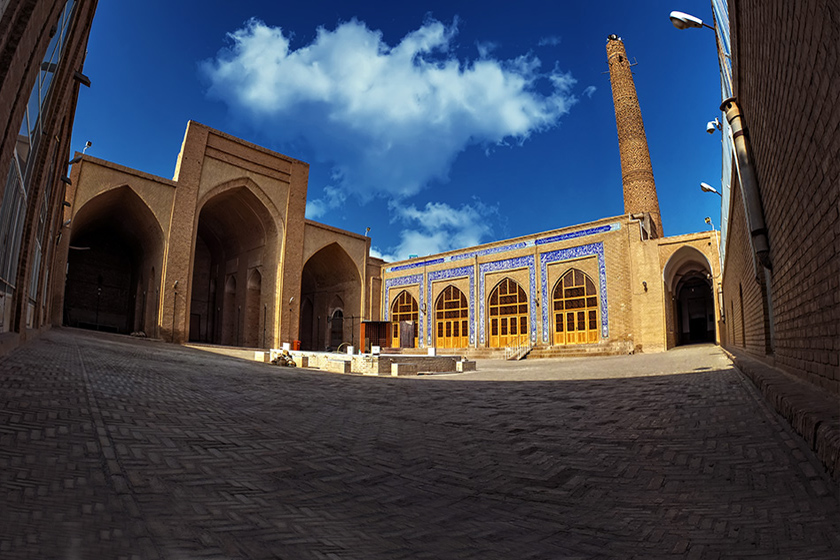 It’s a tower that we have also a similar example of it in Rey in Tehran. This tower is known as the Masum Zadeh Tower as well. Its main dome is collapsed and according to inscriptions on it, the tower archaism goes back to the lunar year 490, in Seljuk period. 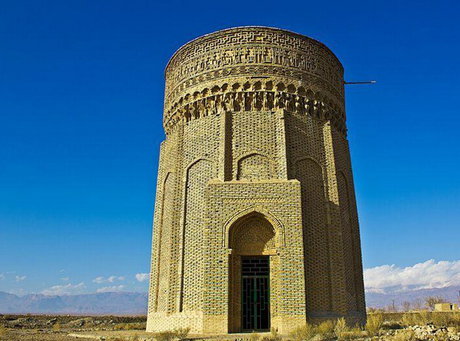 One of the most popular historic monuments of Damghan city which put in list of Semnan tourist attractions is this tower. The date of construction goes back to 1054 AD. 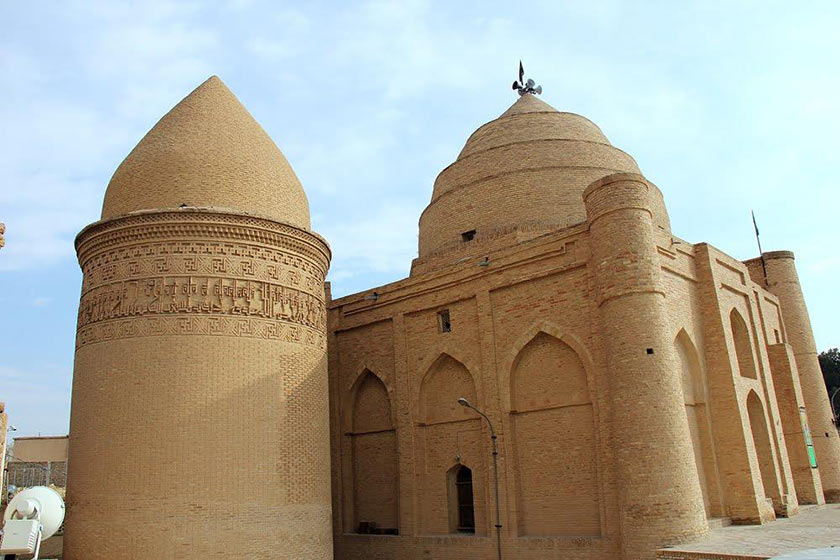 Another tourist attraction of Semnan which is located in Damghan is Shir Band Cave. This cave that geologists estimate its archaism about 136 to 900 million years ago has 900 kilometers length approximately and the air inside it is quite cool and humid. 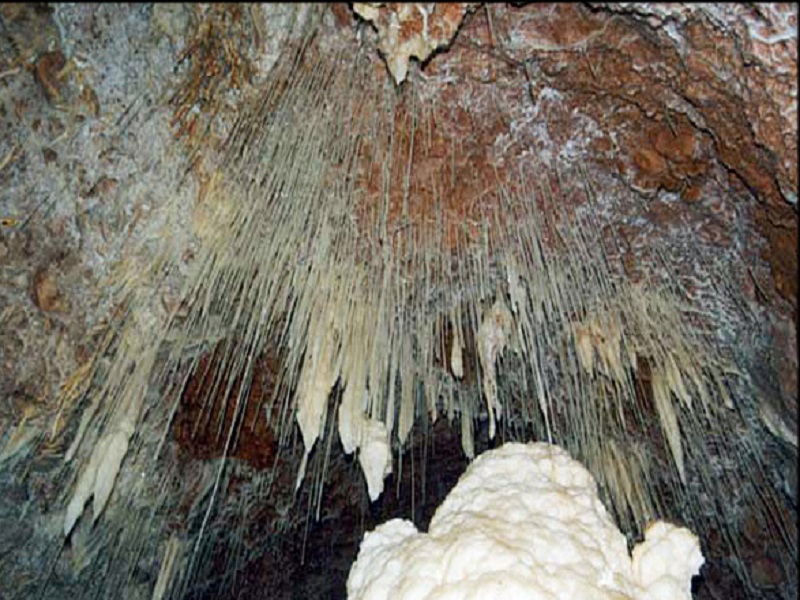 This tomb is belonged to the ruler of Qumes State in Ghaznawi period and inside it there is a Kufic inscription. 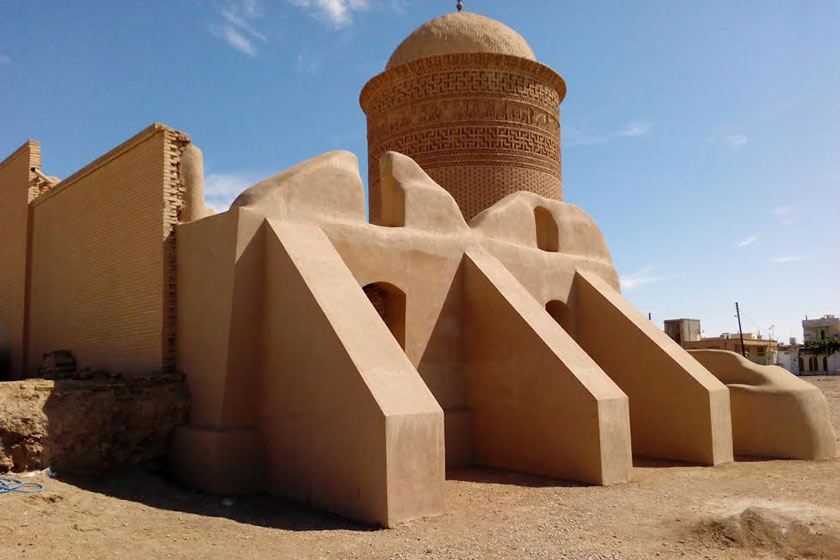 There’s a salt lake in south of Damghan that is located actually near the Hasan Abad village. You will also see lots of mud castles and monuments along this way. 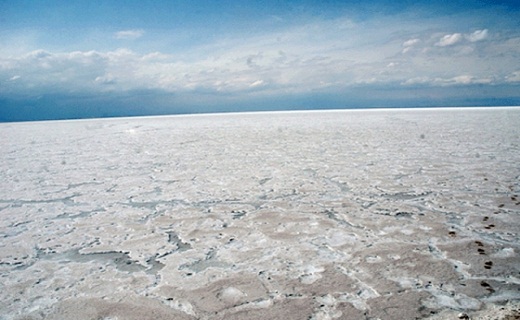 In south of Damghan, there are Martian hills that Russian and Ukrainian astronauts have described as similar to places on Mars. During your trip to Damghan we recommend not to forget these hills as one of the most popular tourist attractions in Semnan. 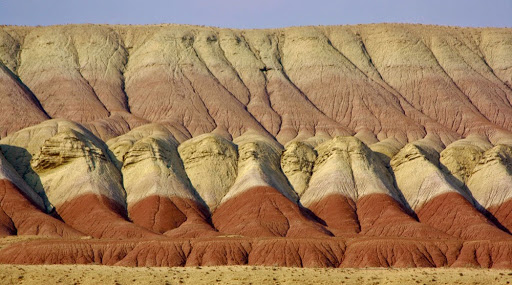 In the most northern part of the lush valleys there is a Fountain called Angurestani. The water of this Fountain, because it comes from the mountains, is very digestible and drinkable. 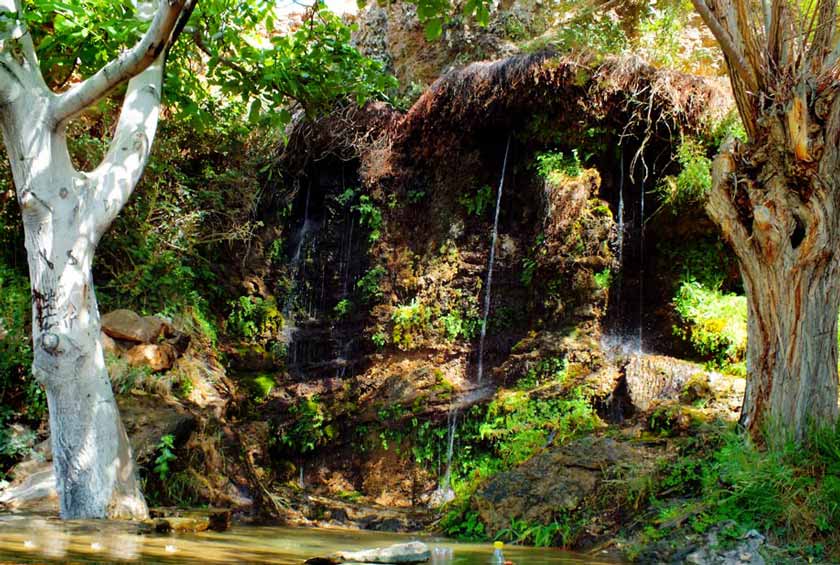 Some of the other attractions in Damghan

If you have any experiences in these cities, please share with us in comments section.