Introduction of 12 attractions in Lorestan Province

Khorram Abad is one of the most beautiful cities in Iran which has many sights and attractions. From spectacular waterfalls and exciting historic Sights, you can walk along the lake and get rest beside it. If you are a pilgrim, you can visit the shrine. The Khorram Abad city is the place where all these attractions are put in it together. Lorestan province and Khorram Abad city have many places to visit, and the Travital team intends to briefly explain some of these attractions of Lorestan province to you in this article.

A journey to the beautiful Aligudarz city in Lorestan province 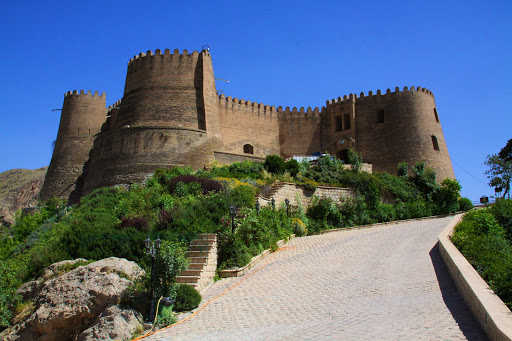 In fact, Falak al-Aflak castle can be introduced as a symbol of Khorram Abad city and one of the most famous attractions of Lorestan province, a castle that you can see from all over the city. Falak al-Aflak is one of the remnants of the Sassanid and has seen various governments after the Sassanid period. The fort, also known as the Twelve Towers and the Shapur Fortress, is located on a hill, overlooking both Khorram Abad and the river. Also, the kings once went to this castle and used it mainly for military purposes. The castle includes various attractions, including the Museum of Anthropology. 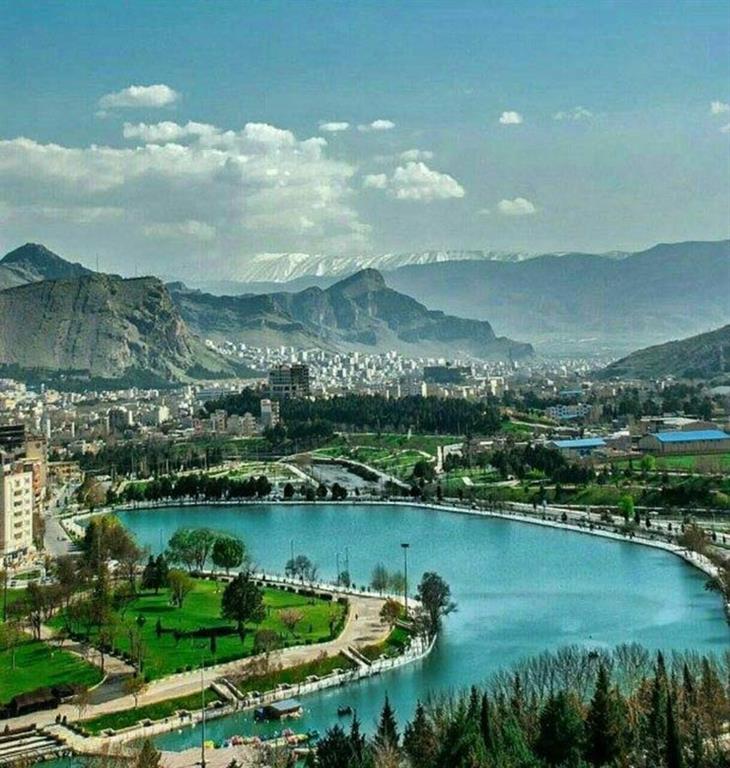 Keeyow  lake, one of the most beautiful attractions in Lorestan

This lake is located in northwest of Khorram Abad. It can be said that Keeyow Lake is one of the most visited attractions in Lorestan province after Falak al-Aflak Castle and is a symbol of the city’s vitality. Keeyow Lake is supplied from the Makhmal Fountains in mountains and the fountains at the bottom of the lake. Keeyow in Lori means dark and gray and the reason for choosing this name is for the presence of plant species on the bottom of the lake which causes the lake to turn dark blue when it is full of water. In the spring and early summer the lake is a great place for boating and water sports, although it has even more water. 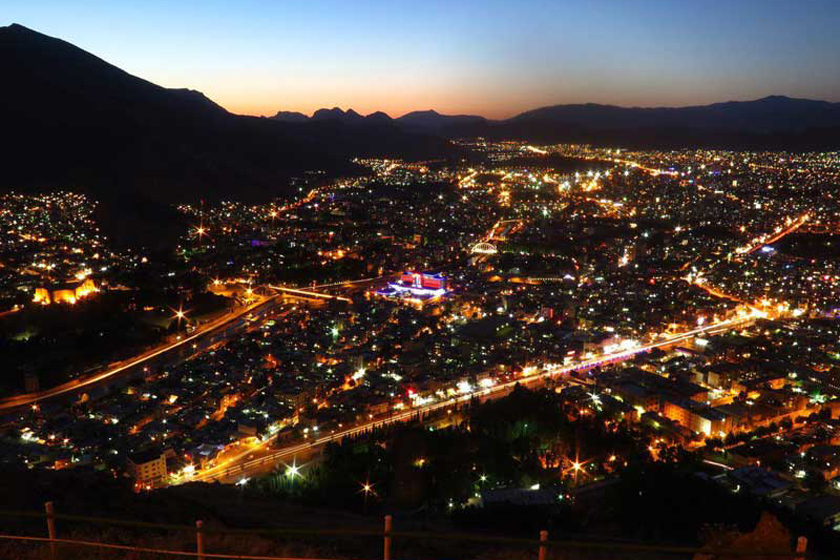 The roof of Lorestan is another attraction of Lorestan province that you can go there especially at night. Where you can watch the lights of houses and highways in the city from the heights and enjoy the silence of night. The roof of Lorestan, which is set to become the largest entertainment complex in the west of the country has also an Observatory called Kasin, furthermore has a very fresh and delicate climate. Despite the fact that in order to get there you have to cross a steep road, it attracts many tourists annually. 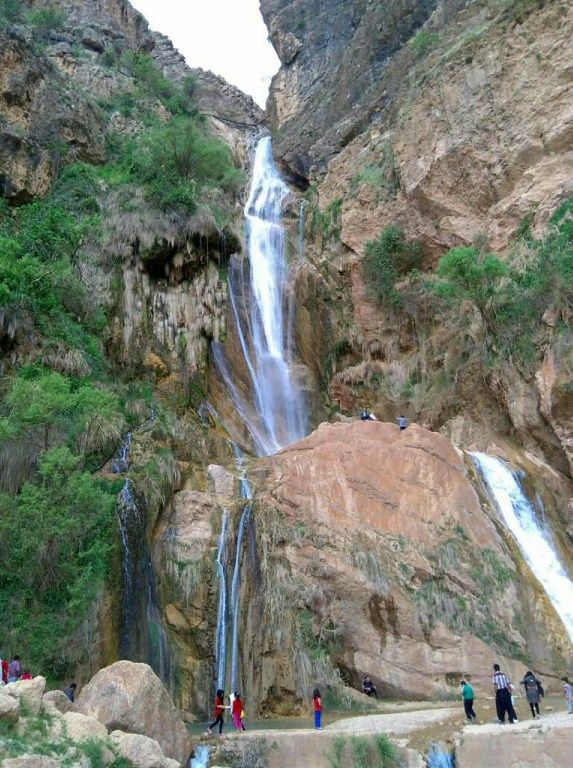 Nozhian waterfall, one of the sights in Lorestan

We all know that Lorestan is famous as the land of Iran’s waterfalls and Nozhian waterfall is the tallest waterfall in this province. So that when you look down on it, you might feel dizzy. This waterfall is located in Nozhian village, 38 km away from Khorram Abad and south east of the main road and has 95 meters heights. This waterfall is supplied from the upper fountains and the spring has more water than other times. Furthermore the presence of medicinal plants around it is another incentive to visit this spectacular waterfall. 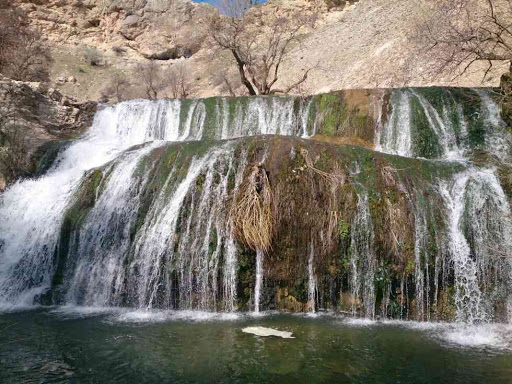 One of the most beautiful, pleasant and greenest places in Lorestan is Garit waterfall which is located 50 km to Khorram Abad and 30 km after Sepid Dasht railway. A waterfall that is submerged in a lot of oak hawthorn and hair trees and its height is 15 meters. It’s not so long that you get dizzy and it’s not so short that you can’t call it a waterfall.

You must have heard of Gahar Lake in Doroud, this city is located in distance of 85 km to Khorram Abad and has many places to visit like Gohar Lake. This lovely attraction is located on 35th km of Dorud city. The lake which is also called Oshtorankooh due to its location among the mountains of Oshtorankooh, has cool and crystal clear water and there is a great forest around it. After a 40-minute walk, you will reach the second Gahar Lake, where the depth of the lake is low and its fish are visible.

Bisheh waterfall is located on the way of Khuzestan railway to Tehran in Dorud city. The 48-meter-high waterfall, due to its location between the oak forests, Bisheh village and the view of railway station, which has many fountains, puts one of the most beautiful images and landscapes of nature in front of your eyes. In lower part of this waterfall there’s a stream with cool water, there are many facilities for tourists. Khorram Abad road is always one of the most beautiful roads in Iran. 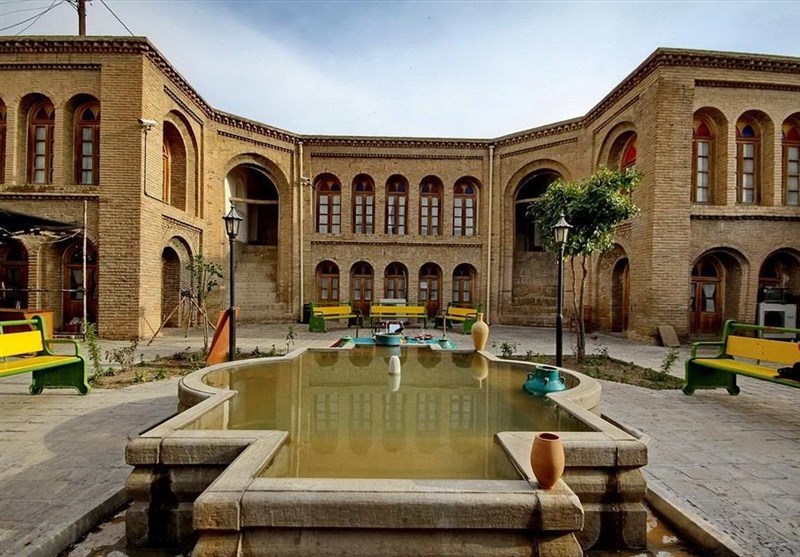 One of the oldest houses in Khorram Aabad is Abu House. This historical house is remained from Qajar period and has a clear and pleasant yard and the fact that this clean yard is associated with the majestic building of the house and the sound of the fountain gives you peace of mind. The building of Abu House actually belonged to a person named Sheikh Abu Talib Ghazi known as Akhund Abu and it consists of two parts, summer and winter, which after reconstruction has become one of the most visited attractions in Lorestan province. 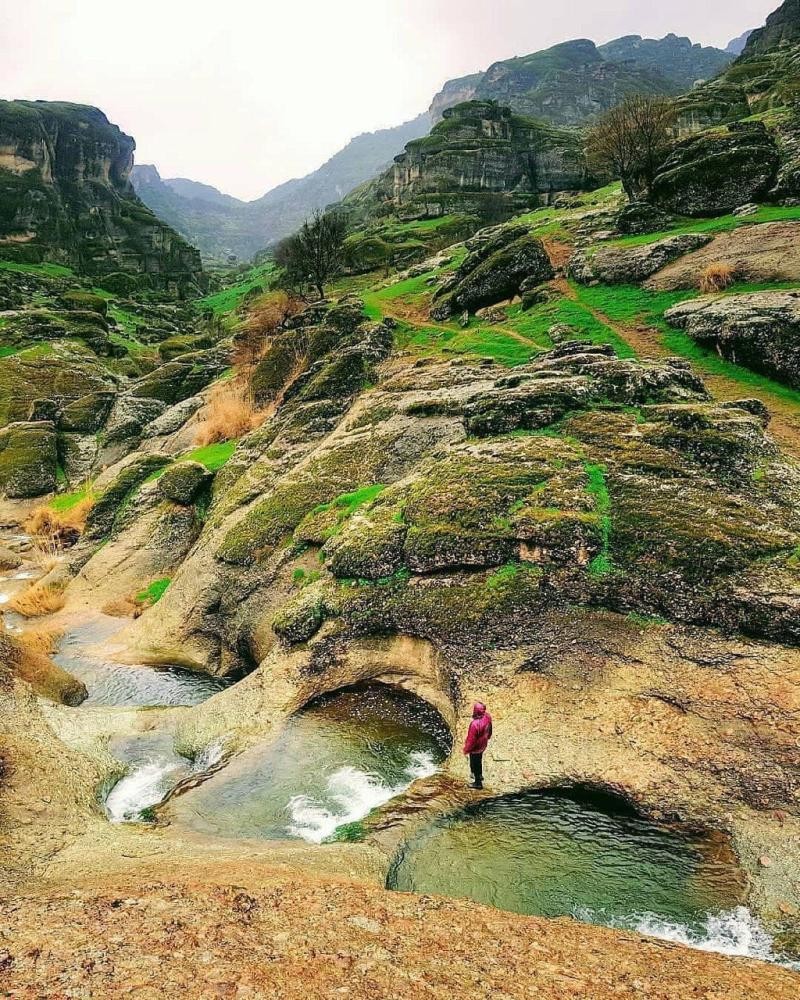 Makhmal Mountain, the most spectacular place in Lorestan

Makhmal means velvet in Persian and due to its velvety flowers, Makhmal Mountain is known by this name and is located in the northeast of Khorram Abad city and is one of the attractions of Lorestan province. Makhmal Mountain’s waterfall which is located in a gorge known as Shabikhoon in the forest park, has formed a nature that is lush as far as the eye can see. It has made Makhmal Mountain a pristine and very beautiful place.

Aligudarz is located in distance of 149 km to Khorram Abad. It is one of the most beautiful cities in Lorestan and White Waterfall with lush nature and pleasant climate is one of the attractions of Lorestan province. Due to the impact of water on the rocks, the water turns into white bubbles, which is why it is called the White Waterfall. The white waterfall, which is more beautiful than ever in the spring, has about 70 meters heights and its water comes out of the heart of a stones, is cool and clear and gives a feeling of freshness and vitality. 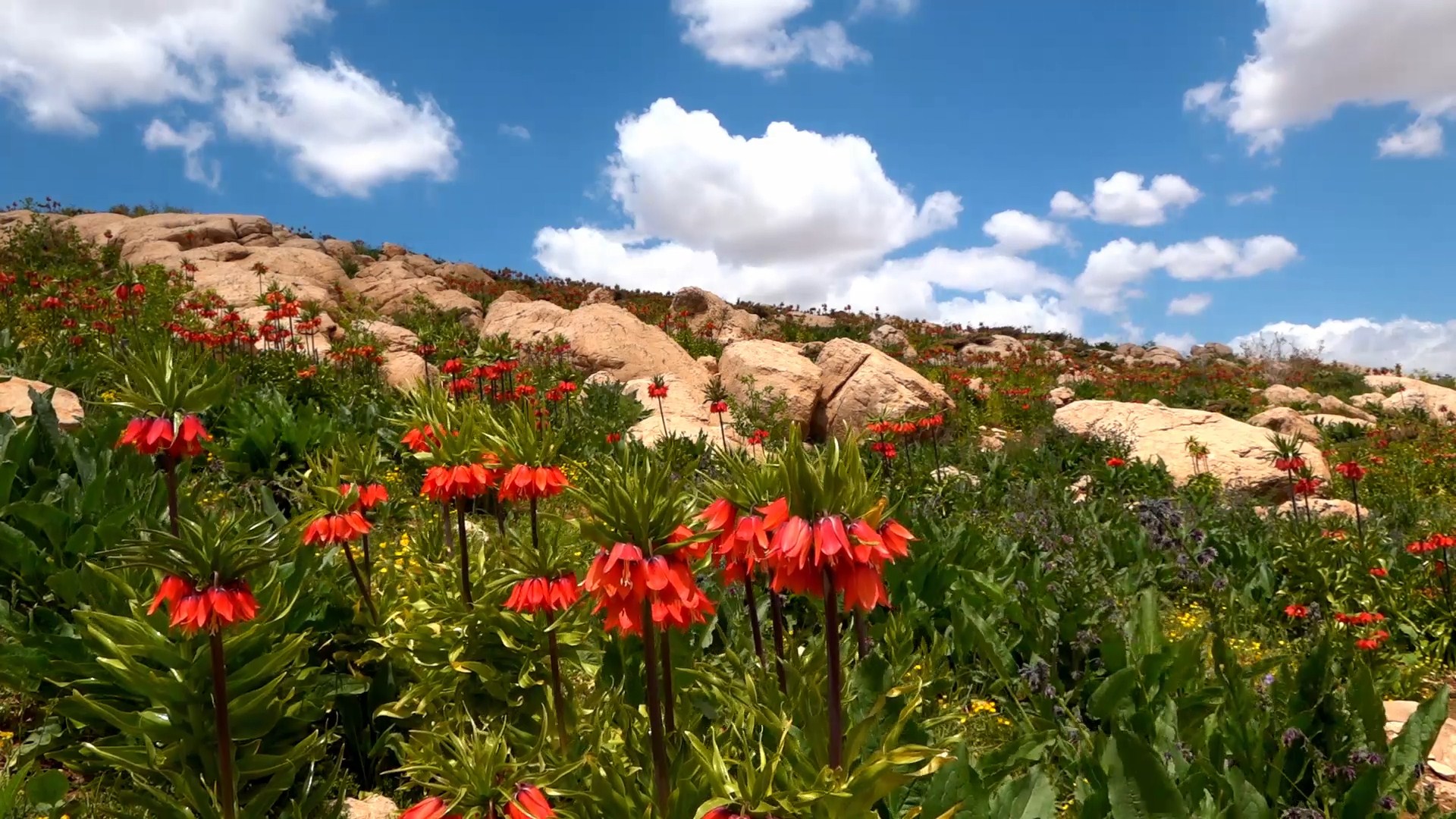 The overturned tulips plain in Aligudarz 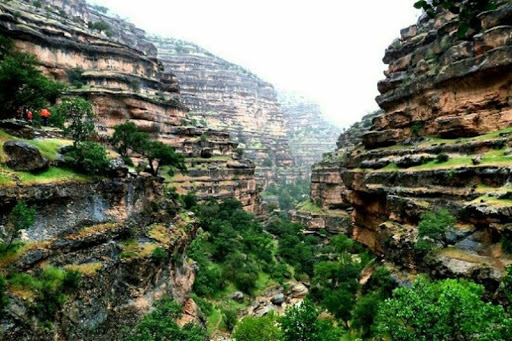 One of the most amazing attractions of Lorestan province is Shiraz (Shirez) Vally in Koohdasht. It’s a place that its silence and the sound of running water of that have turned it into a pristine and imaginative area. Violent cliffs with tall trees and limestone walls, small and large waterfalls, mountain grapes, figs and pears, statues and monuments of caves in this spectacular attraction, bird nests, stone minarets and the nature of sycamore and oak trees , All are the beauties of this valley and ready to welcome you.