Khuzestan The land of Khuzi people is more than 2500 years old and it is said that humans have lived in it since 2700 BC but most of us today know it because of the country’s oil and gas production. Of course, in addition to oil and gas, the name of Khuzestan reminds Iranians the hard days of the 8 years of the imposed war. From first days until the end of the war, this province witnessed various operations and many rain rockets, the traces of which can still be seen. But in this text we want to have a trip to Khuzestan province and tourist conditions, the best time to travel and its spectacular attractions, so join Travital in the travel guide to Khuzestan.

What you will read in this article

The area of ​​Khuzestan province is more than 64 thousand square kilometers and with a population of 4,710,000 people in the 2016 census, it is considered as the fifth most populous province in Iran. Ahvaz is the capital of Khuzestan province. Khuzestan province is surrounded by the Zagros Mountains from the north and east. As we move towards the center of the province, the height of these mountains decreases and the hills of Mahur can be seen.

In general, Khuzestan can be divided into two mountainous and plain areas in which case two-fifths of the total area would be the mountainous province and three-fifths of it is plains. Mount Cho, Zard kooh, Shavish, Abbandan, Mamazad, Kuh Siah and Kuh Chal are among the mountains of Khuzestan. The plain of Khuzestan has a slight slope and in some places there are salt domes that are an important factor in the salinity of water and lands in the region.

According to the news of the recent water shortages you will probably be surprised to hear that Khuzestan is the most water-rich province in Iran. But the country’s five largest rivers originate in the Zagros Mountains and enter the Persian Gulf after leaving the plains of Khuzestan, the largest of which is Karun River. This province has 15 cities, 35 districts, 13 villages and 4496 settlements.

Khuzestan province in mountainous and high areas has mild summers and cold winters. The climate mountainous areas would be semi-desert and in lowlands and plains as far as the south and southeast, the characteristics of weather gets to semi-desert side.

Most winters in Khuzestan are short and temperate and summers are long and warm. The maximum temperature in Ahvaz, Abadan and Dezful is 50, 41 and 50 degrees Celsius respectively. The minimum temperature in these cities is 1-, 2 and -1 degrees Celsius. It reaches its lowest point during the year. The number of frost days in this area is very small.

In Khuzestan province, the amount of rainfall is very low. The average rainfall during 15 years has not exceeded 2.5 mm in Ahvaz. The relative humidity in Khuzestan decreases in the middle of the day due to the north winds that blow from inside.

The best time to travel

The central and southwestern parts of the province are warm and somewhat sunny in the first six months of the year with hot summer days reaching 50 degrees Celsius. But in the second half of the year and Nowruz the weather is very good and only in the middle of winter the weather gets a little colder. Therefore, in the travel guide to Khuzestan, we suggest you choose cool seasons.

Khuzestan has several hotels with different price classes, depending on the purpose of your trip and the city you want to travel to, or the budget you are going to spend, you can choose one of them. In the following, we will introduce you  3 of the hotels in this province.

This 5-star complex has an area of ​​more than 101 thousand square meters and started its work in 1347, although several complete renovations have been done in it, the last time being in 1393. The hotel has 5 floors and 136 accommodation units and has a coffee shop, an outdoor swimming pool, a summer restaurant and a conference room. One of the advantages of Pars Hotel in Ahvaz, which welcomes the guests of this hotel, is its proximity to the beautiful Karun River and Pol-e Sefid, which are among the most important sights of Ahvaz.

Dr. Shushtari’s house which is more than 200 archaism, was built during the Qajar period and was used as a trading house at that time. Shushtar Medical Center has been registered in the list of national monuments of Iran and is hosting tourists by providing appropriate services. Due to the preservation of traditional architecture and nostalgic feeling, the kitchen with the possibility of public cooking is available in the backyard and you can use it with prior coordination. The complex was completely renovated in 1995 and welcomes guests with 9 rooms around the courtyard.

Pars Caravanserai Abadan Hotel has 93 rooms and suites. It dates back to 1350. During the years of the imposed war, the hotel stopped operating and was given to Islamic fighters. After the end of the Iran-Iraq war, the reconstruction of the Abadan Caravanserai Hotel began and resumed in 1995. This hotel became a member of Pars Hotels Group in 2008.

Each city and province has its own signs that are somehow considered the identity of that city. From handicrafts to tourist attractions and local cuisine, everyone is a symbol of a city and a province. Fish roe, patient fish, falafel, opioids, Bruni, Breshk, Hamis puppy, Bango (yogurt and cucumber), Ash Ardeh, Baqleh Toha, Sheli Ardeh, Hariseh, Shorba, eggshells, hashish, samosas (especially for Abadan), Meigu polo and Ranginak and Pokora are just some of the traditional foods and delicacies of the province. In the following, we would like to introduce some of the local and delicious dishes of this province to you. Of course, the point to keep in mind is that they usually use a lot of pepper and their food is very spicy.

Ghalieh Mahi is one of the most famous Iranian stews. In cooking this dish, special vegetables (coriander and fenugreek), Indian spices, spices and southern fish are used. In most southern cities, grilled fish are well cooked and the type of fish used in each city for cooking is usually different. In Ahvaz, in addition to fish such as ewes and otters, they sometimes fall into shrimp troughs.

Falafel is a dry food that belongs to Lebanon but is known as Abadan in Iran. The main ingredient of this dish is soaked or half-cooked chickpeas, which are made of baguette dough, onions and spices, and fried, and are marketed as sandwiches. Of course, this food has become so popular that it is cooked all over the country today but eating it in Khuzestan, especially Abadan has a different atmosphere.

In the following, we will introduce you some of the restaurants in this province:

One of the good restaurants in Ahvaz is the Emperatur Restaurant which is located on the eighth floor of the IT building. The menu of this restaurant includes a variety of Persian, foreign, international and seafood dishes. Another feature of this restaurant is the beautiful view from Ahvaz city. Don’t worry about car parking either, as you can use the building’s parking lot. 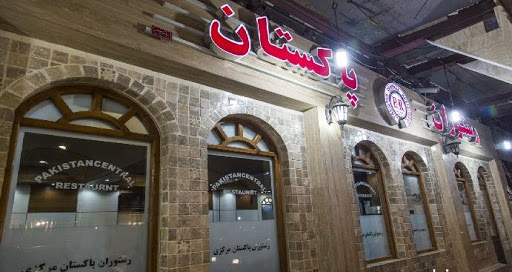 One of the old restaurants in Abadan, the restaurant of Pakistan and the management of this restaurant are originally from Pakistan. The restaurant serves a variety of Indian, Pakistani and Iranian dishes and you can enjoy authentic southern dishes such as fish roe. 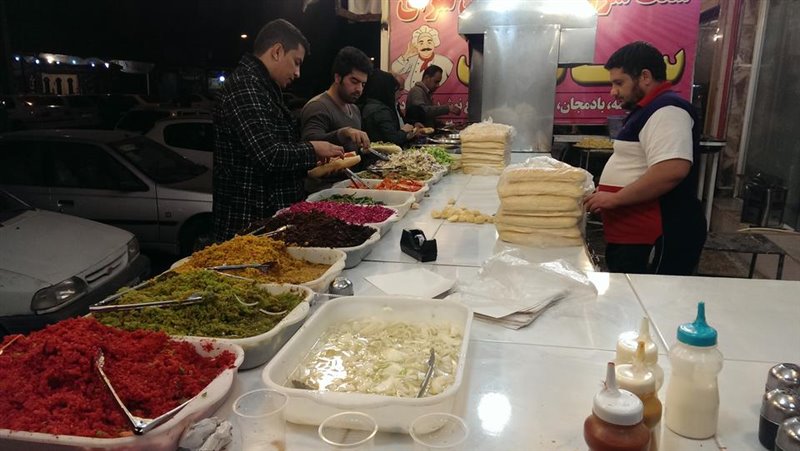 One of the old and famous falafels of Ahvaz city, which is served by its predecessor and you can fill your sandwich with anything you like.

As we mentioned at the beginning of the travel guide to Khuzestan, Khuzestan province is vast and of course has many sights with a long history. In the following, we will introduce you to the tourist attractions of some cities of Khuzestan.

Urban information required in the travel guide to Khuzestan