Get familiar with Iranian Women’s style

Different people in terms of different cities and regions have their own special clothes. It’s true that today most of the people almost about 70 % of them wear the same clothes and have a very similar style but we can’t deny this fact that every nation and every ethnic has its own special style and clothes. There’s an unlimited list of these kinds of clothes in Iran which Women’s clothes has special beauty which captivates any viewer’s eye. Today we are going to introduce you some of the most beautiful women’s clothes in Iran in this article of Travital. 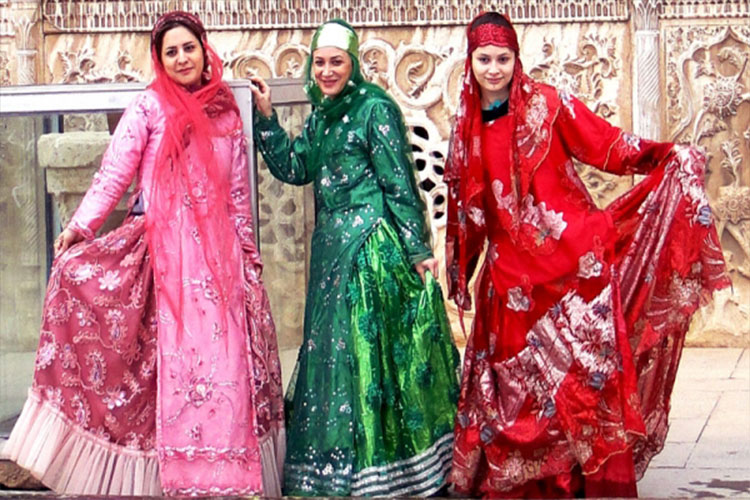 You must know that the variety of climates in Iran has influenced the history, behavior, culture and of course the clothes of any regions and nations. Unfortunately these days these kinds of clothes used very little and also produced very little and it’s like they’re not going to be worn any more.

Any way these clothes are a simple of culture and history of our country and we should make any effort to sustain them. Every traditional clothes of women in Iran has a story behind to tell us, join us if you want to know more about them.

The most important thing in Baluch women’s clothes is being colorful. Actually being colorful caused many photographers come to this region to choose Baluch women’s clothes as the subject of their photography even once. Baluch women have designed their clothes with Jameg (something like blouse) and Pajameg (trousers) which men also wear them, with a delicate taste by using long scarf (Sarig) and Taku ( a kind of veil). These women use lots of jewelry, such as earrings, necklace, bangles and etc… 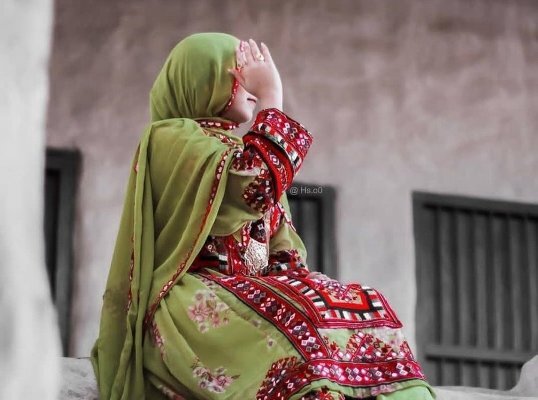 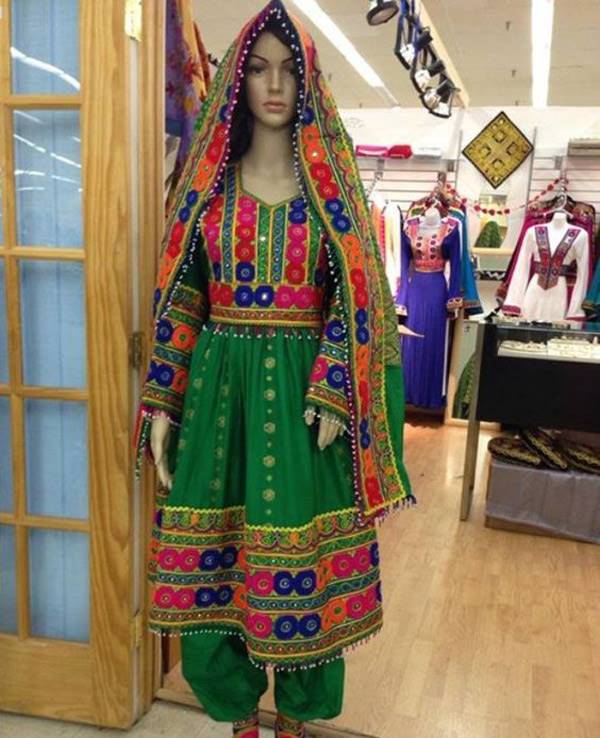 Women in Gilan wear wrinkled clothes, big silk scarf with vest, skirt and veil around their backs. The most important thing is their wrinkled skirts and sequined vest. In Gilan women’s clothes two fillets are used and it’s interesting to know that these fillers have different names in different parts Iran. 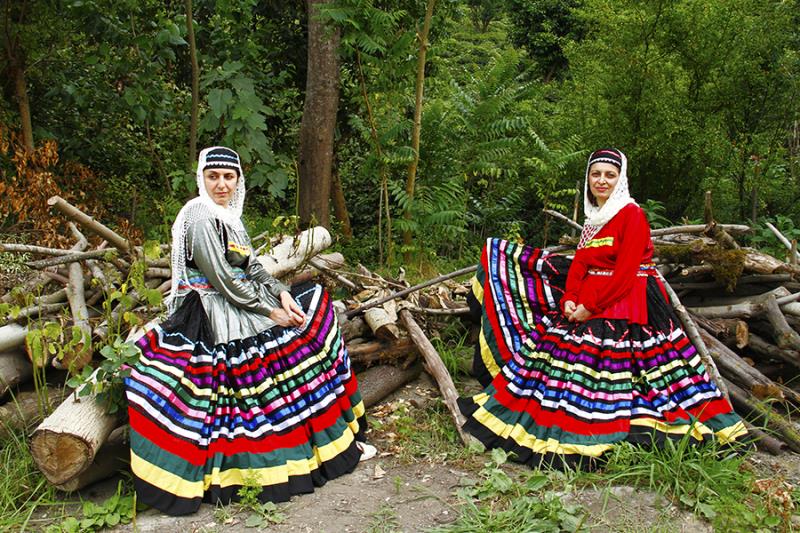 Some people believe Shiraz women’s clothes is sewn by a few women in the city. Khus is a kind of cloth made of silver tissue and Khus weaving industry has come from India to Shiraz. It’s used for decorating pants, scarf, hat and children’s cloth. Shiraz people have a very popular cloth famous as the big Khus scarf of local women of Shiraz. Khus weaving is specially used in bride’s dress. 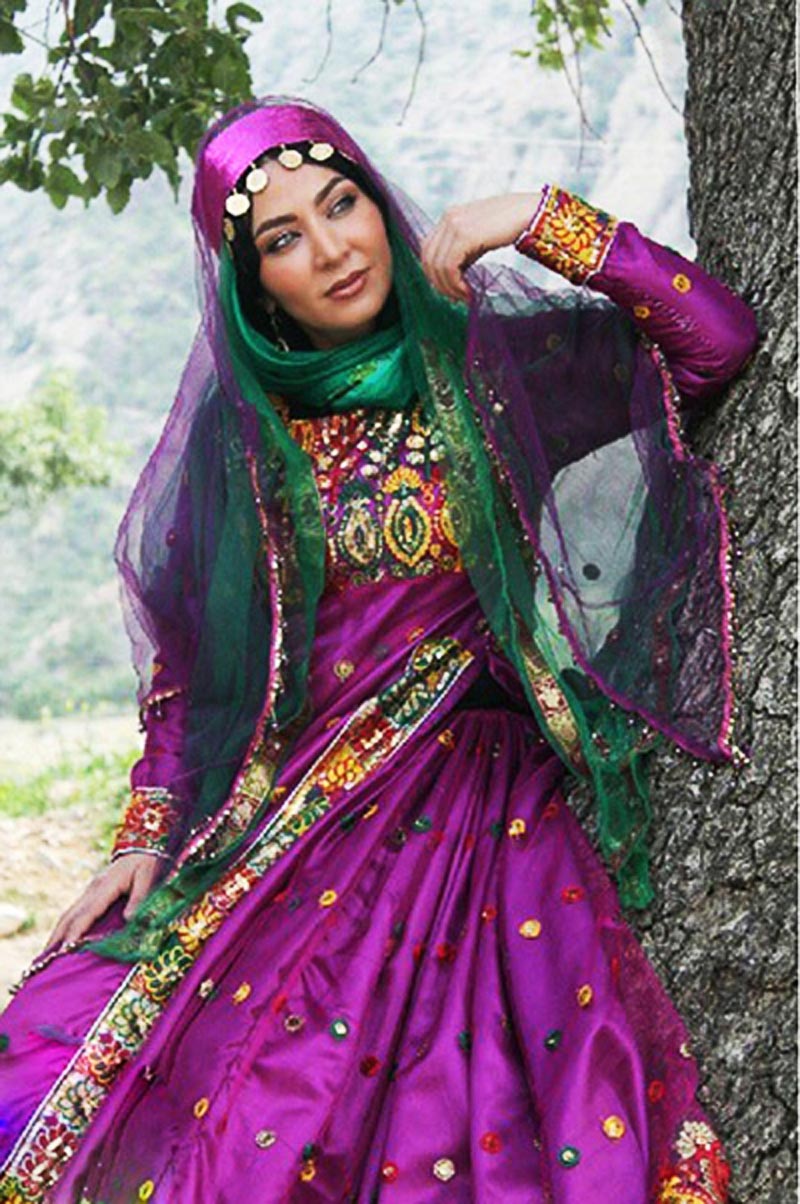 Abyaneh women’s cloth is one of the most popular traditional women’s clothes in Iran. Shiraz local women’s clothe are consists of shirts, sheets, scarf, filler, veil, socks and Giveh (a kind of shoes). They sometimes use a kind of night veil which is a checkered and rectangle silk fabric. Younger girls use yellow veils and older women use red veils. 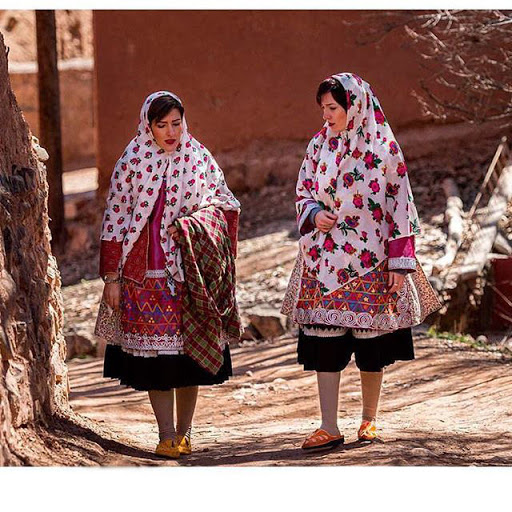 There are different types of Hormozgan women’s clothe such as; Kandureh, Gavan, Oshkom, Noshteh, wrinkle, Ajam, Arabic and plain that each one gives the women’s style variety. They usually fold half the veils and wrap it around themselves or wear it like Indian Sari. New bride’s veil has a separated story they usually use silk veils with green flowers and beautiful margins and it’s decorated on the back. In addition of that they also use Khus veils with some beautiful decorations. 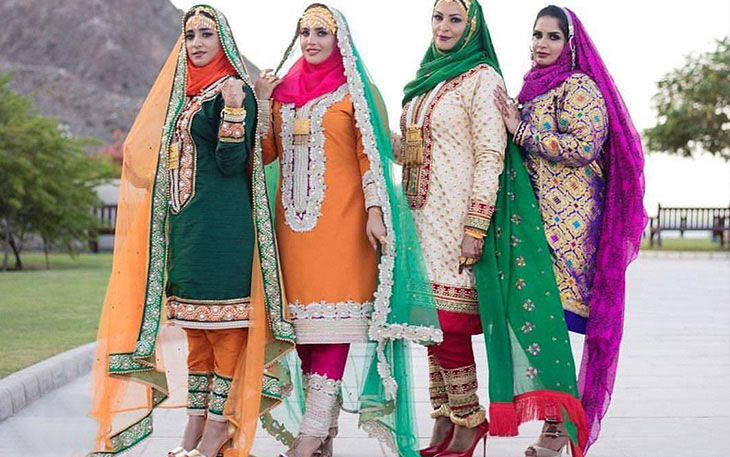 They have various clothe like; Jafi, shawl, Kolonjeh, Kelav and Kelakeh which are actually the main clothes of women in Kurdestan. Jafi is in fact the trousers that men wear it too and village women wear it while working but most of the time women wear loose thin trousers.

Kolonjeh is a torso that is worn on a long shirt called Sukmeh sewn with velvet. Shaul is made of a beautiful clothe which is wrapped around the back and is decorated with colorful sequins. Kolkeh is a kind of scarf used instead of hat with long black and white strands of silks. 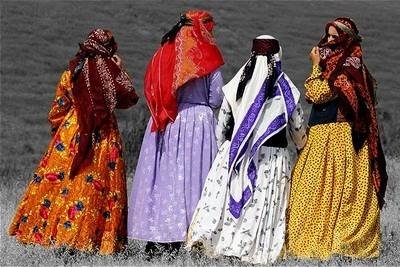 Golvani is the main part of Ilam women’s clothes. Women’s clothes in this part of country have a more traditional form like Achaemenid. Golvani in their language means filler or scarf made of silk often with traditional patterns.

Of course you might find it interesting that young girls wear smaller Golvani as a scarf. Today this scarf considered as a souvenirs of Lorestan. These kinds of clothes were so common from old past years in Medes and Achaemenid period and specially in this region. 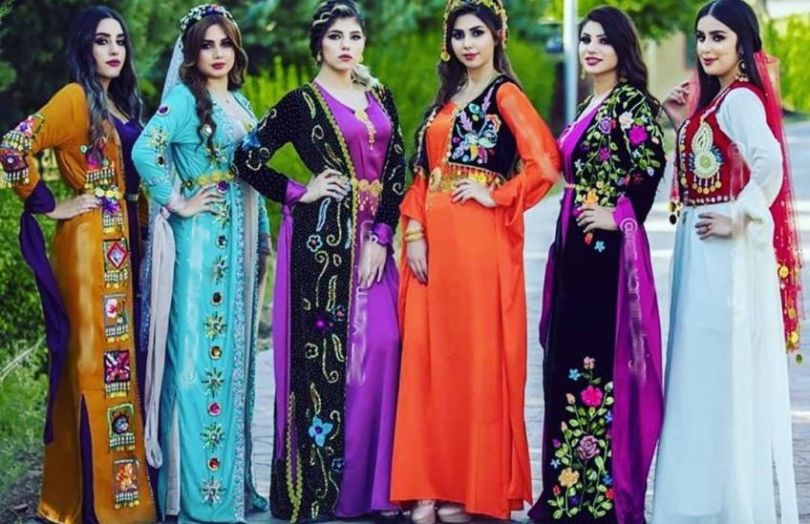 The clothes of women in this region are divided to 3 parts, Sarpush, Tanpush and Papush. It’s like old fashion wrinkle skirt, long shirt and long scarf. The most common wearing clothe for women in Azerbaijan is Chadra which is a kinds of veil. 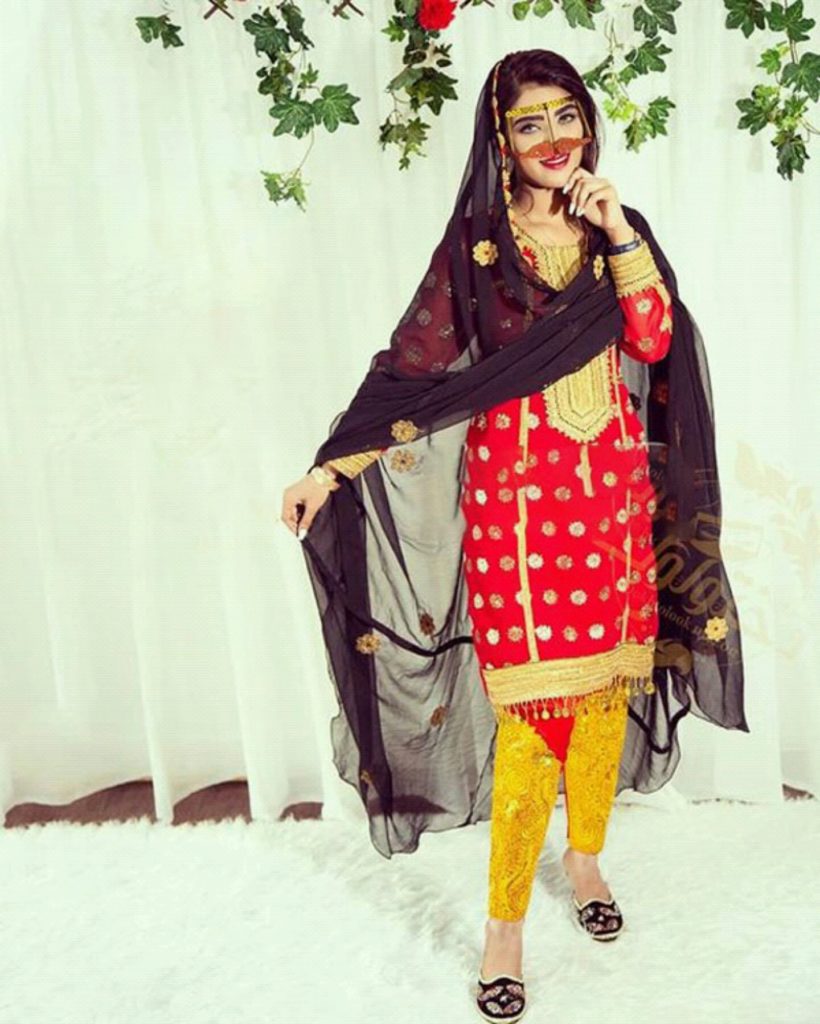 Traditional Iranian women’s clothes in this area have many beautiful features but in dark colors. Women in Bushehr wear long wrinkle dress with a thin black scarf and a thin mask on their face, trousers called Chit and shoes called Kush. The main official dress of women in Bushehr is very loose and it’s called Arabic dress too, it has also delicate and beautiful decorations. Women in Bushehr usually wear veil.