All of us Iranians are proud of the fact that Iran is one of the world’s top cultural and historical countries. According to statistics provided by the UNESCO, Iran is among the top 10 countries with the highest number of entries in the UNESCO list. So in tourism magazine of Travital we have decided to introduce you to the UNESCO World Heritage List of Iran. Here is a list of 23 monuments and, of course, these days, there are 23 UNESCO historical and cultural monuments in Iran. We have tried to list the works in the order of the time they were listed in the UNESCO List of Cultural Heritage. You will also find the date of registration of the work in front of the name of each cultural monument. This list is very important for traveling to Iran and foreign tourists. Recently, Hyrcanian forests have been recorded as the number 24 on the list.

The very important ancient and historical route in Fars province was registered in the UNESCO World Heritage List of Iran in the year 2018 as the Sassanid Archaeological Complex. This route passes through Firouzabad, Kazeroon and Sarvestan towns including monuments and landmarks such as Bishapour, Shapur Cave, Sassanid Sarvestan Palace, Ardeshir Khor Ancient City, Ardeshir Babkan Palace, Dokhtar Castle, Deyhim Embroidery and Embroidery from victory of Ardeshir against Ardavan and it is very important.

Yazd city has a historical texture, brick buildings, yellow facades and Windcatchers all over the city, along with all that it has, are listed on the World Heritage List. All Iranians celebrated this good news last year, and we hope that both the people of Yazd and the tourists try to keep the city’s monuments safe. In the UNESCO World Heritage Site of Iran, the city and its historical context are registered, with notable monuments such as baths, bazaars, water storage, mosques, Hosseinieh, lord, small workshops, water duct Windcatchers, minarets and domes. The architecture of this city in the arid climate is exemplary for all the world.

It is one of the most beautiful nature of Iran which attracts many Iranian and foreign tourists every year. There are countless hiking tours to the Loot Desert and its Kaluts. Surfing in the Water-less and cluttered area gives everyone a special feeling. The area is also listed as a UNESCO World Heritage Site of Iran. It covers the provinces of South Khorasan, Kerman and Sistan and Baluchistan.

Iran’s aqueduct technology is one of the issues that should be appreciated. Did you know that if in the past one of the people who worked in the aqueduct (Moghana) died because of the aqueduct collapse, he would be considered a martyr? This shows the importance of water for our ancestors. In any case, this technology, like the Ghasbeh Aqueduct, is registered on the UNESCO list.

Dastkand village in Kerman province has a history that dates back to Zoroastrian era. The people of this village have cut and carved stones and made their own houses and even alleys. Meymand village is located near Shahrebabak city in Kerman province and is one of the most touristy places in Iran. This cultural complex of Dastkand’s rural lifestyle is listed in the UNESCO Iranian Heritage List and ranks 19th.

Susa is one of the oldest ancient cities in Iran where civilization was formed and where we see extensive inscriptions and urban architecture. In the history of Iran, the people of Susa were educated and refined and had an Elamite Writing System. This ancient site is also listed on the World Heritage List.

You will find many of the world’s first in the Burnt City: the first human brain surgery, the first artificial eyes, the world’s first animation on the Burning Pottery Cup, the first backgammon and world chess game, and so on.
This large city with its various sections has managed to find its place as one of the UNESCO World Heritage Sites of Iran.

Golestan Palace; The glories and excesses of the Qajar rulers are played out across this complex of grand buildings decorated with beautifully painted tiles and set around an elegant garden that’s worth visiting in its own right. There are separate tickets for nine different sections, which you need to buy at the gate: the ones worth paying extra for are the Main Halls, which includes the spectacular Mirror Hall, and the Negar Khaneh (Iranian Painting Gallery). 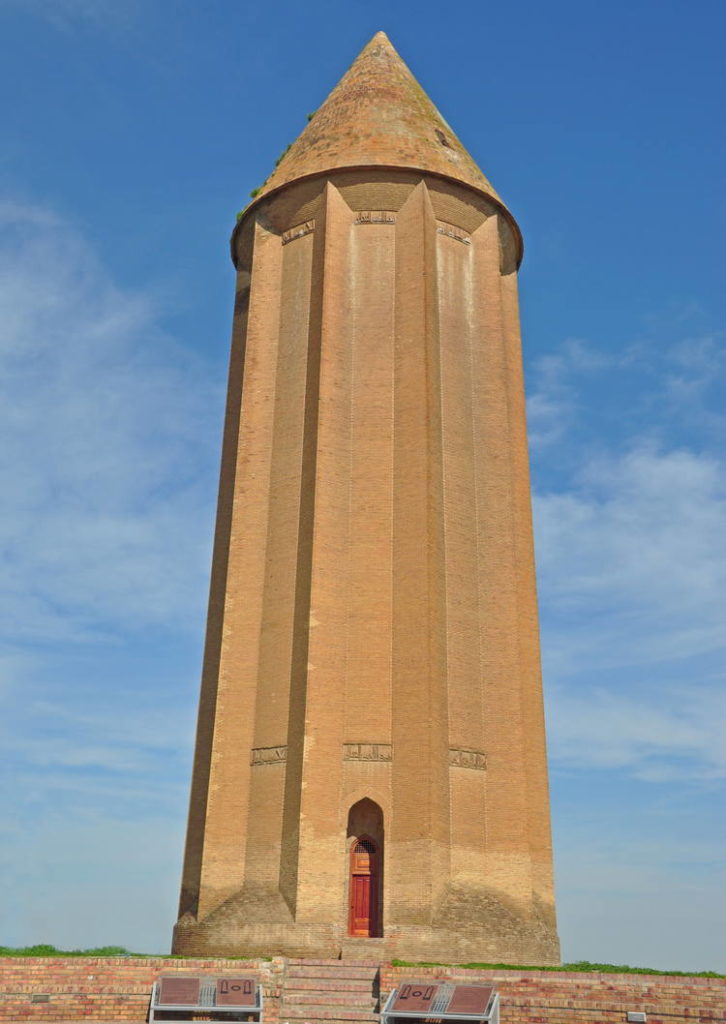 Jameh Mosque of Isfahan is one of the most important and oldest religious monuments in Iran. This mosque presents a vast historical complex of 170 × 140 meters in dimension in the north east of Isfahan and beside the old square and today it includes different parts such as Nezam al-Molk Dome, Taj ol-Molk Dome, four-porch yard and its circle chambers, Mozaffari School and Aljayto Altar, each of which represents the process of Islamic architecture over different periods. Architecture of this mosque is admirable and it has a unique altar.

This historical complex is closely intertwined with the history of the Safavid Dynasty. Some of the Safavid kings as well as Shah Esmail I have been buried at this site. The main section of the mausoleum is composed of a circular tower with circumference of 22 m. which is about 17 meters high. In the interior of this monument, near Sheikh Safi’s tomb, the tomb of his son (the founder of mausoleum) and those of other family members can be found.

Tabriz and its Bazaar were already prosperous and famous in the 13th century, when the town, in the province of Eastern Azerbaijan, became the capital city of the Safavid kingdom. The city lost its status as capital in the 16th century, but remained important as a commercial hub until the end of the 18th century, with the expansion of Ottoman power. It is one of the most complete examples of the traditional commercial and cultural system of Iran.

Shushtar Historical Hydraulic System is a series of bridges, dams, mills, waterfalls, canals, and huge tunnels for leading water that work together. They were used from Achaemenid to Sassanid periods to take advantage of water more.

Bisotun Inscription is the greatest inscription in the world, the first known Iranian text and a relief from Achaemenid era (520 years BC.) located in Bistoon City, a suburb of Harsin City, 30 Kilometers from Kermanshah and on the outskirts of Bistoon Mountain. Bistoon Inscription is one of the most important and famous historical documents of the world during the Achaemenid that is a description of the victory of Darius the great over Gaumata and enslavement of rebels.

Dome of Soltaniyeh is one of the most important examples of Ilkhanid architecture that has had a great effect in historical monuments architecture in the world; we can see this influence in the architecture of Cathedral of Saint Mary of the Flowers in Florence.

Arg-e Bam was the largest adobe building in the world located near Bam, a city in Kerman Province southeast of Iran. On December 26, 2003, a devastating earthquake struck Bam City and its suburbs. Consequently, Arg-e Bam was entirely demolished.

Pasargadae is all known by the tomb of Cyrus the Great. However, there are other valuable places in the complex. For example, the tomb of Cyrus the Great, Pasargadae Royal Gardens, Gate Palace, Bridge, Bar Am Palace, Private Palace, Two Towers, King’s Garden Fountains, Cambodia’s Tomb, Tale Takht Defenses, Mozafari Carvansarai, Sacred Gate and Balaghi Strait have found Pasargadae an easy spot on the UNESCO World Heritage List.

If you go to the West Azarbaijan province and near the city of Takab, you will find another important religious and historical site that dates back to Sassanid period and an important one in the contemporary period. One of the reasons why the site is so important in the contemporary world is its registration in the UNESCO World Heritage List of Iran in the year 2003.

Naqsh-e Jahan from safavid era with 3 important building and an entrance to Isfahan’s bazaar that is known as half of the world and it is registered on Iran’s UNESCO world heritage list.

Persepolis is built on a platform next to Mount Rahmat, a place full of stone and masonry. This historic site was built with palaces with beautiful marble columns, in the era of Darius the Great, Xerxes and Ardashir I. Its history is always exemplary, and watching it astonishes any viewer. The complex is also included in the Iran’s UNESCO World Heritage List.

Choghazanbil is known to all Iranians. This is the first work to be listed on the UNESCO World Heritage List in Iran. If they haven’t seen it closely, at least they’ve heard it name many times. This Inshushinak place of worship has been very valuable in the history of Elam and is still very much valued as one of the early examples of pyramid architecture. The distinctive construction of this Ziggurat with other Babylonian and Assyrian Ziggurat and its brick inscriptions has made this monument special, and many architects and archaeologists are fascinated by it. The site was included in the UNESCO World Heritage List of Iran after the discovery and the work of orientalists and archaeologists.