If you travel to Isfahan for amusement and want to have a cheap stay, go along with us and study the introduction of Homam hotel in order to get familiar with the cheapest hotel in Isfahan more. You will recognize the room facilities and get familiar with the provisions of spaces around it and most importantly you’ll read about the distance to sights of Isfahan.

This hotel is suitable for students, business trips and family trips and any others. 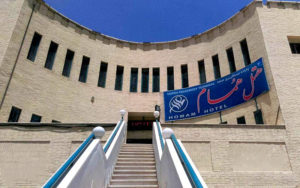 Isfahan, The city of culture in the world

Most of the 60 decade people have a photo next to Khaju bridge as they’re getting on a horse. If you have a look on old albums you’ll find photos like this a lot. Isfahan got Isfahan after Safavid dynasty. The city which in, the first shah Abbas built Naqshe Jahan square and a palace like Ali Qapu and lots of others. The other Safavid kings increased these buildings and Isfahan attractions shaped.

Each historic monument in Isfahan has its own story. For instance, have you ever asked yourself what is the story behind the name of Siosepol? or who was Khaju whose name comes after a beautiful bridge on Zayandehrud? How is it that they needed a large square such Naqshe Jahan in past? All of these questions attract you to the central city in Iran; the city which attracts not only the foreign tourists but even Iranian people as well. So existing lots of good hotels is essential in this city. The cheapest hotel in Isfahan, 3-star Homam hotel, can be a residential base for you in order to visit all sights of the city. 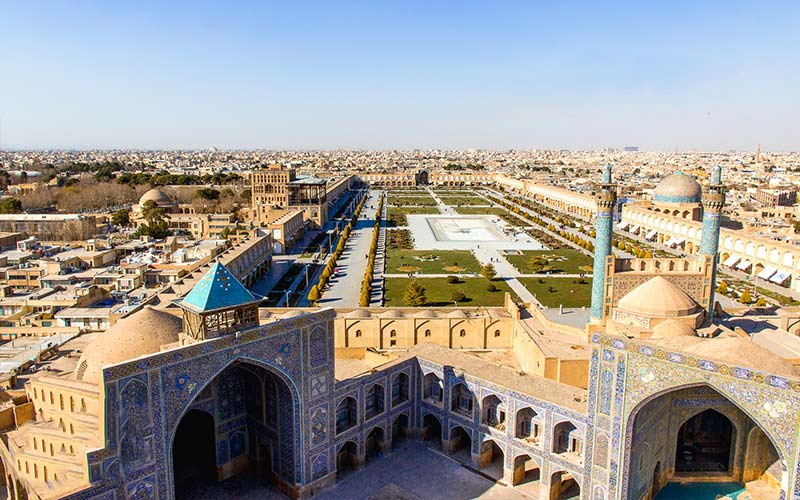 The history of Homam hotel in entrance of city

Isfahan and Shiraz are connected by a highway. On this crowded road , there was a gate near Isfahan which was known as Shiraz gate. All the travelers and guests who cross on this way, should have passed this gate. This subject caused for constructing so many residences in this area and Homam hotel is one of them. It was built in 1994 and after 20 years it was the time of reconstructing; therefore they reconstructed the hotel in 2018. This 2-star hotel turned 3-star after renovating. Today of you enter this hotel you will see a different space compared 5 years ago.  Therefore we introduce you not only a cheap hotel but one of the newest hotel in Isfahan.

Read also: Compare and book over 60 hotels in Isfahan 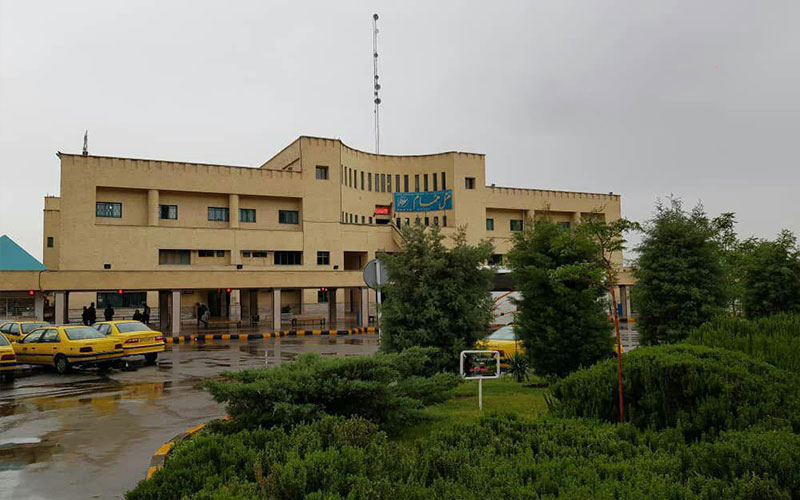 Introduction of the Homam hotel rooms

This hotel’s rooms have all the requirements and facilities of a double room. Don’t enter to this hotel with a picture of a 5-star hotel in your mind. You’re going to encounter with a clean hotel with nice staff and suitable services among 3-star hotels. The possibility for staying more than two persons is also provided. You will have a TV with access to all digital channels. Telephone with necessary numbers is put in room. Although all the rooms have window with a great absorbent but enough wall and ceiling lamps are provided as well; this subject gives you the possibility of setting the light during the night according to your taste.

Free perfect breakfast is one of the features of staying in this 3-star hotel in Isfahan. The types of rooms in this hotel are according the list in below. 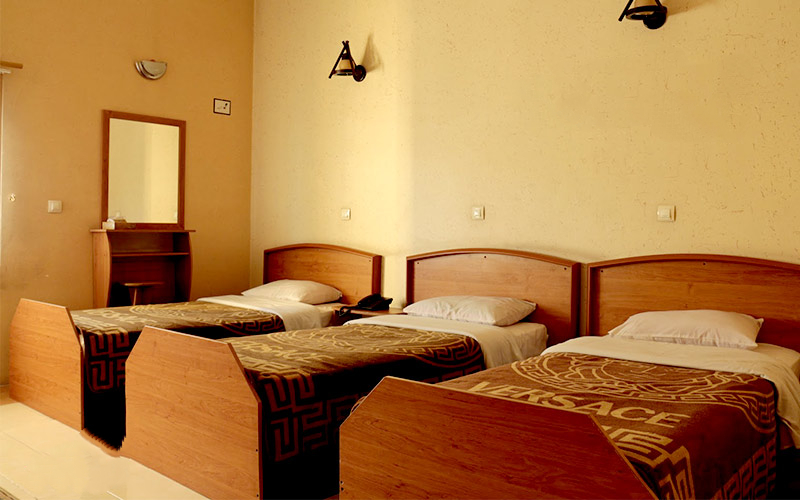 The facilities in 3-star rooms

For staying in this room, have your personal toothbrush and towel. Of course if you forgot to bring towel, you can ask the hotel’s staff for a clean extra towel. WiFi with limited-bulk connects you to cyberspace. The kind of toilets is flush. Also sandals, small refrigerator and mineral water are some of other services for more comfort.

Sofa space in these rooms are simple but very clean. Dresser  to hanging the clothes and preventing to get wrinkle and drawer with a big sized mirror are put in each room. There are some sockets on walls to charge your electric tools. Personal hygiene like soap and shampoo are put in bathroom. If you need anything ask from 24 hour reception to get it.

Note: As the toilet in rooms are flush, if you need squat toilet,you will find it on each floor. Some rooms have squat toilet as well. 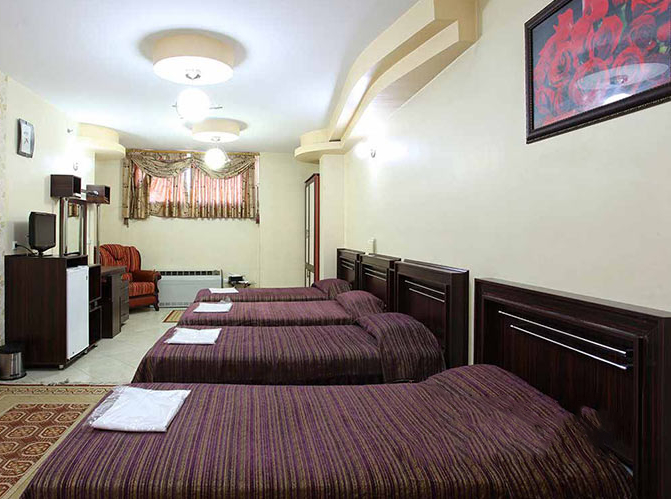 The great free breakfast is one of comfort facilities in this hotel. Although we can’t have irrational expectations from cheap hotels in Isfahan but the green area full of trees in front of this hotel has made a pleasing view for entering the guests. Deposit your luggage in luggage room of hotel then you will be able to do your daily and business activities more freely until you get the room. 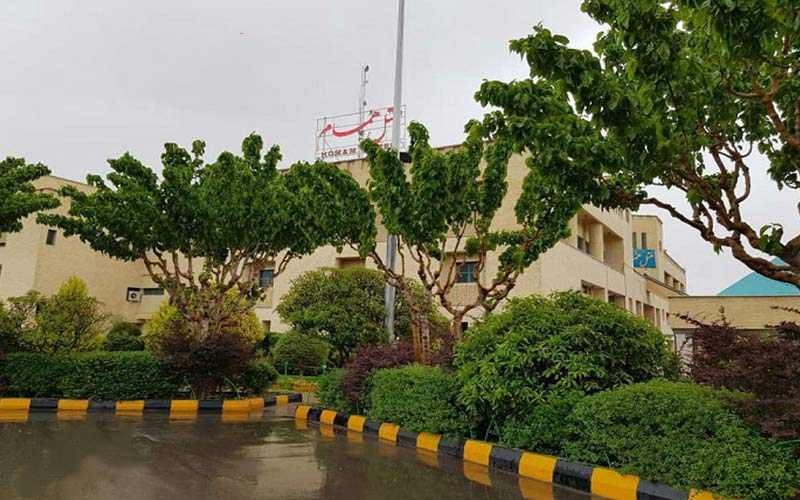 The distance to tourist sights of Isfahan

Though this hotel is located out of the downtown but we can take it as an advantage. Because most of the access ways to attractions will pass from highways without any traffic. If you’re going to use public transportation you have to take a taxi to the nearest station. Saffeh terminal is right against the hotel and leads you to the center of the city. The distance to Naqshe Jahan square is also about 30 minutes. 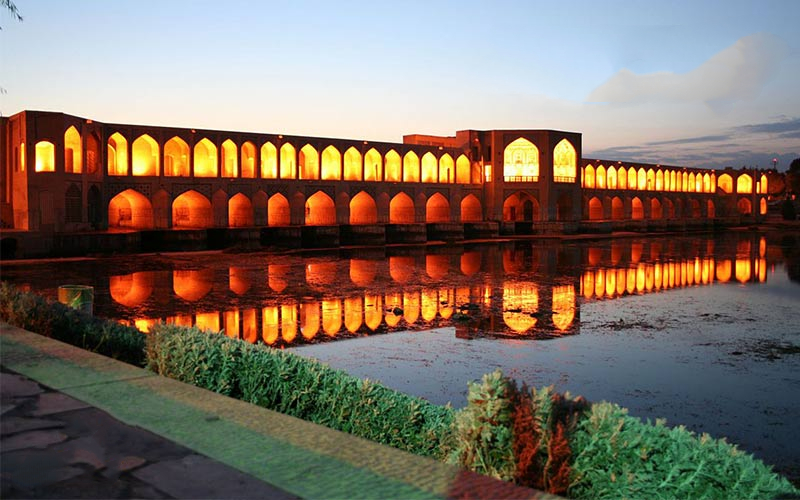 Jolfa , an Armenian neighborhood in Isfahan

Jolfa neighborhood in Zayanderud city has attractions like music museum and Vank church in Isfahan. A christian neighborhood full of church, paved streets and famous restaurants. From this hotel there is an eight minutes distance to this neighborhood so you’ll have 16 minutes driving to there. 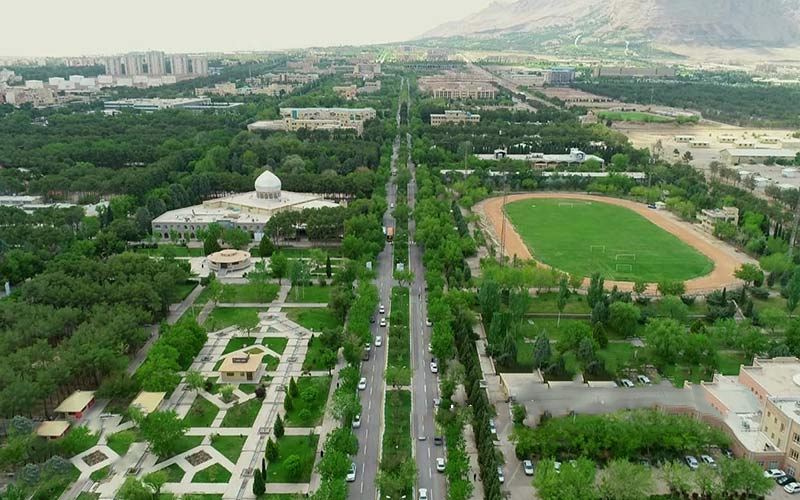 The access way to most of famous bridges of Zayandehrud such as Khaju bridge and Siosepol pass from the same highway but it separates at the end and lead you to the destination. Saffeh terminal taxis will get you there in 20 minutes. Khaju bridge is closer to the hotel.

Saffeh mountain, a recreational area near the  Homam hotel

Isfahan people go to Saffeh mountain for mount climbing or going to great restaurants of there at the weekend. Don’t lose a spectacular nature and of course a good picnic in Saffeh mountain. There is only 5 minutes driving distance from Homam hotel to this great sight. 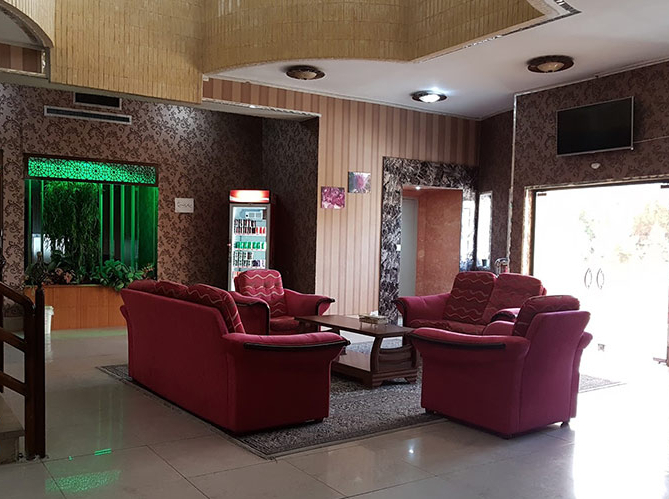 The airport and train station near the hotel

The international Shahid Beheshti airport and Nesfe Jahan train station are the entrance to the city Isfahan. There is only 12 minutes driving to the train station and half an hour to the airport.

Finding this hotel is very easy because it is located near the Shiraz gate in Isfahan. For booking this hotel we suggest you to do it online in Travital website.

At the end we offer you to choose and stay in this hotel if you’re looking for a good cheap hotel. If any of you have been a guest of this 3-star hotel please share your opinions and experience here with us.