Introduction to vegan restaurants in Tehran

In today’s world, there have been many changes in the lifestyle of people from different societies, one of which is the abandonment of bulky animal foods and the replacement of plant foods. People who have opted for this lifestyle are called vegans, veganism is a way of life that is associated with eliminating any animal product, whether in nutrition or in other aspects of life. People have a variety of reasons for this tendency, but the basis for this approach is animal rights, environmental protection and health. It is interesting to know that these people in Tehran are provided with restaurants throughout the city in which they can also be served hours outside the home. With all this commentary, in Travital we are going to talk about vegan restaurants in Tehran and introduce some of them to you. 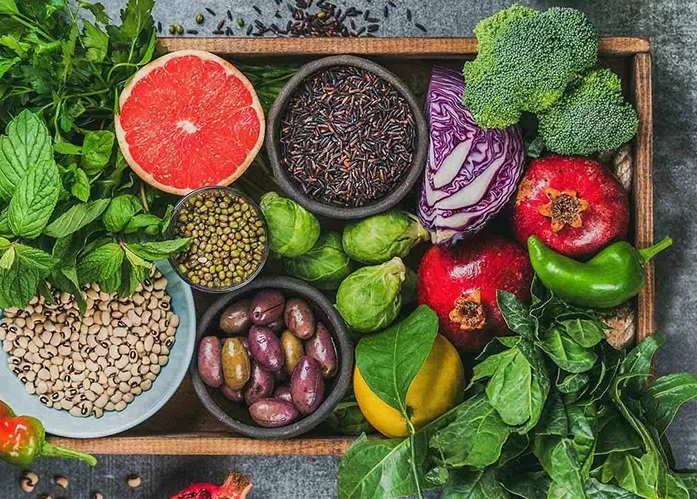 One of the best vegan restaurants in Tehran which its food is 100% vegan is the Zamin restaurant in Qods Shahrak. This restaurant is founded by a person named Houman Hekmaty which has designed the foods himself and his slogan is completely vegan food= food without violence. He is trying to decrease killing animals. The restaurant has a very nice and attractive setting and its full menu includes all-burgers, pizzas, sushi, kebabs and even some traditional Iranian stews. The interesting thing about it is the 30% discount on therapeutic drinks for children with cancer and military pilots . At the very small shop of this restaurant you can find gluten free crackers, kinoas and other vegan food.

from other vegan restaurants in Tehran, we could mention Ananda restaurant which has been operating since 1385 SH.This restaurant has always kept its vegan style with cooking Traditional Iranian  and also foreign dishes and it has a lot of customers in Ekhtiyariyeh Street in Tehran. One of the features of this restaurant is the green grass outdoor that offers a different environment to the bustling city of Tehran. This vegan restaurant serves a variety of delicious salads and desserts.

The Derakhte Banian Coffee Shop and Vegan Restaurant is located on Shariati Street. It has a small space here, but its surroundings are warm and cozy and the menu is very full and attractive. What is important in this restaurant is that there is no white sugar, canned or preserved ingredients in the dishes, and all the dishes and desserts are made from perfectly natural and fresh ingredients. What is interesting about this vegan restaurant is its tempting dishes, it is true that you have always had a kebab with meat but in this restaurant there is no meat but you still have the craving to eat kebab.

There is a restaurant called Tilit in Saadi St. in Tehran which has managed to bring two vegetarian and carnivorous cohorts together and for both of them there is a solution! Tilit, one of Tehran’s vegan restaurants, with modern atmosphere and traditional pottery, strives to combine modernity and tradition. Except for ordinary broth that we all know what it is, the restaurant has a menu for vegan customers too and there is a world of Dizy, pickles and vegetables to order. Please note that in Tilit you could not only order the traditional broth and there are always dizys with different tastes to try.

Another vegan restaurant that we would like to mention in vegan restaurants in Tehran is Pior Restaurant in ASP Tower. The Pior Restaurant’s decoration as well as the special events that take place alongside the good taste of the dishes, each of them alone could have been created a hearty set. The restaurant also has a breakfast menu for Thursdays and Fridays. Another positive feature of the Pior restaurant in Sheikh Bahai is that its extremely professional staff are fluent in English and fully explain the menu so you can choose a good meal.

One of the most popular and best vegan restaurants in Tehran is none other than the Khoshbin restaurant! A restaurant that has attracted a lot of enthusiastic customers with its Gilani cuisine. It is interesting to know that this restaurant,is known as Hassan Rashti, is popular among Tehran residents and has another branch of the same name in Rasht. The Khoshbin Tehran restaurant, with its simple, intimate and old-fashioned environment, welcomes many guests from all over Greater Tehran with the most delicious northern dishes.
You can taste the best Sour Kebab, Mirza Ghasemi, Baghali Ghatogh and other delicious vegan food here in this restaurant.

On Hafez Street, there is another vegan restaurant in Tehran called Charmiz. Charmiz is small and located in a particularly crowded neighborhood in terms of traffic.  Charmiz is always crowded at noon and has its own special customers. What sets this restaurant apart from other vegan restaurants in Tehran is that the food is cooked by the chef behind the glass so you can safely eat your own food. Charmiz is known for its pasta and many people know it as Pasta Charmiz. We recommend ordering from the restaurant’s dessert menu and drinks too.

From other vegan restaurants in Tehran which is located in the center of the city in a beautiful and quite park which is called Iranshahr, we could name Khane Honarmandan restaurant. A restaurant among the trees and green grass of the Iranshahr park which is located on the east side of the Iranian Artists House. This restaurant was established on 1379 SH and since then it has been promoting healthy food culture. The vegan Khane Honarmandan Restaurant is working with experienced staff and high quality food and it has been successful to gain a popularity among the fans of vegan food and has become a place for vegan persons hangouts.The Khane Honarmandan Restaurant offers a complete menu of vegetarian dishes with a wide variety of desserts. A menu that includes fast food such as spinach lasagna, as well as Iranian dishes such as vegan kebabs and authentic Iranian dishes, and you can enjoy these delicious meals outdoor at the complex.