Darband is usually the first giving suggestion you receive for having a tour in Tehran. It’s true that Tehran is full of attractions and spectacular places but this region with a combination of beautiful natures, lush slopes beside some of the best and qualified restaurants and also traditional absorbing restaurants is one of the best destinations for excursion.

In this article of Travital we’re going to speak about all the things related to this region such as; the history, attractions, climate, best time of going there and many other things.

For instance maybe you have been there before but do you know anything about the statue in the beginning of the square?

Where is Darband exactly?

Darband is a very nice and high class place which is quite suitable for climbing, friendly appointments and watching beautiful natural scenes and also eating the most delicious meals which are provided in every corner of this magnificent area.

This entertaining region is located 1700 meters above the sea level and is the main access way to Alborz Mountains and many people get to Tochal and other heights annually.

According to the surveys most of the Tehrans residents suggest this region for hosting foreign and domestic guests. This area is suitable for families and either friends or people who love nature.

The history behind Darband region

Darband was once a beautiful village in north of Saad Abad palace before being a business region. The archaism of this region returns to almost 200 years ago and there’s a part in it named Shater Garden which has almost 100 years old. But who was the first habitants in this place? According to the local people speeches there were a couple from Taleghan who moved here and made the base of forming a village here for the first time. Due to the excellent location it had in past, attracted a large number of rich people and officials from that time, and many wealthy people and kings built private residences in this summer region and this made the neighborhood attractive and palaces like Saad Abad were built next to it. The popularity of Darband, however, was from the Qajar period, and princes such as Kiomars Mirza and Prince Allah Verdi also resided in this neighborhood. 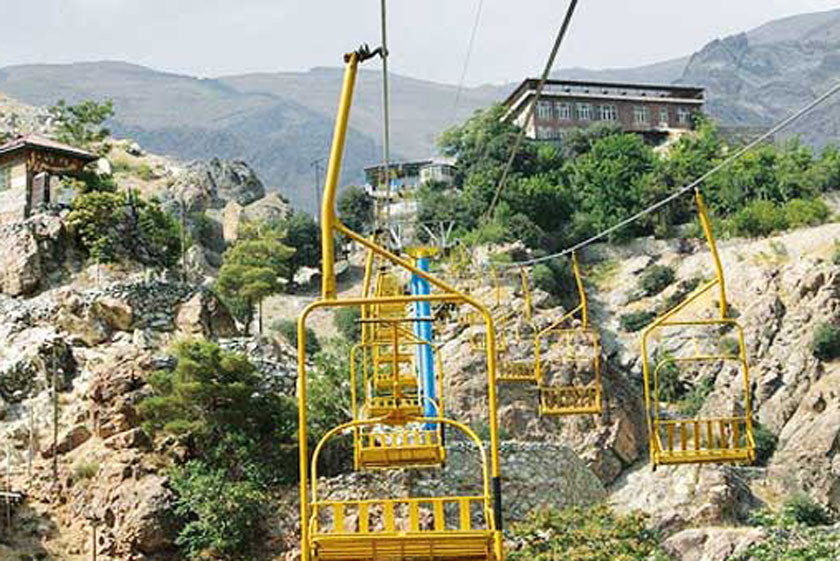 Facilities and attractions of Darband

As we mentioned Darband is a recreational and well-resourced area, so it’s not wired that many entertaining facilities or different attractions have been shaped here. Some of these attractions are even more attractive than others that we suggest you to visit it whenever you get there. 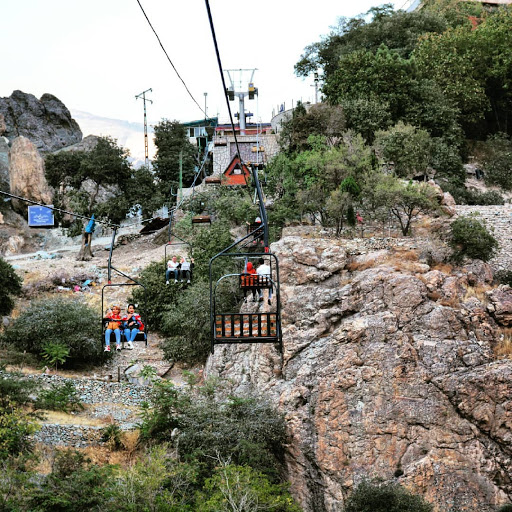 A trip to the heights of Tehran with chairlifts of Darband

One of the attractive entertainments which had been existed about 40 years ago is using chairlift in Darband and having a very interesting trip over the heights of this region. People who were living in slopes of the mountain and those who were in heights had no vehicle to transport so they decided to design a vehicle to have an easy transporting but after a while this vehicle changed to something for tourists and people who came there to go to the heights and watch the beautiful view from there.

Darband Mountain, the most popular natural attraction of Tehran

The most famous entertainment in this region is climbing and due to its Maze path you might even find it more interesting. There are many great and good qualified restaurants which make you more happy time for you and your companions.

There are two climbing paths you can pass. You can get to Sarband Square which is the first point to start the trip or go through the chairlift way and get to the summit which is ended to Pasghaleh Village and then Dogholu Waterfall, Shirpala Refugee and finally to Tochal summit. 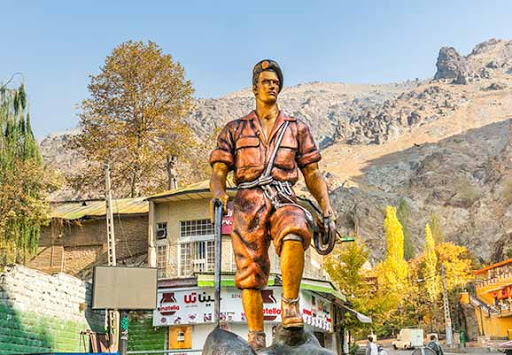 The Climber Statue, one of the attractions in Darband

One of the most attractive parts of Darband is the 3 meters Statue of a climber in the middle of Sarband. This statue is a great photographical subject but there are few people who know about the history behind it. This statue was built in memory of an officer who saved some foreign climbers who their plane crashed to northern Mountains of Tehran about 50 years ago. A German paratrooper was sent to save them but he stuck also to the rocks and then Sergeant Amir Shahghadami was chosen to save this group. He bravely rescued the entire group, receiving a medal of courage from US President John Kennedy and being honored by the Iranian government at that time, due to gratitude of his brave operation, his statue was built in the middle of the Square in that region. The statue is still in the Darband Square of Tehran after 50 years. Sergeant Amir Shahghadami retired with the rank of colonel and eventually died in May 2008.

An exciting recreation in bobsled of Tehran

Bobsled of Tehran is one of the other attractions which is placed a bit further than the place we’ve just introduced you. With this bobsled you can go to heights of Tehrans mountains and see a great fascinating view of north of Tehran against yourself. There are also many facilities like; electronic cars, cinema, various sport fields, safari and etc. The wagons move with 850 meters per hour speed and give you lots of excitements.

Restaurants and food in Darband

Having a delicious meal for many people is in fact the main pleasure and recreation. The pleasure of eating a traditional Iranian dish in a very cool weather and free space with your family or friends might be an opportunity you can’t get another easily. Don’t miss the street food! Because you’ll find different types of sours, grilled corns, steamed groceries, gummy candies and etc in this place.

Many people choose to get to Darband with their friends or families at the weekend and walk through the beautiful passage of Darband to the mountains. It might take even 2 or 3 hours walking, as you can watch beautiful nature, river, trees, restaurants, take photo, taste sours and pickles, go to cafes and many other things.

When is the appropriate time to go to Darband

Each time, in every season, has its own special mood. Spring and summer, or even autumn and winter of the area are even beautiful. It is very crowded on Thursdays and especially Fridays, but you can go to there every day, every hour and have fun. 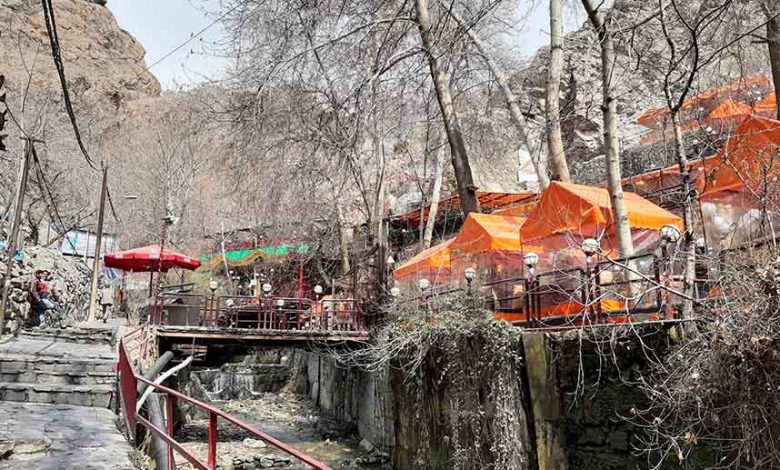 In order to reach this recreational area in the capital you first have to go to Tajrish Square and then take the cab to Tajrish Street and get off the car at Sarband Square.

We explained everything to you about Darband in Tehran. We explained to you what history this area has, what attractions it has and how to get there. This pleasant climate area is one of the best places to spend your weekends. Further more in order to get acquainted with other attractions in Tehran you can read its article in Travital. Finally, we ask you to share your experience if you have been in Darband before.