Introduction of the tourism villages in Iran you must visit

Village tour is one of those kinds of trips which is common among the most of people with a high level of absorbing. There are many beautiful villages in Iran you may never have heard the name of them! But they are so spectacular that we suggest you to go and visit them. According to the importance of village tour, we’re going to speak about the best villages of Iran in this article in Travital which are actually worth to be visited. Join us then and get familiar with these villages more!

An absorbing charming village located in 40 kilometers to Natanz town. This village is one of the highest residential regions which attract many tourists in every year. The height of the village is about 2222 meters above the sea level in addition to special and local architecture and many historic buildings.

It’s another tourism village in Iran suggested to go that is located in 50 kilometers to western south of Tabriz. This village has a high potential for its special shape and houses and also a high people attraction level. You might found it interesting that there are an example of here in Turkey named Kapadokia which is actually a residential place and attracts many tourists as well.

In order to get to this village you must go to Esko and then to Esfanjan and Kahnamo.

There is a village named Makhunik in south Khorasan province which has about 739 people population according to the last statistics in 2011. It’s one of the most absorbing tourism villages of Iran which is quite a suitable option for adventure. There’s only half an hour from here to Afghanistan and the Makhunik people are originally Afghan. The distance between this village and Tehran is about 1261 kilometers.

It’s another tourism village in Iran. This rocky village is placed near the Kerman city and is considered as one of the oldest settlements in the world. Historically, it has 12000 years archaism and contains many ancient artifacts.

Kerman province has a village called Beyaz and is one of the tourism villages of Iran. It’s also interesting to know the meaning Beyaz is white and in its Turkish root and they name it because of existing cotton farms in this region. According to last estimates, the population of Beyaz village is equal to 3402 people. 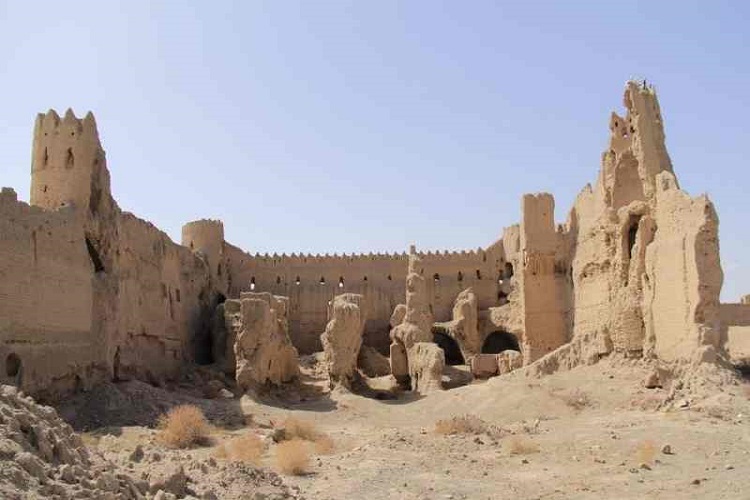 There is a region with a very pleasant climate in the Kurdistan province called Oraman (Uraman), which can be found in list of Iranian tourism villages and said it should be visited to be sure. The city has been created in an east-west valley on a steep slope facing the mountain. The architecture of Oraman Village is a stepped case and when you look down from the village you will see the yard of each house as the roof of the other house and this is very attractive to tourists.

In order to get to this village you have to go about 75 kilometers to the city of Marivan, because Oraman is located southeast of Marivan.

One of the best tourism villages in Iran that has actually many fans and maybe there are less people who has not gone there yet, is Masuleh village in Fuman. Architecturally, the area is on the list of Iranian stepped villages and provides a special romantic atmosphere for its visitors. 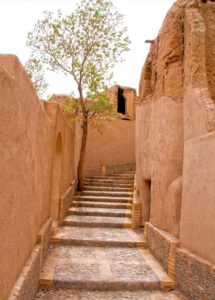 Another village that could be included in list of Iranian tourism villages is Kharaneq. This village is one of the most valuable landmarks of this region due to its historical archaism. The village was first mentioned by Zoroastrian pilgrims in the year 1324 AH, which is coincided with the 12th year of Sassanid Yazdgerd reign, and was considered as a rest house for merchants and travelers in the middle of way. You might found it interesting to know that this village in Europe is even more famous than in Iran.

This village is located in north of Yazd and distance of 50 kilometers to Ardakan.

This village is one of the most attractive villages in Iran. It’s placed in 2600 meters heights above the sea and its name put in list of the tourism villages of Iran. Here is one of the few places in the world you can simply watch the clouds under your feet and even touch them in your hands.

It’s a village with 2000 years archaism that its name puts among the tourism villages in Iran and we also suggest you to visit it. The interesting point about this village is that no car has still get to there even once and you have to go there by car as far as the road and then you should walk the rest of the way.

This village is located near the Gardan castle and in 55 kilometers of south Tonekabon.

The other tourism village in Iran can be mentioned is the Negel village in Kurdistan, which is one of the most important tourist attraction spots in Iran. This area is located in Sanandaj in Kurdistan province and according to statistics of there has a population of 1700 people. It is interesting to know that in order to get to this village in Kurdistan you have to travel 65 kilometers to Sanandaj on the Sanandaj-Marivan road.

The other region which put in list of the tourism villages of Iran is Tamin village in Sistan. This village is placed in 65 kilometers of southwest of Mirjaveh and it’s one of the most beautiful villages of this region. This spectacular village has 3 parts and each one has about 300 meters distance to the other one. Tamin village in Sistan and Baluchestan is one of the most attractive villages in field of tourism in the country and attracts many tourists annually.

One of the other places we can name it in Iranian tourism villages is Vanshan village in Golpayegan. This village is located in Isfahan and has unique historical buildings and textures. This wide area is one of the oldest civilizations in Iran which has occupied hundreds of old, beautiful and important villages. Vanshan village of Golpayegan is located in 12 kilometers of south Golpayegan city and 15 kilometers of north Khansar. The village, in its beautiful nature, is home to many monuments and historical effects.

This village is placed near the Chaboksar and has 22 kilometers distance to Ramsar. It’s also placed by the river Achirud, when you reach to this village you can see the mountains and cross among the beautiful jungles and rivers and enjoy the ultimate pleasure and comfort. In addition to the serenity in the village of Sarvelat in Ramsar, the hospitality of its people is also a subject of speaking and you will never feel strange. The proximity of the mountains, forests, sea and rivers to this beautiful village would double the charm of journey to here.

Another village named Lighvan is located near the east of Tabriz which is famous for feta cheese producing. This village has a very good climate and according to historic and science researchers it’s one of the most beautiful and crowded villages in eastern Azerbaijan. This village is also located in a pleasant valley and Sahand mountains.