The attractions of Tabas city

Tabas city is one of the oldest cities in Iran which for historical and natural attractions of that is considered as one of the most popular options for tourists. In addition of historical monuments there are also many natural desert attractions that can make your trip even more attractive. Geographically this city is located in west of southern Khorasan province and it’s noticeable that it has been a part Yazd province in past but in 2012 it changed to be a part of southern Khorasan. In this article of Travital we’re going to give you some information about Tabas attractions, join us.

As we’ve just mentioned Tabas is a historical and spectacular city in south of Khorasan which has got popular for its attractive attractions. This desert region have desert climate and coil mines. These mines are considered as one of the most important national heritages. It’s interesting to know that despite of the desert climate there are some jungles and lakes in some parts of it. 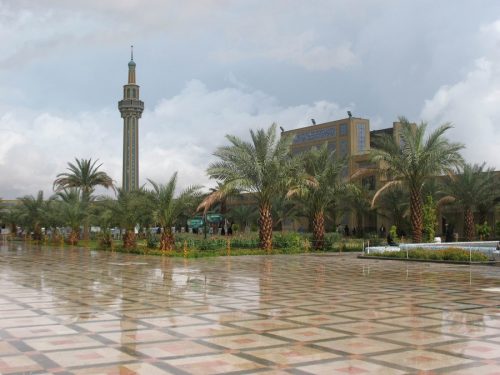 The philosophy behind the name of Tabas

According to the historic signs, the word Tabas is consists of two words Tab and Bas. Tab in Persian means Heat and fever and Bas means enough, so they might have called it Tabas because they were tired of heat in there.

The attractions of Tabas 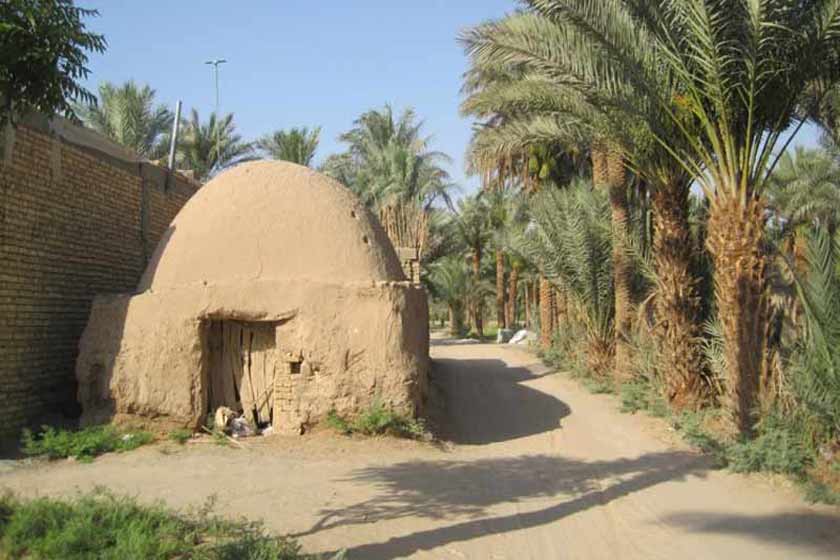 Many years ago people of Tabas had built several Towers called Hadarbash in order to protect their fields against the thieves and wild Animals attacks. Hadar in local speech means protection and as we mentioned this region was a part of Yazd province.

One of the most popular and unique dam which shows the creativity and prudence of Iranian people, the reason of these praises is its intellectual design because no sediment is gather behind the dam and its expected this constructs works for thousands years and do its main job without any repair or protection. This dam has more than 700 Years archaism and is popular as Abbasi arch as well. It’s located between two mountains and made of clay which its crown is made of stone.

The old Kart dam with more than one million cubic meters storage has been having the duty of providing drinking water for local people, so it’s had a great and noticeable share in providing needs of people and also settling the village.this dam is located in distance of 42 kilometers of Tabas city unfortunately the archaism of this dam is unknown and there’s not any available information about it, some parts of its clay arch have been destroyed and as a result the entire shape of it disappeared. 150 years ago 4 meters was added to the heights of this dam that has prevented it to get abandoned. One of the features of Iranian dams is its arch shape.

The interesting point you must know about this dam is that it’s also registered in list of national heritages. 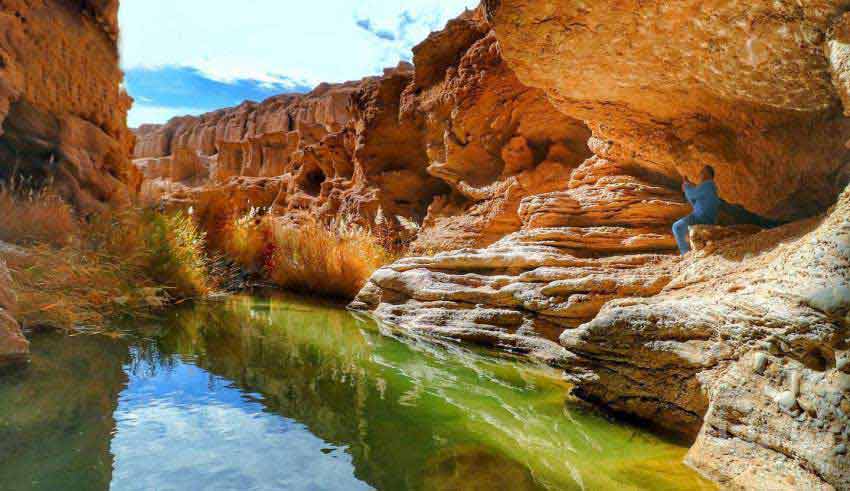 Kal Jeni is one of the other attractions in Tabas which is in fact a very ancient valley, it called goblins valleys as well. There are some signs of Sassanid period in this place. This valley is located in north of Tabas and near to Azmighan village which is a wonderful land. Local people known it as a place where in goblins live and it’s dangerous to travel there alone. 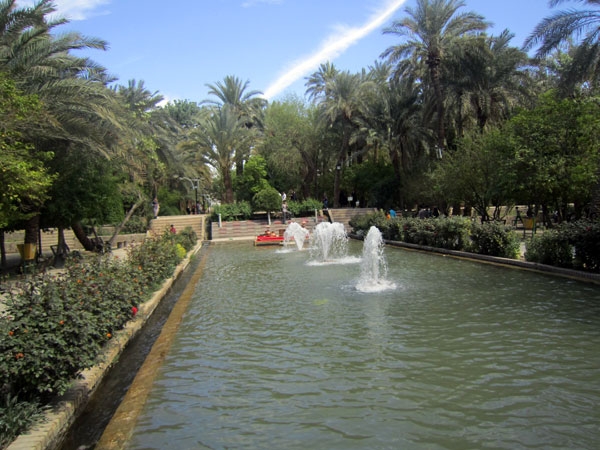 It’s a garden located in the middle of desert where is very wondering and mysterious you can visit during your journey. This garden is one of the seldom gardens with running water. This garden was built by the third commander of Tabas by order of Nader Shah. The main building of this garden is destroyed in earthquake in 1357 AH but today another building is built in it with the same layout and design. 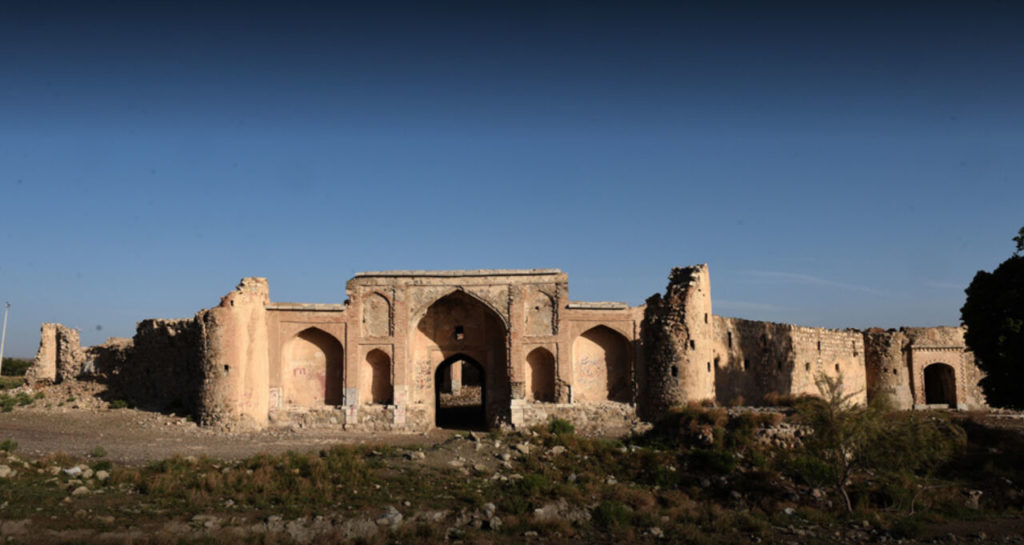 There is a guest house on the old Tabas-Yazd road called Khan, which is exactly 30 km away from the Kalmrud guest house. In the middle of this village, there is a beautiful Khan Guest house with beautiful and remarkable architecture. The building of this house is square. One of the architectural features of this constructs is the windbreak complex and its royal dome.

There is an Imamzadeh in Tabas named Hussein Ebn Musa Al-Kazem, which historians consider to be the children of Imam Kazem. According to some documents, the time of the initial construction of this shrine was in the fifth century AH. In 1978, this Imamzadeh was completely destroyed by an earthquake, but after a while, Astan Quds Razavi rebuilt it. 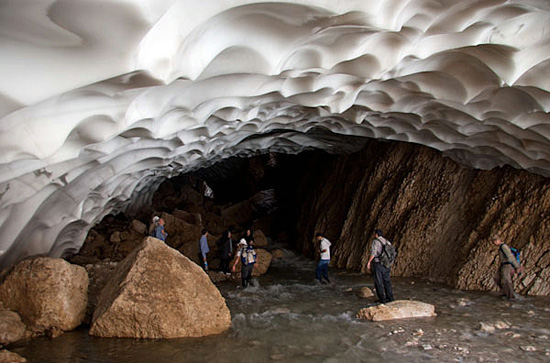 The cave is located in Halvan village, 75 km west of Tabas city, which is also known as Halvan cave. Helwan Cave is one of the best tourist attractions in Tabas and according to studies conducted by experts on the rocks of Halvan Cave, they have found that it dates back to 160 million years ago, which belongs to the Middle Jurassic period. As there are many remains of animal bones such as sheep, camels, donkeys and birds in the cave, it might be a shelter for predators. 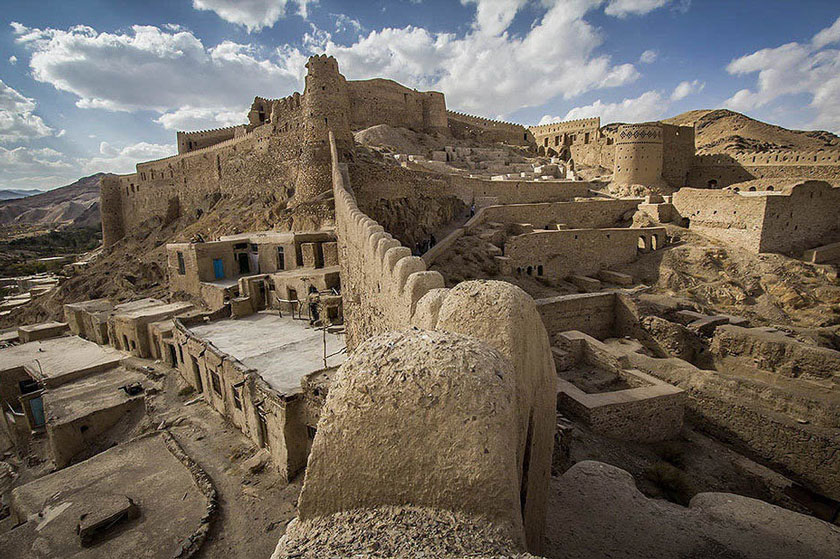 As we mentioned, there are many historical monuments in this city, one of them is the Ismailian castle during the Seljuk period. This castle is one of the strongest historical monuments which is built among the mountains of Tabas and is located near the Kharavan village. From the top of the castle, wherever you look, there is a mountain and there is no opened horizon. There are four water reservoirs inside the castle, the healthiest of them is located at the highest level of the mountain, and only the dome lost in the middle of it is ruined. 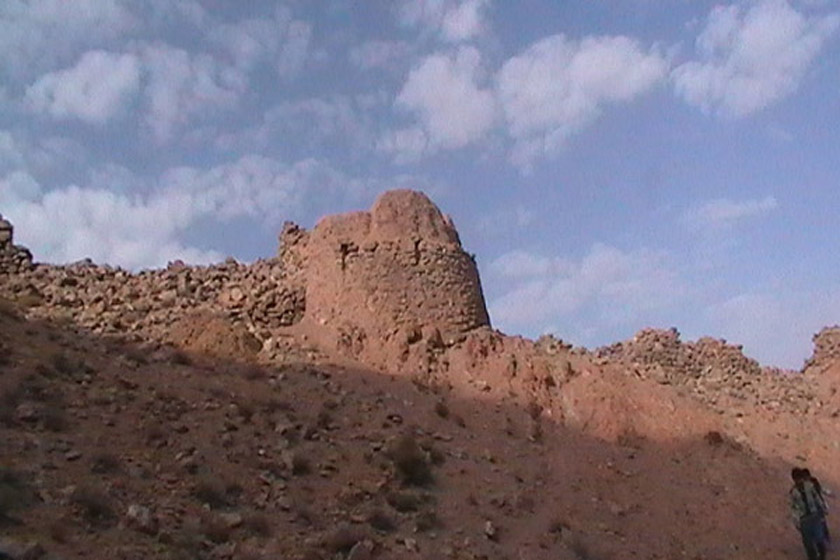 The architectural style of the Tabas castle shows that this castle was built in one of the previous periods, which is thought it’s related to before the arrival of Islam in Khorasan province. The steep you have to pass to reach this castle is very low and not annoying. On east, west, and north sides of the castle there were only mountains, and nothing could be seen except the peaks of the mountains. But in the south, there was a bright area where there was a plain called Tabas, and because the castle was so close to this plain, the Ismailian called it “Tabas Castle.”