A journey to east of Iran; from Gorgan to Chabahar

One of the most popular trips in recent years is a following trip and visit cities one after the other in the same way, so people start their journey on a spot and go ahead from one city to the other city. For example, some people decide to go south, east and north on New Year’s Eve or summer vacations that have a lot of free time. In this issue of Travital we are going to set up a program for those who are planning to travel to east of Iran to be a guide for city to city trips! Follow along with us to find out about travel to East of Iran, directions, attractions, accommodations and other things you need to know during this trip.

Please note that if you have any experience of traveling to east of Iran, please let us to know about it.

In order to start the journey you should start from Firuzkuh road. In this way which in, you pass Firuzkuh, you will also pass Ghaem Shahr, Sari, Beh Shahr but we suggest you to pass these cities as the purpose here is travelling to east cities and go straight to them. 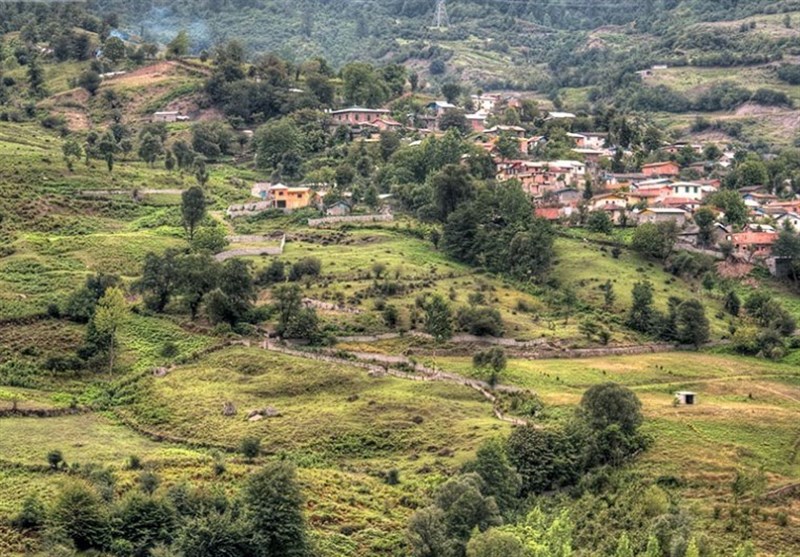 The first city we suggest you to travel to in Iran is Galugah. This ity is also known as Rose Water city. According to what historic books say after Moqul’s attack to Iran it’s got ruined and its people have got infused. Based on the remained effects in ruined houses, coins and other things the archaism of this place returns to 1254 years ago.

Considering of the great distance you’ve passed to here and Tehran, make sure to stay in this city and have a great meal at the main branch of Akbar Jujeh.

The main branch of Akbar Jujeh

The Akbar Jujeh restaurants usually serve just one special food that is actually the same named Akbar Jujeh, half of a small fried chicken with rice and pomegranate sauce.

This town is located at the end of Golestan province. There are many attractions in this town you can go to the port and visit the small Bazaar of it and buy some stuffs or go to the beach and stay in pergolas and relax.

The other attractions of Gaz port

After that we suggest to move to Golestan province, in the middle of way you get to Kordkuy city.

This city is located in west of Golestan province and on 29 kilometers distance from Gorgan.

The spectacular attractions of Kordkuy

This is a region with a perfect and untouched nature, tall trees, river, the summer houses, waterfall, fountain and pleasant winds that gave you a double comfort and pleasure. 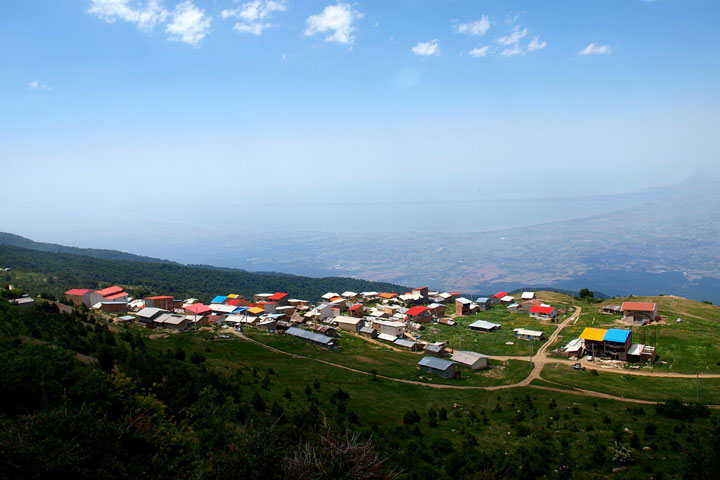 Here is one of the villages in Golestan province which is placed on the highest heights of Kordkuy. Here is so high that you can see more than 10 villages and cities and even Mazandaran from this village. The view of the eastern end of Caspian Sea and the Gorgan gulf is one of the most beautiful scenes you’ve ever seen.

Derazno has about 40 kilometers distance with Kordkuy city and the Derazno castle with 2800 meters height is located next to it. 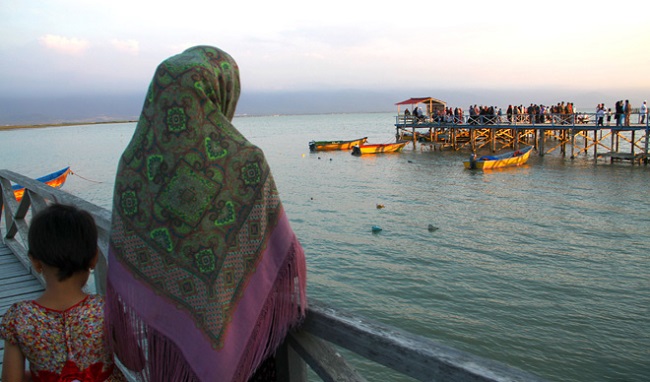 One of the most beautiful and maybe the most popular cities of Golestan province is the beautiful Torkaman port located in east coast of Caspian Sea.

The beach market of Torkaman port

In order to buy souvenir you should go to the dock. This market is the most important shopping center in this city. 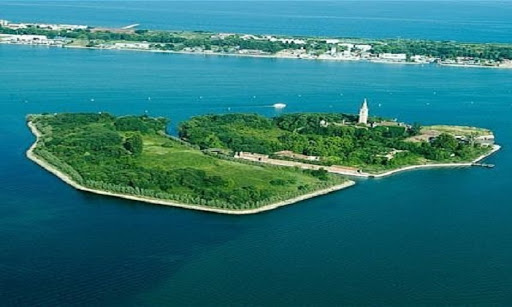 This island located in Torkaman port town, is the only island in Caspian Sea margin. Unfortunately this region has separated from its main part by recent human activities and excavation. This place is also registered as one of the first biological regions in the world.

In order to get to this island you should take to the Torkaan port, it’s about 387 kilometers to there from Tehran. When you enter there you can take boat from there to Ashvardeh Island. 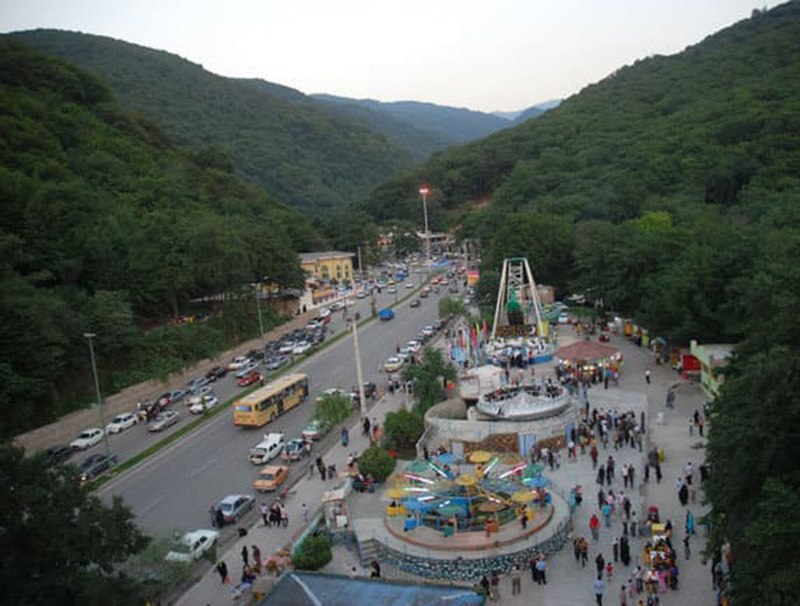 It’s one of the oldest esplanades in Golestan where every traveler to Golestan puts here in his trip schedule. Here is a jungle with tall trees and all the necessary facilities for staying.

If you’re going to stay in Naharkhoran, you can stay in hotels, local houses and jungle cottages.

This hotel is located next to the jungle and it’s got a beautiful green and tidy area.

Address: the beginning of Ziyarat road, the end of Naharkhoran Blvd, Gorgan

It’s a luxury hotel in green flats of Gorgan. Including features of this hotel is having a passage for walking and tennis and sport fields.

Address: opposite the Nodicheh village, the 10th kilometers of Gorgan-Sari road, Gorgan

This hotel is located in a very pleasant climate village and has many rooms with the great views and tour services. 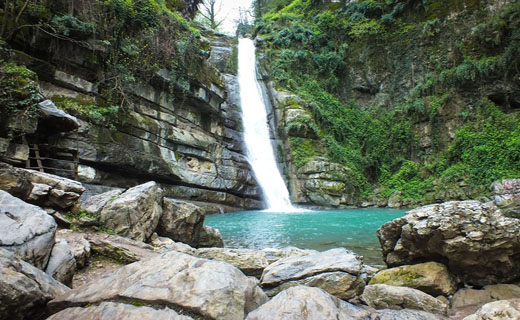 This complex is contained 7 different waterfalls that placed among the great jungles and boisterous rivers. The first waterfall is the most available one and for that you might find it more crowded.

It’s located on 2 Km from Shir Abad village and the 7 Km of the south of Khan Bebin City. 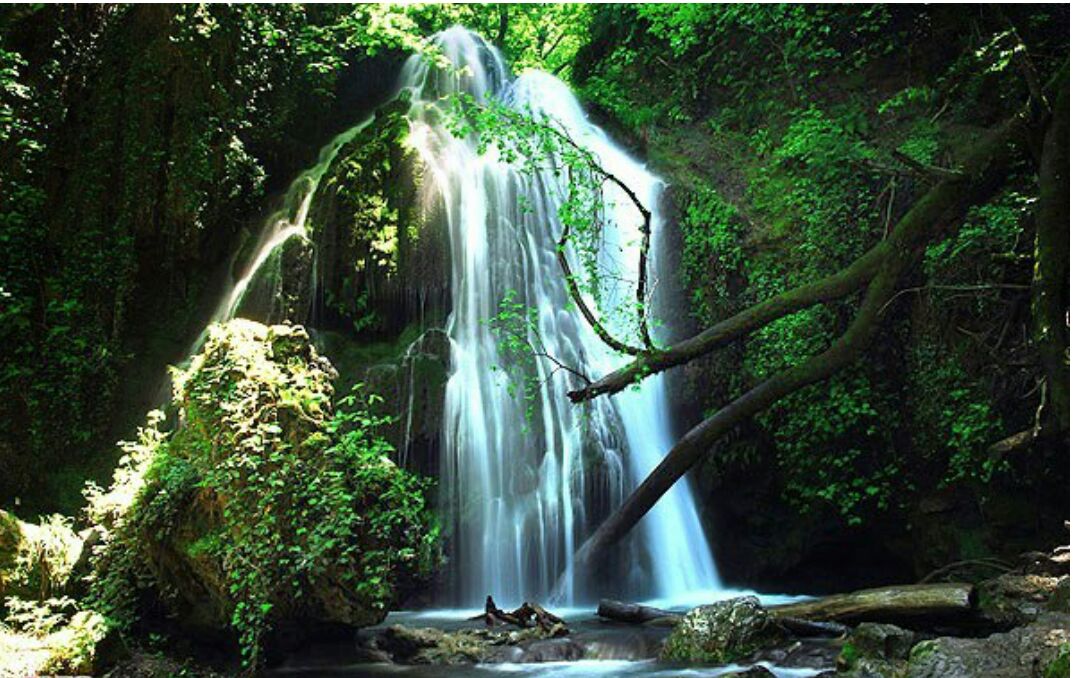 This water fall is one of the attractions in Golestan whihc attracts many travelers every year. Kabud wall is located on 5 Km of Golestan province and the water is coming from southern fountains.

Gol Ramian fountain has about 1 kilometer distance from the main road Mashhad -Tehran. The fountain is located on 2 kilometers from south of the Ramian city and the passing road is also asphalted.

Ali Abad Katul is one of the safest and greenest cities in Golestan province, located about 4 kilometers to east of Gorgan downtown. The city is bounded on the east by Ramyan, on the north and northeast by Gonbad Kavus, on the west by Gorgan, and on the south by beautiful and protected Chel Chely forests.

There is a village in Ali Abad Katul town called Khak Pierzen village, which is a very climatic area and has an asphalt road. The inhabitants of this village are very nice and warm. We suggest you to choose Barzegar Villa in order to stay in this Village, situated in the pristine nature of the Hirkani forests and fully equipped. 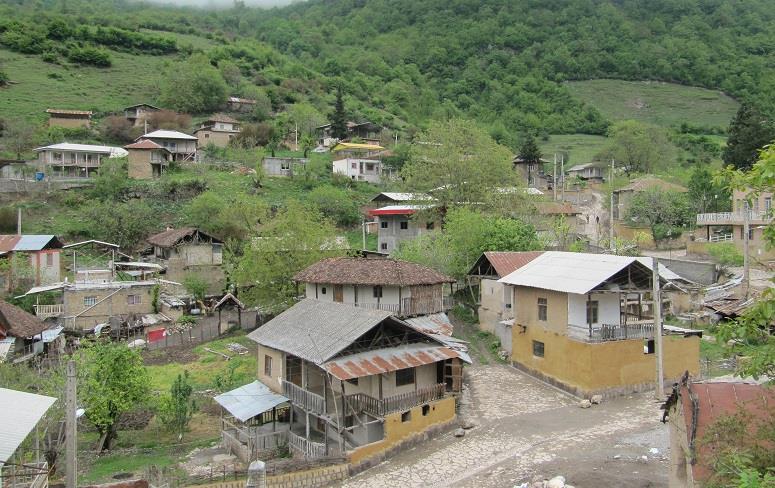 On the 4th kilometer of east of Gorgan there’s a village called Chino which we suggest if you would like to visit this village in east of Iran. The weather is unique and as far as eyes work, you’ll see lush and tall trees. 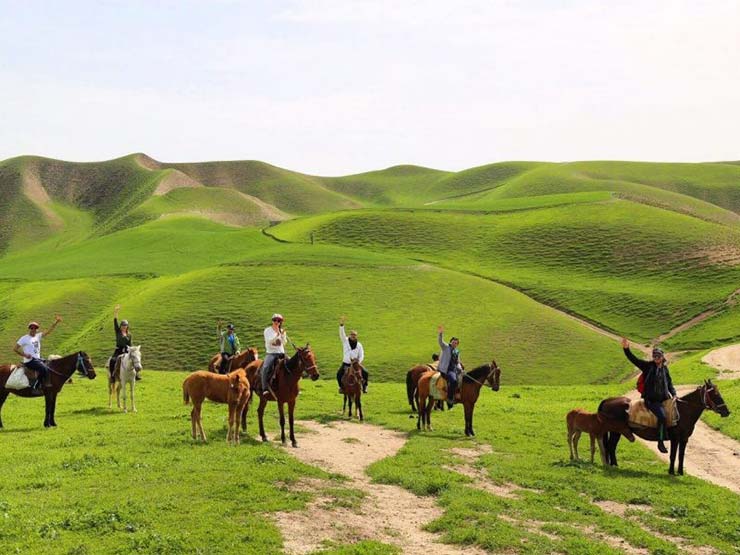 This city has many tourist attractions where you must spend at least two days for sightseeing.

Well, you’ll reach to some more interesting parts in journey to east of Iran slowly. The next destination after Torkaman Sahra region is Bojnurd. Bojnurd is a city located in north of Khorasan and most of the people know it by Baba Aman resort.

Here are some of the best tourist attractions of Bojnurd

Besh kardash which means five brothers is the name of a place in 7th kilometers of Bojnurd City. This place fountain’s water is quite useful in order to cure the nutritional and liver diseases and disorders of the urinary tract.

Address: the beginning of Esfarain, the 7th kilometer of Bojnurd, North Khorasan 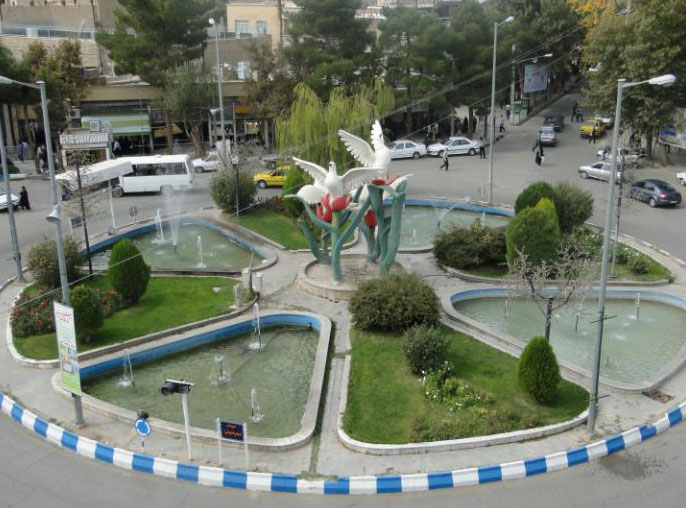 There’s a historic city in northern Khorasan with a great climate which was recognized as the land of warriors and battle men once in past. 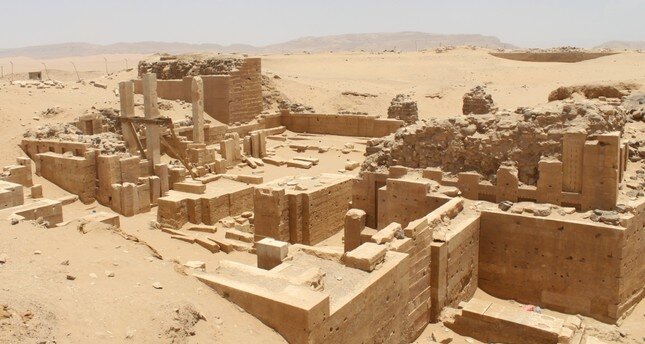 The ruins of Esfarain, known as Belqais is one of the biggest mud and clay heritages of the country and it’s consisted of different parts; Arg, Khandagh, Hesar, indoor facilities and cemetery. The healthiest survived part of this city is the ruins of Arg which has 29 towers with 11 meters heights.

Since Bojnourd is a large city and you have traveled a long distance from Gorgan to Bojnourd, we suggest staying at these hotels and visit the attractions of this city.

The attractions of this city;

We recommend you having a casual lunch in this city and if you want to go to the attractions mentioned, since we are trying to present a trip to eastern Iran, go to one of these two destinations, Neyshabur or Kashmar and then you can go to Haydariah Torbat from there.

Here is one of the most beautiful cities in Iran, the city of blue stones and eatable flowers. It’s also the second populated city in Razavi Khorasan province. In this city you can visit the tombs of the great men of Iran such as Attar, Khayyam and the tomb of Kamal al-Molk and change the atmosphere of your journey a little bit, furthermore, enjoy the great architecture of these tombs.

We suggest you to stay in this city at least for one night and you reside in Amiran Hotel which is one of the best hotels in here. 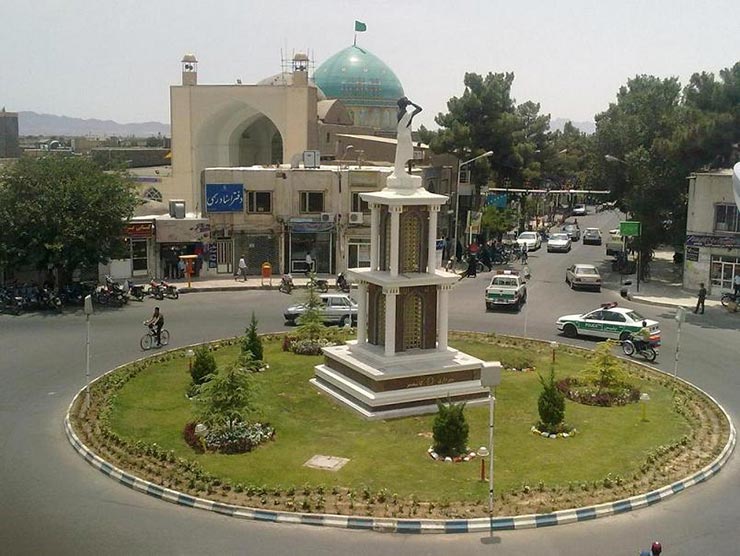 Here is a city with 2000 years archaism that actually is one of the suggested options to visit.

The best attractions of Kashmar

The natural Glacier in 7th kilometer of Bandghara village,the mineral warm fountain in Kariz village, the Kuh Sorkh stepped village with a great climate, the Forutagheh Iceberg and jungle park. 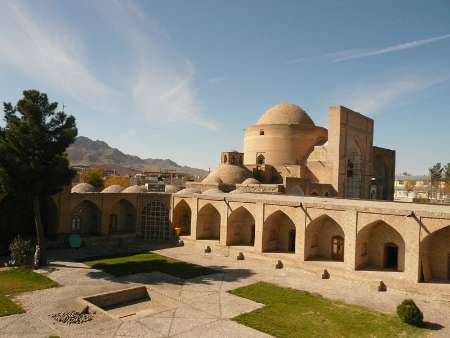 After Kashmar or Neyshabur, the next destination is going to be Torbat Heydariah. This city is located in on 140 kilometers of Mashhad and is also the biggest center of saffron producing in Iran.

This city has also many attractions but in this article we introduce you the most important one, The Ghotb Al-Din Tomb which is also remained ruins of a Jameh Mosque, placed right in downtown. 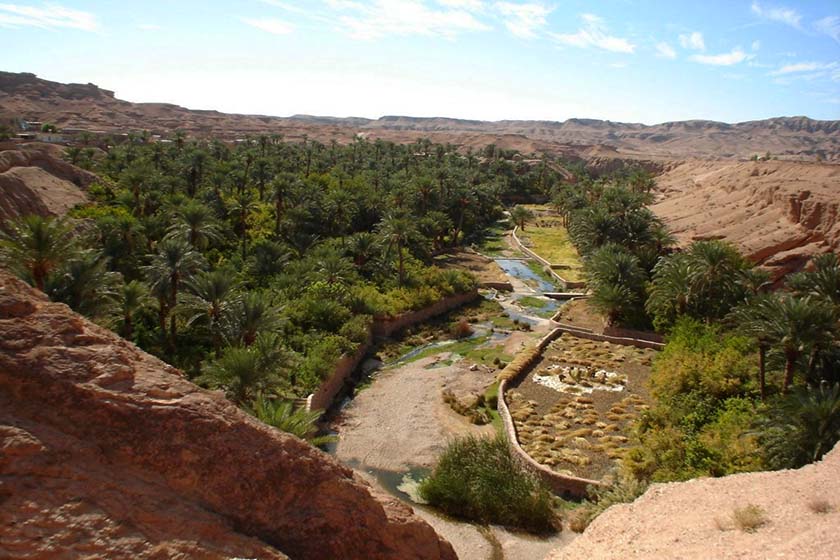 After visiting Neyshabur, Kashmar and Heidariah Torbat, the next city would be Tabas which is one the historic regions in Razavi province. It’s one of the oldest and most special cities in Iran for its great attractions and sights.

The attractions of this city

Since Tabas has many tourist attractions, we recommend staying in this city for one or two nights so that you can enjoy the attractions in this city. 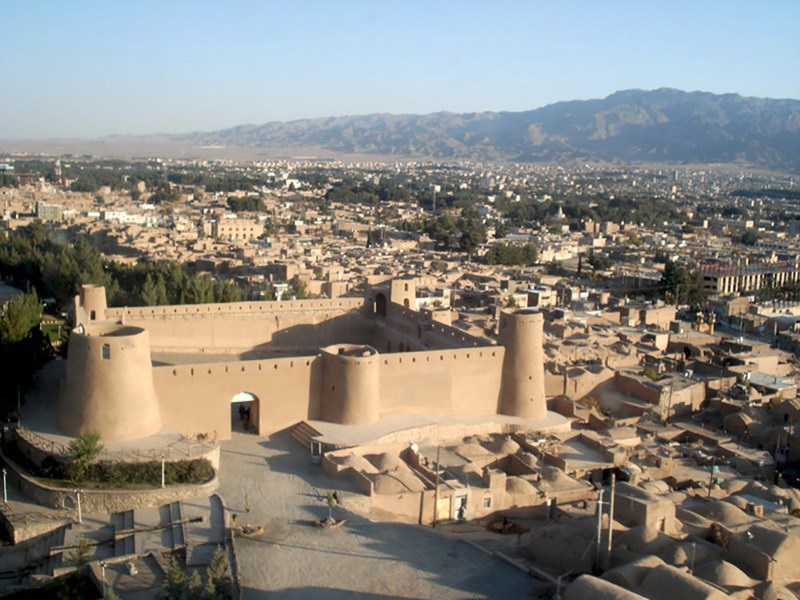 The next spot is Birjand. You can stay in this city or continue your journey to Zahedan as you intend. Here are two suggested hotels for you; 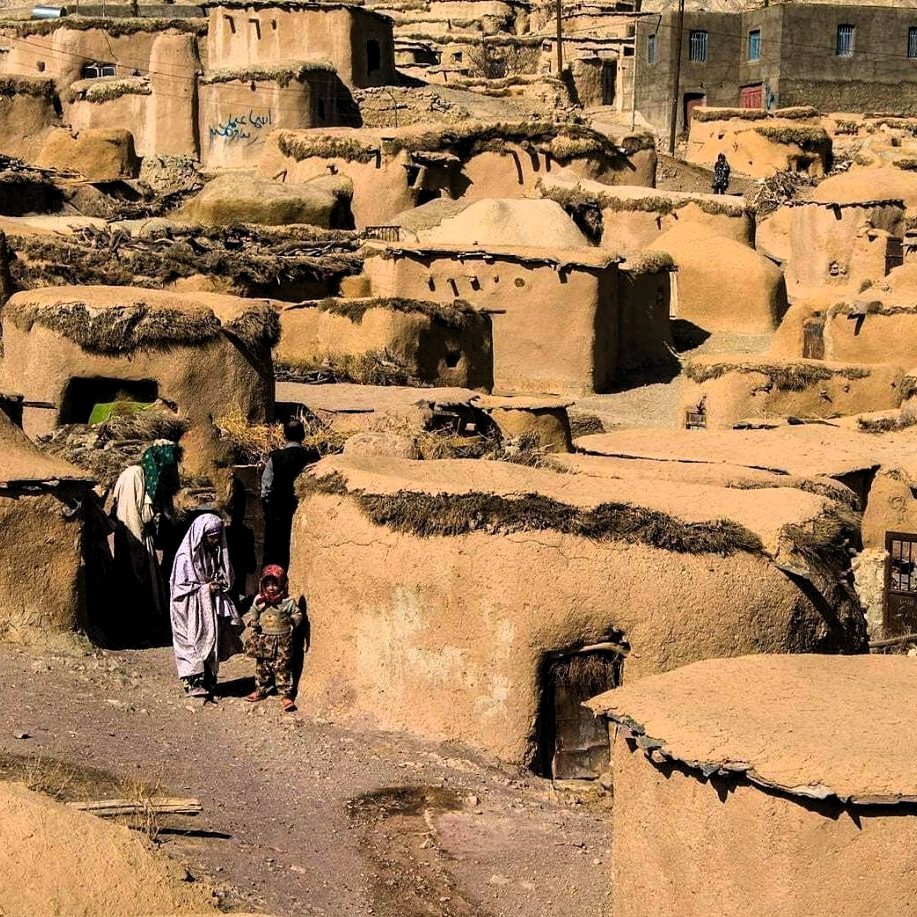 There is a wonderful village in Birjand called Makhunik. This village is only 30 minutes to the Afghanistan border and its people are originally Afghan who came to Iran about 3 centuries ago and settled there. The lifestyle of the people in this village is very different from all the villagers we know at least in Iran. 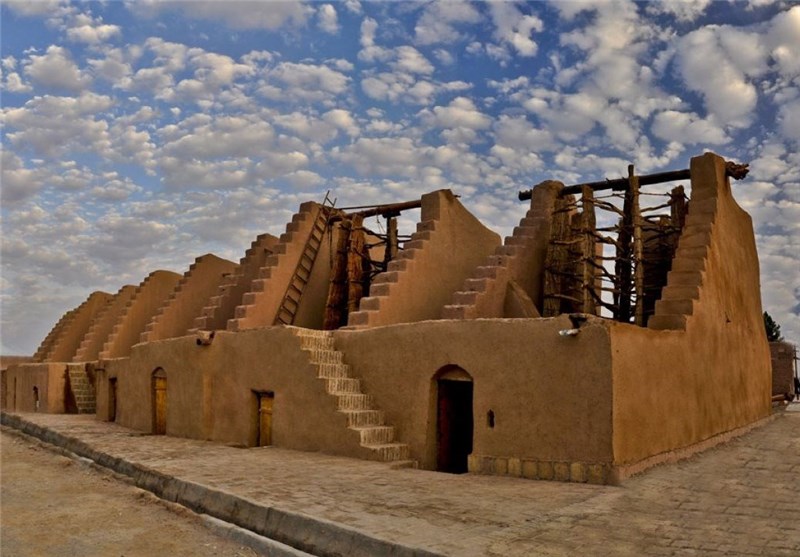 Nahbandan is the capital of Nehbandan city in southern Khorasan province. It is one of the desert regions. Ne was one of the ancient cities during the Parthian dynasty. Originally it’s belonged to Sistan and Baluchistan, where is the next destination of the journey to east of Iran. 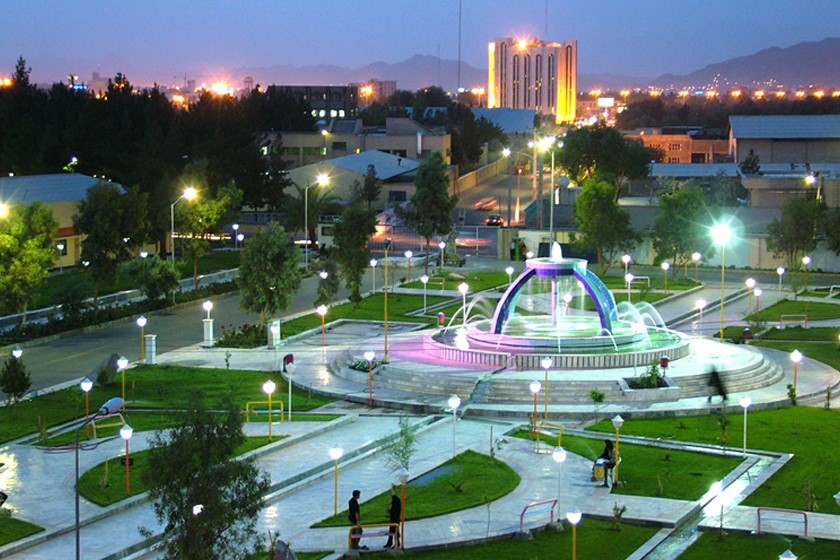 Your last destination in this journey is Sistan and Baluchestan province and its capital is Zahedan. The distance between Birjand and Zahedan is about 7 hour and 20 minutes. 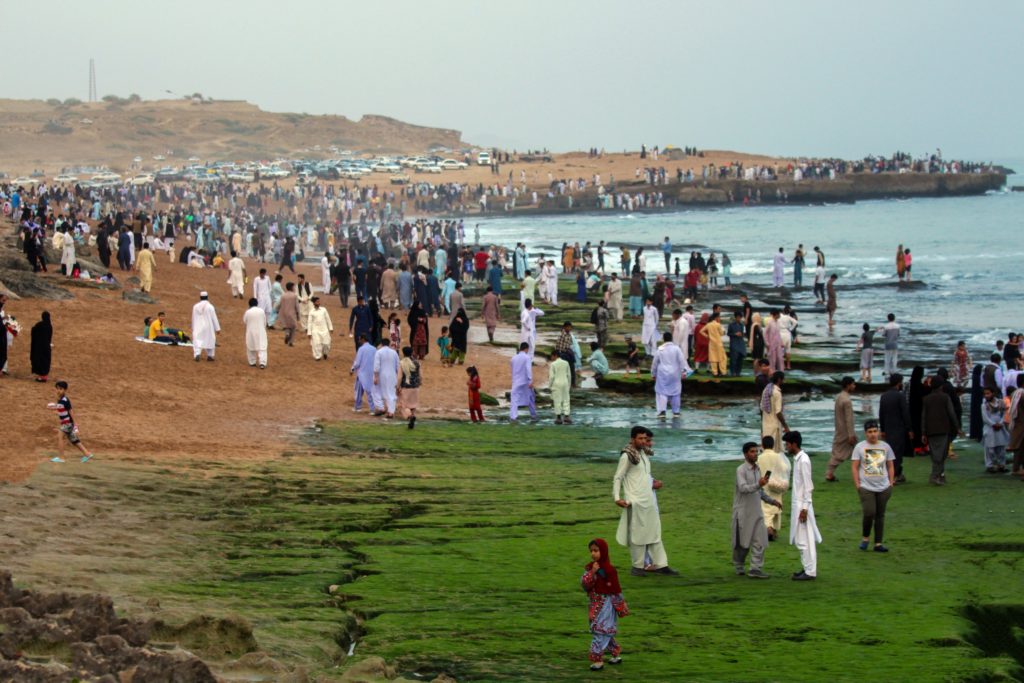 Chabahar is a port city in eastern south of Sistan and Baluchistan and the only oceanic port in Iran. This city is economically very important for Iran because of its geographical location.

This city’s climate is middle and like spring in any season and that’s why they call it Chabahar which means 4 springs.

The attractions of Chabahar

Some of best hotels in this area

Address: Against the Al-Ghadir Park, the end of Imam Khomeini Blvd, Chabahar, Sistan and Baluchestan

Address: the free region of Chabahar, Sistan and Baluchestan

Finally, the journey is end and you will be 2 days in way in order to get to Tehran again. Since the way is so long and you’ll be 20 hours on way so we recommend you to stay one night in Kerman or Yazd.