Introduction of 7 luxury hotels in Iran

Luxury high-stars grand hotels can attract many tourists in any country, sometimes these hotels are considered as tourist attraction themselves. Join us in this article and we’ll introduce you some of the best luxury hotels in Iran. 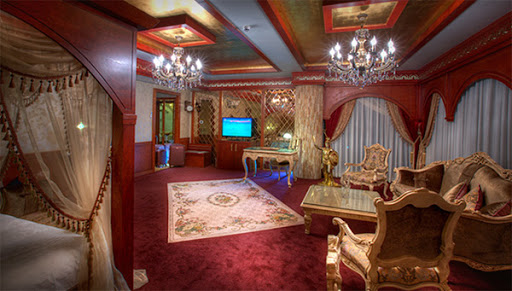 The luxury Darvishi hotel in Mashhad

This glorious hotel in 20 floors is placed on Imam Reza St and considered as the highest accommodation and the only Atrium hotel in east of the country. We call it luxurious because there are 5 different restaurants except different existing rooms in this hotel which each one submit you a special menu. In one of these restaurants Moroccan food are served and another one which called Berkeh you can catch fish and they offer you 7 different cooking ways for that. One of the reasons for high prices in here is you can use all the services in hotel and even transfer for free. Mean while electronic staff, computer and fax are also provided in 70 meters suites in penthouses of these hotel. 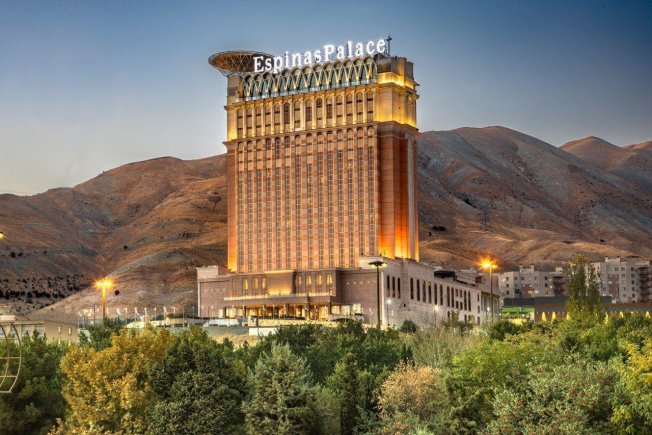 After Espinas hotel in Astara, another Espinas Hotel in Tehran with 3000 square meters space was built on keshavarz blvd. The process of construction lasted for 27 months and it cost 56000000000 Tomans, Finally it established in 2000 with 224 rooms.

Espinas Palace Hotel is a grand family residence situated in the northwest of Tehran. The Palace is a fantastic alternative to conventional hotel accommodation both for the corporate guest and discerning city visitor. The boutique-style rooms and suites are fabulously equipped and friendly staff will attend to your every need, giving you complete privacy,when you need it and the comforts to which you are accustomed. Espinas Palace café offers a wide selection of drinks, light refreshments ... 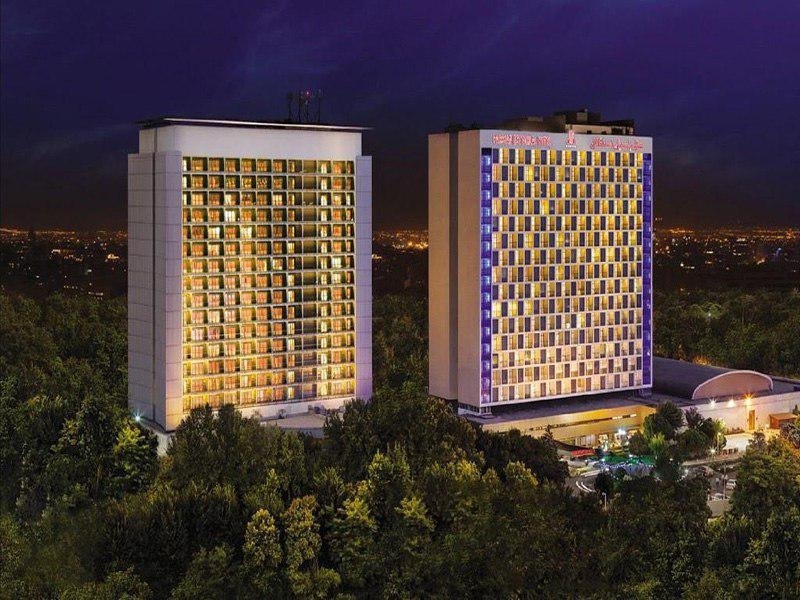 Five star Parsian Esteghlal International Hotel owned by Parsian chain hotels with 70,000 square meter of space is located in bagh-e-shahr area . Esteghlal hotel is not only the biggest hotel from chain hotels of Parsian , but it’s also one of the best hotels of Parsian Islamic republic of Iran. West tower and east tower were build in 1341 and 1351. Different types of restaurant , conference halls, sport clubs, swimming pool, gym and shopping, there are part of the services that our hotel ... 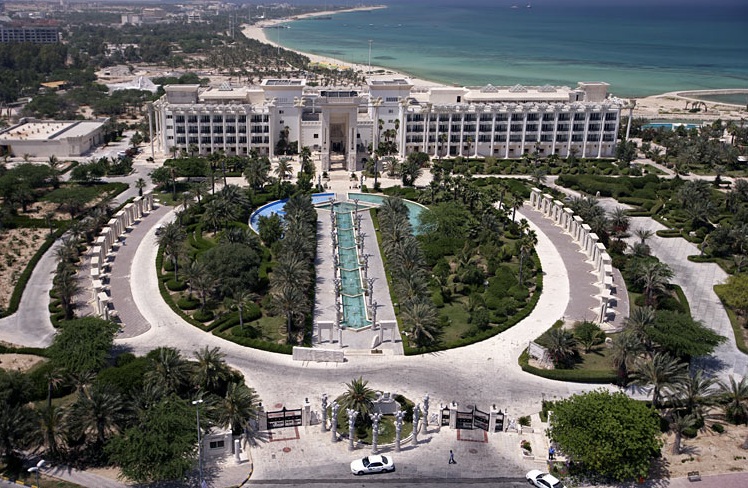 This 5-star hotel in Kish is built inspired by Persepolis and it’s such a proud and dignity for ancient Iran. This hotel with 125 million dollars in a 121000 and 330 square meters land, there are 200 rooms and 500 beds and facilities like; billiard salon, ping pong, massage rooms, boat riding and classic show. Residents of this hotel can also benefit from a 50% discount on bird gardens and dolphin parks. 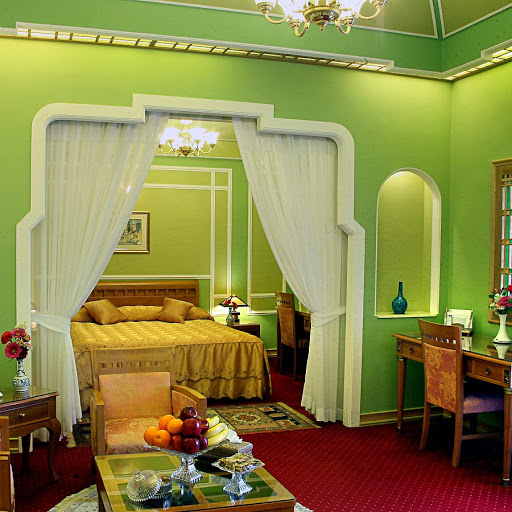 The luxury Abbasi hotel in Isfahan

Abbasi hotel actually is the oldest hotel in Iran. Of course the building had been used for different targets. This complex was built at the behest of Safavid Shah Sultan Hosein, presenting it to his mother. So it was called Shah’s mother school and guest house. In 1938, the Iranian insurance company, at the suggestion of Andre Godard, a French architect and the builder of national museum, decided to set up a guest house in this palace which this guest house was operated in 1960. This hotel has 186 rooms. 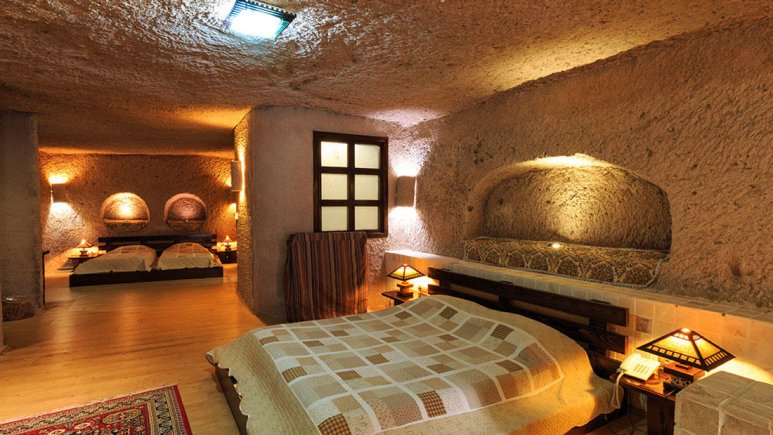 This is the third rocky hotel and one of the unique hotels in the world. The hotel is located in distance of 22 kilometers to Esko city and 62 kilometers to Tabriz. It has 40 rooms that the first phase of them operated in 2009 and the second phase was operated in July of this year. The archaism of Kandovan village in some people opinion turns back to 7th century and in some others opinion it’s related before the arrival of Islam. Kandovan hotel architecture is inspired of the old houses of this village and custom ways. The height of these ancient houses, get to 60 meters some times which are placed in heart of mountain like hives. 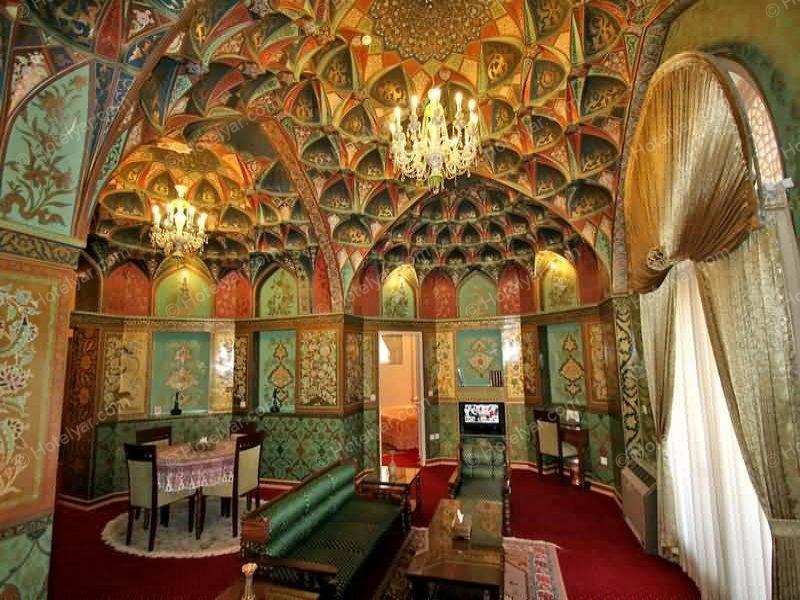 According to Ibrahim Poorfaraj, the head of the Iranian Tourist Society, as many old houses in this city have become hotels in traditional tissue, Yazd is the only city in Iran where there is no shortage of hotels. A while ago it was reported that among the all traditional hotels in Yazd, Malek Al-Tojar Hotel is the most expensive hotel. The estate belongs to the mother family of Ali Asghar Khan Shirazi, a merchant from Yazd who traveled to China through the Silk Road and brought silk, spices, Chinese dishes and carpets to Iran, dried fruits to Muscat (Oman) and he brought fabric from there to Iran. Nasser AL-din Shah gave him the title of Shah merchant. This hotel now has 4 rooms and it was operated 13 years ago as a hotel.

Malek-o-tojjar Antique Hotel is an ancient mansion once belonged to a guy named Haj Ali Askarshirazi, one of the well known business men whose title "malek al tojjar" was bestowed by Naser al din shah, a king of the Qajar dynasty, due to his trustworthy. His descendants of four generations lived in this house. A narrow alley enjoying high walls is the entrance. Various rooms of the building have unique characteristics each adorned with paintings on the walls and ceilings by prominent ...